Hi
You made a great Job ! Very good Pictures and the best Battle Diorama !

One thing that strikes me more and more as I look at the shots is how the whole piece is "atmospheric", in the sense that the story telling really comes across from the pictures.
This is truly well done, with passion, and that also transpires.
Please keep posting!

p.s. I especially enjoy the smoke effects on parts of the battlefield.
p.p.s. The flags are also quite beautiful.
Nach oben

Thank you once again for everyone’s kind comments they are most appreciated and inspire me to keep up the pace.

Thank you Sala for the comments on the flags. These are Nap flags printed out on the computer. I mount the glued flag and then ‘drape’ it whilst the glue is drying.Cotton cords are then added and painted giving a nice effect. I personally do not like square flags on units as they are not realistic unless a force ten wind is blowing.

The main antagonists have now arrived and the French are in the ascendency.

I am currently fighting the next move and hope to have some more pictures soon.

Great work again my dear Mr. Dodson!
Compliments for the detailed painting of the Highland-infantry. 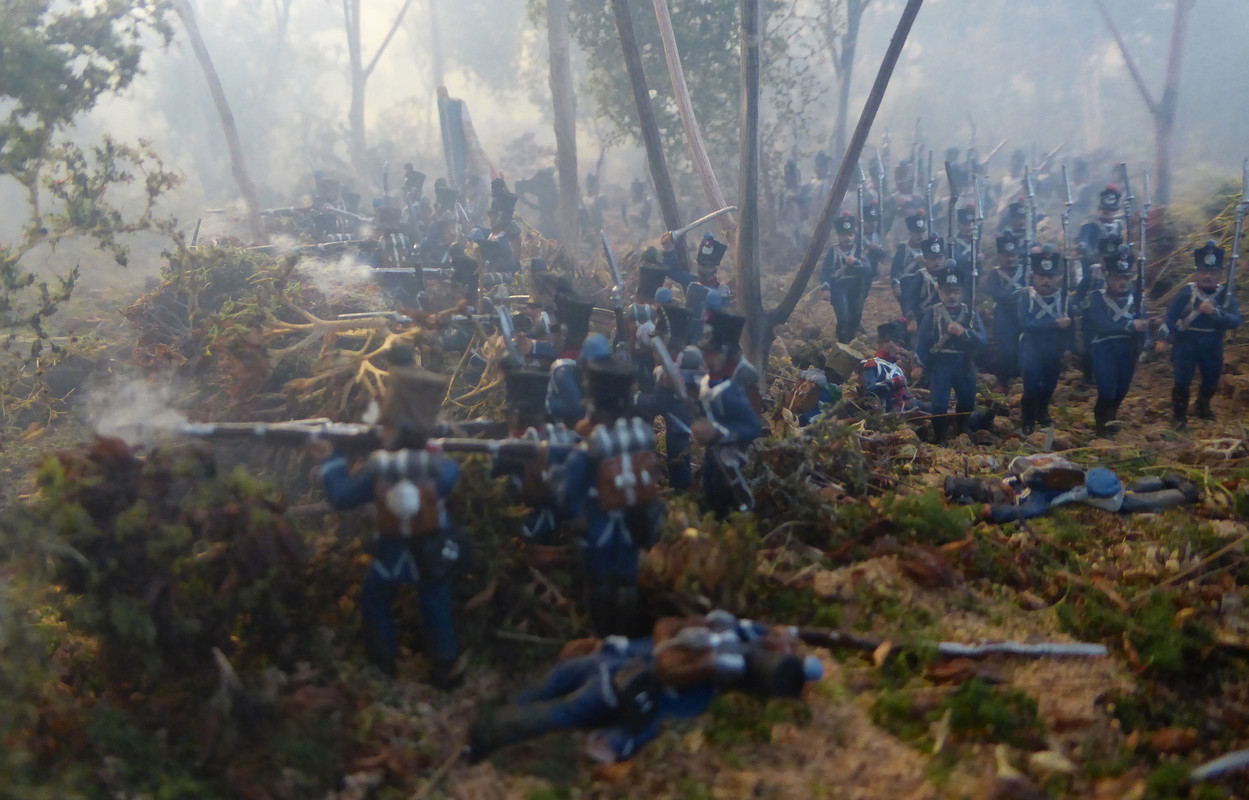 Brunswickers from the Avantgarde, under Major Adolf von Rauschenplatt comprising Gelernte-Jager and Light Infantry deploy in support of their Nassau and Belgian comrades.

French artillery assembled on the Heights of Gemioncourt are engaging the British infantry of Picton's 5th British Infantry Division.

British and Hanoverian artillery units are now in action giving the Duke some much needed artillery support. 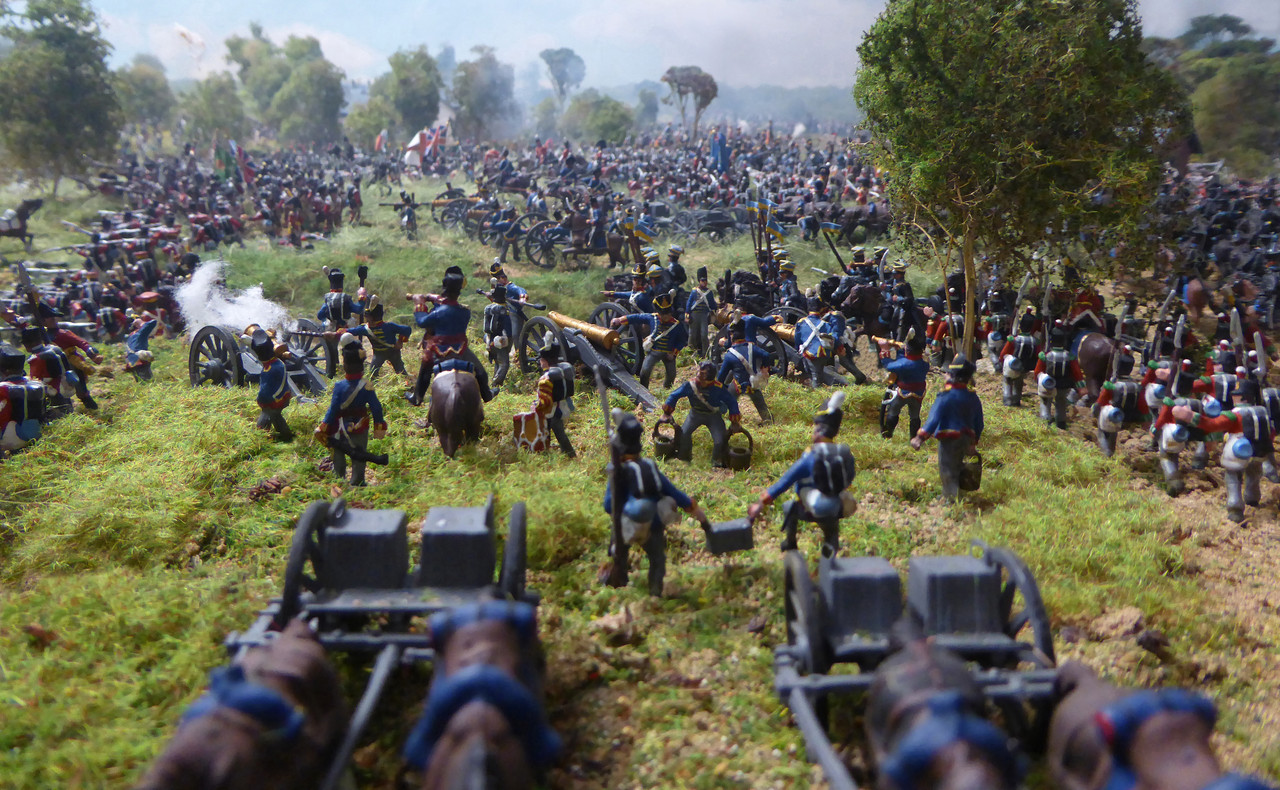 This unit is supported by 44th Regiment of foot, the East Essex, commanded by Lieutenant-Colonel John Hammerton. 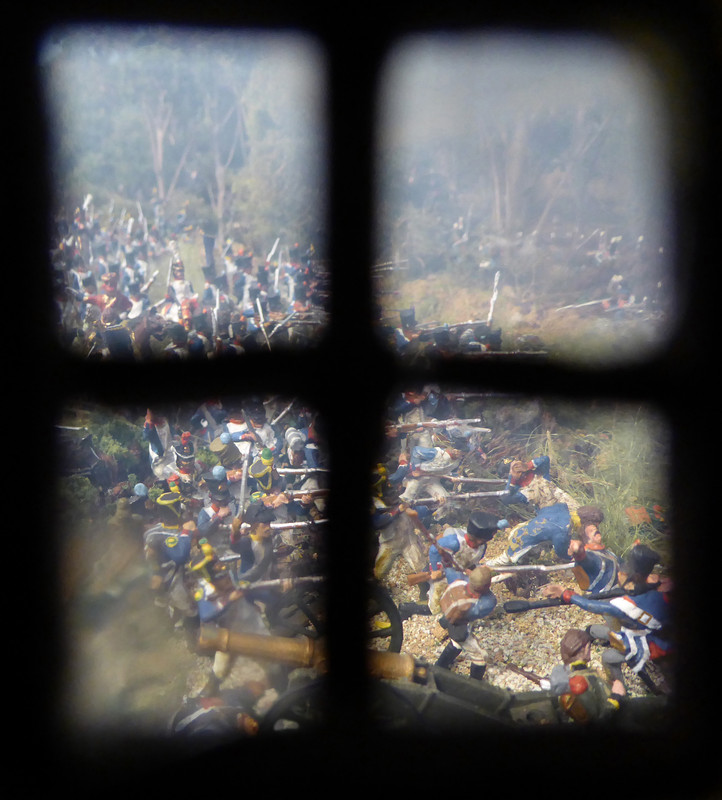 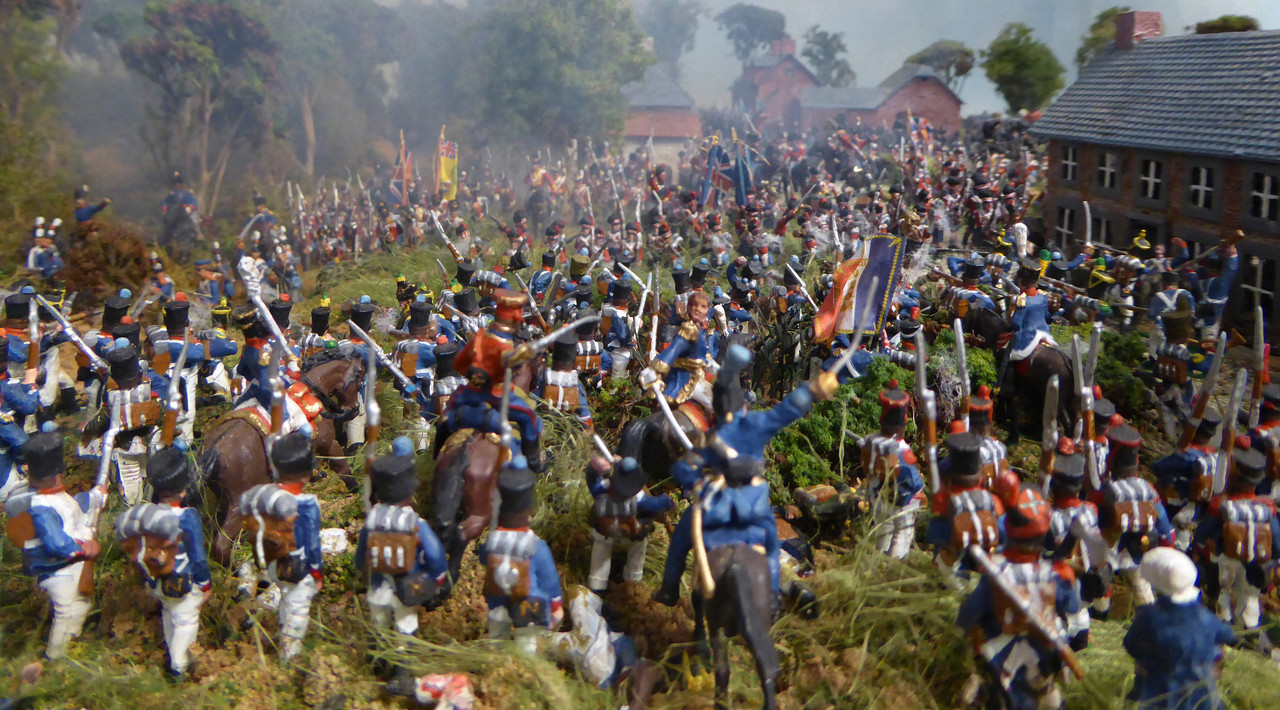 The Duke is heartened by the arrival of the Brunswick Hussars, Major Frederich von Cramm in command.

On the Allied left the 6th Dutch Hussars, Lieutenant-Colonel Willem Boreel having seen off the French 6th Chevau-Legers-Lanciers are assailed by by their comrades from the 5th, Colonel Jean-Francois Jacqueminot comanding. 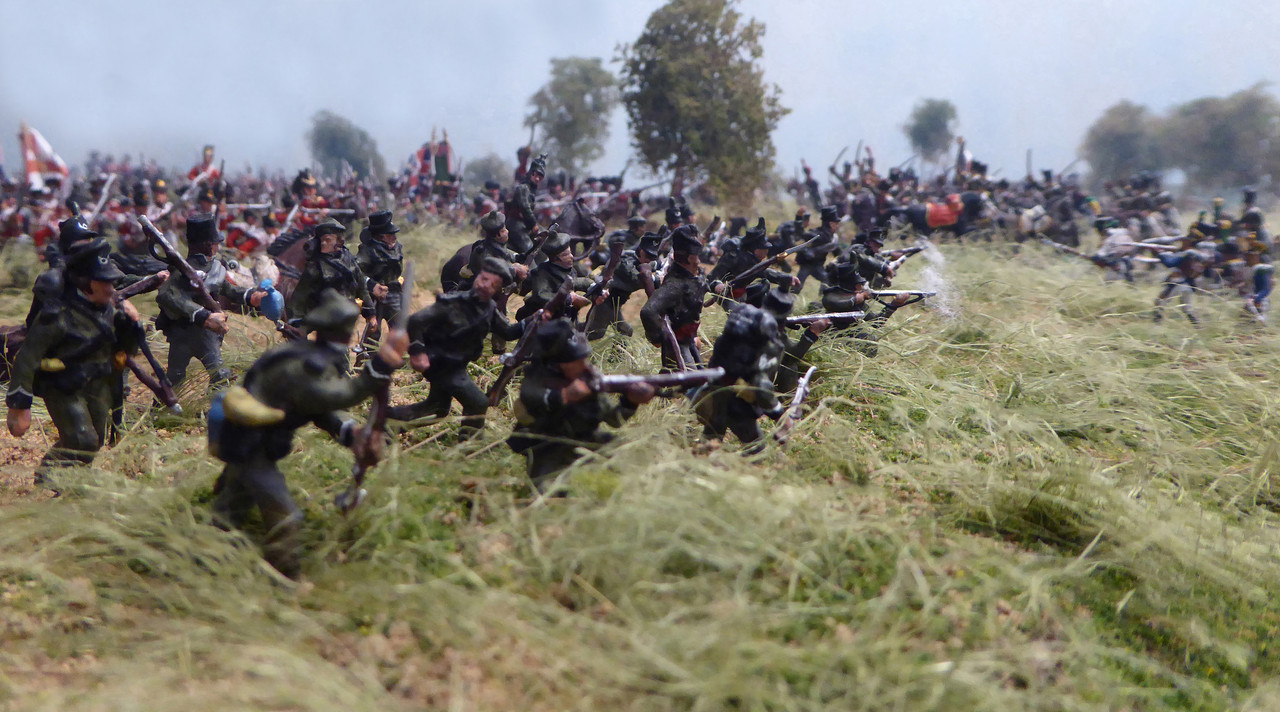 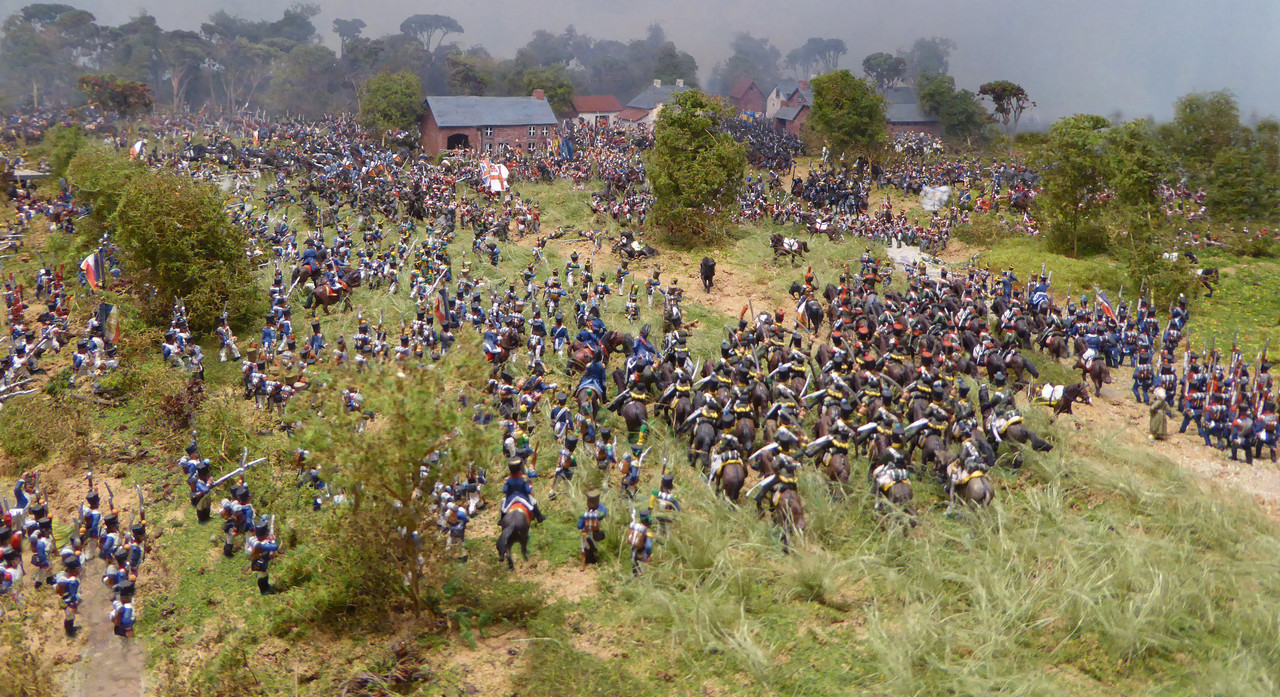 The Allies are now engaged along their whole front as well as their left flank on the Namur road.

I think the picture that best encapsulates your use of smoke is this one;


My two "eagle eye" favourite ones:

But to me, the one that takes the cake is this one, for its intimacy.

Keep it up!
Sala
Nach oben