Thank you Mr C, most appreciated.

Kinetic energy and flesh do not make good bedfellows. It is to our eternal discredit that we as a race seem to spend so much effort on fiendish devices to kill one another.

I have an eighteen pounder fuse head from WW1 which shows the incredible engineering that went into ensuring it’s destruction and that of others. What a waste of talent.

Nevertheless, the French main attack is now underway with Kellerman in support. Will history be reversed?

Nice progress, and amazing atmospheric shots that bring out the whole thing: the realist in me can't help but notice a hussar being "atomized".
Very good story telling, once more.

Keep up the excellent work! 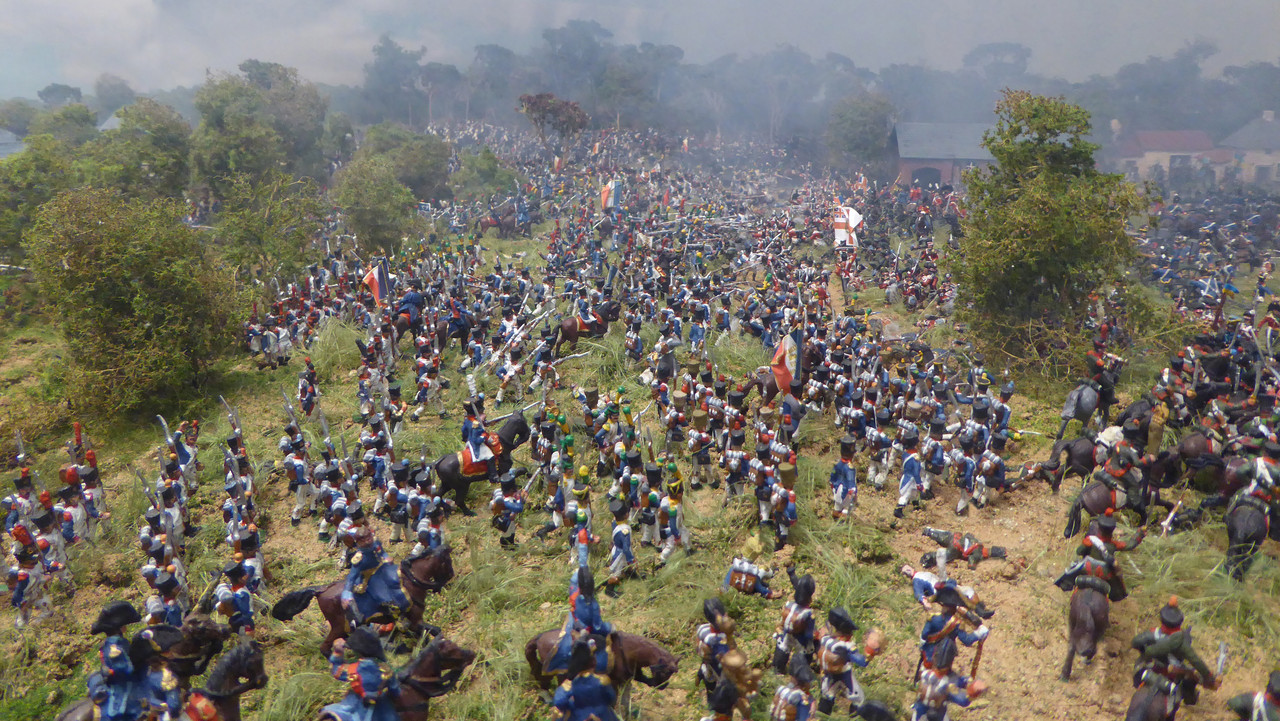 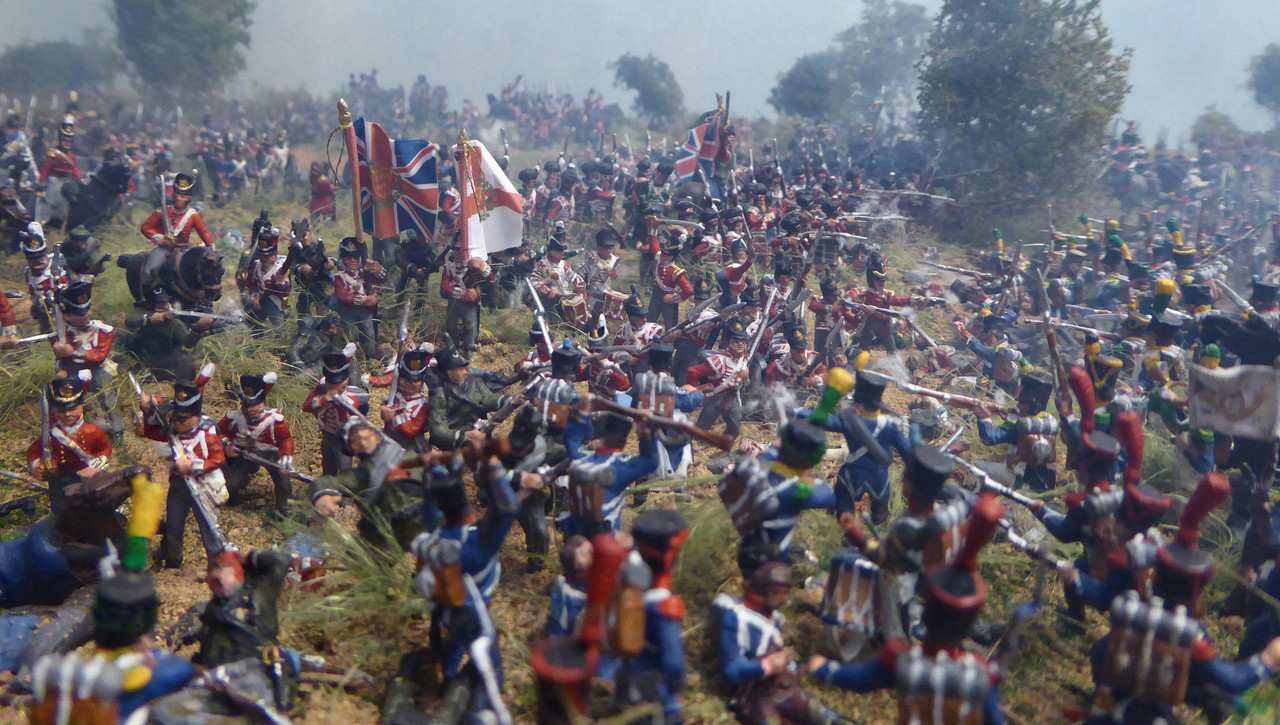 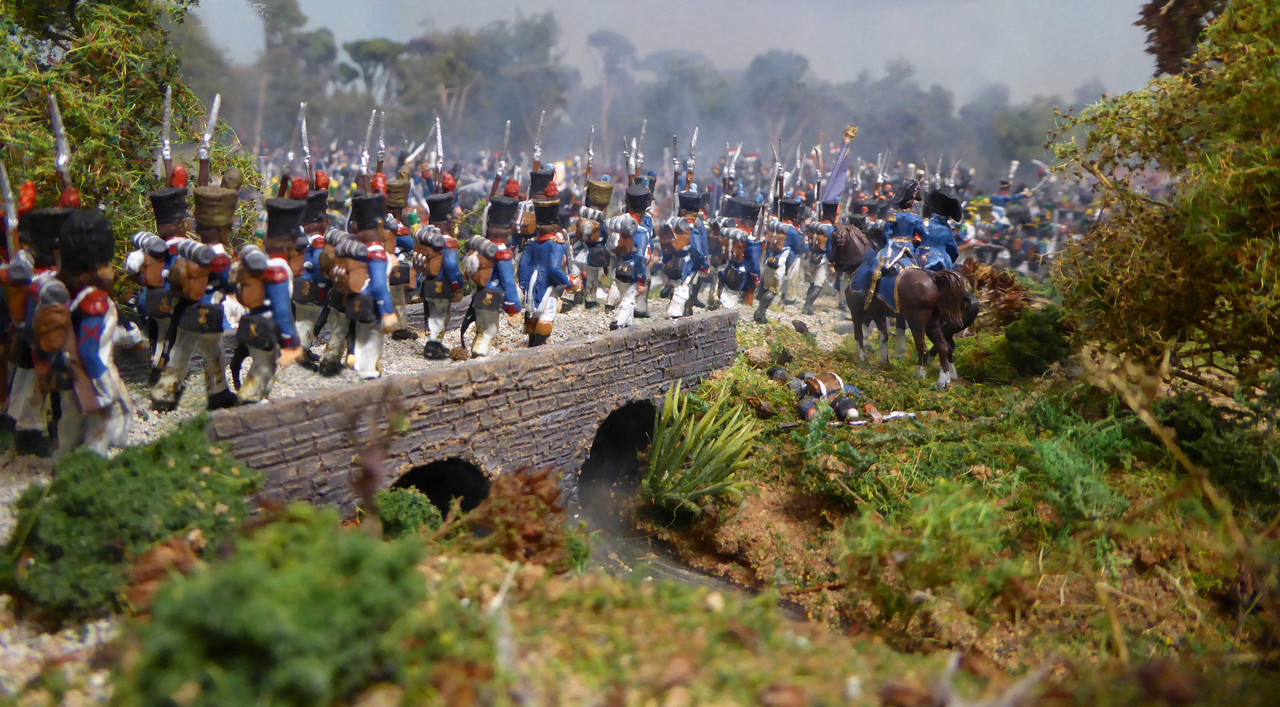 The Brunswick hussars, Major Frederich von Cramm commanding, have charged the French infantry between the Bois de Bossu and Ferme La Bergerie and despite suffering heavy casualties on the approach are engaged in a melee. 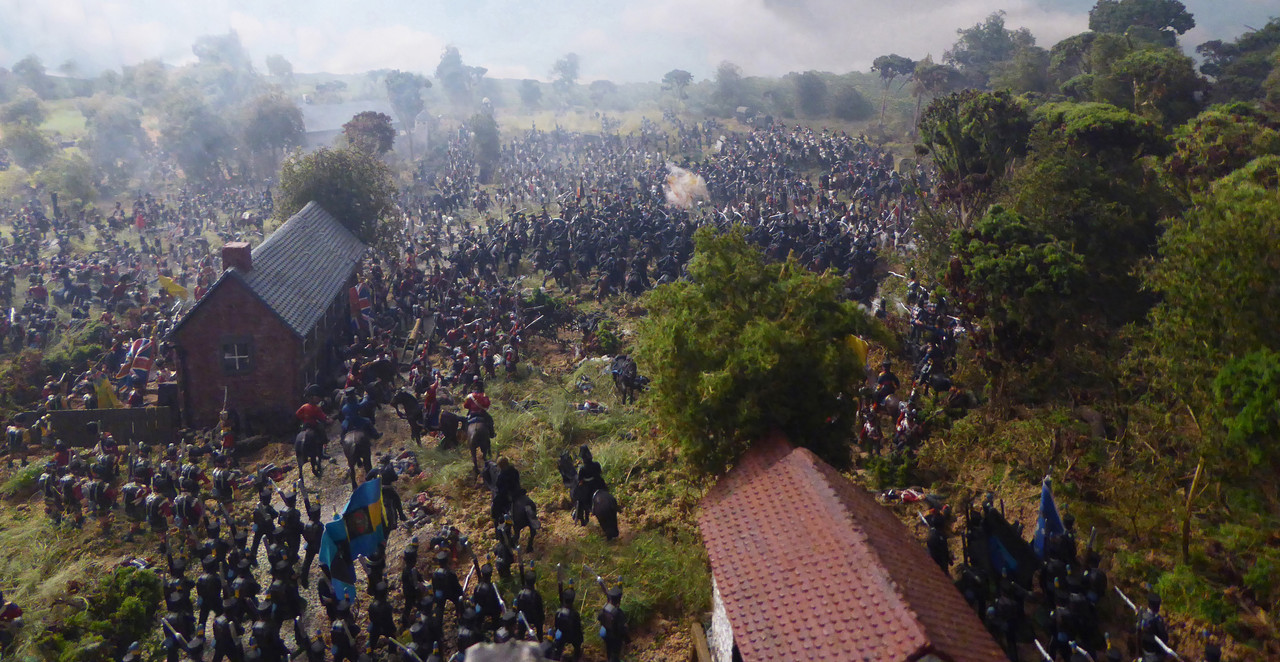 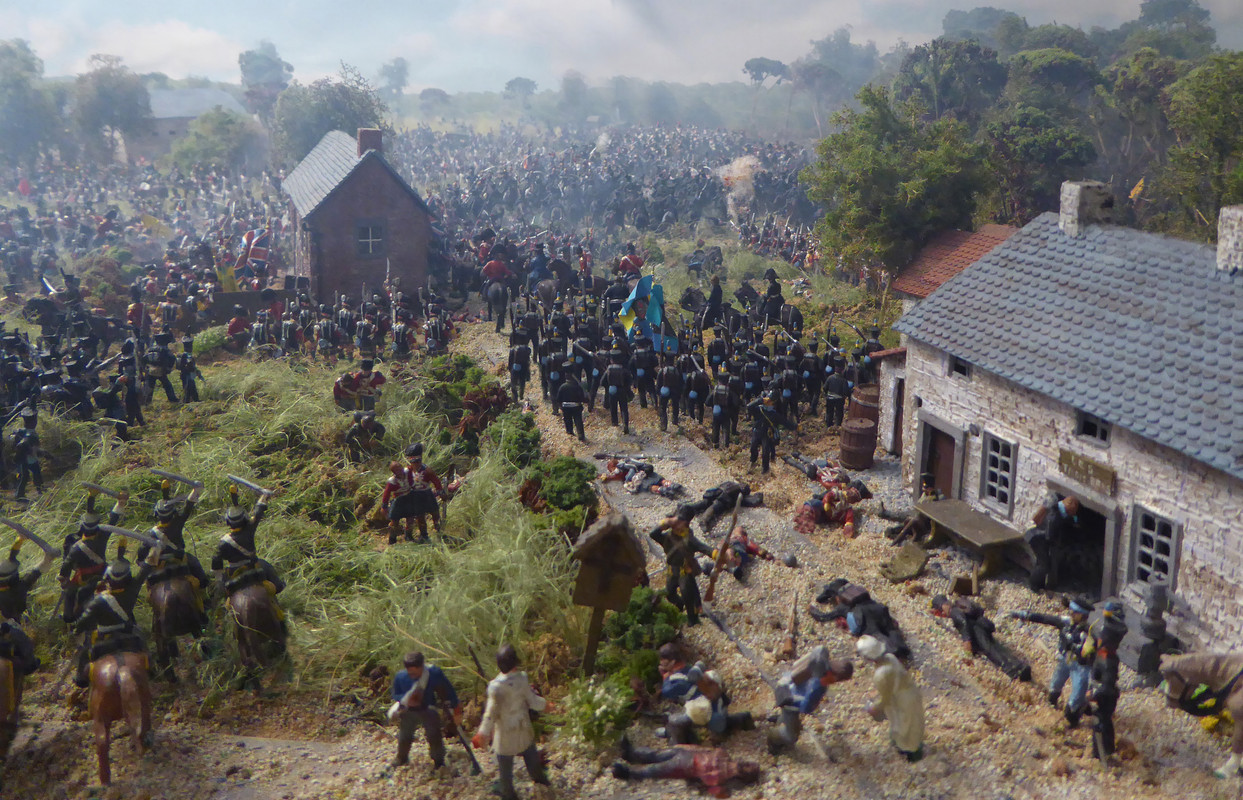 Unfortunately, the British artillery is severely handicapped in target acquisition by undulating terrain and the tall crops. Nevertheless, No2 Company Royal Artillery Brevet Major Thomas Rogers has redeployed to assist the Allied centre. 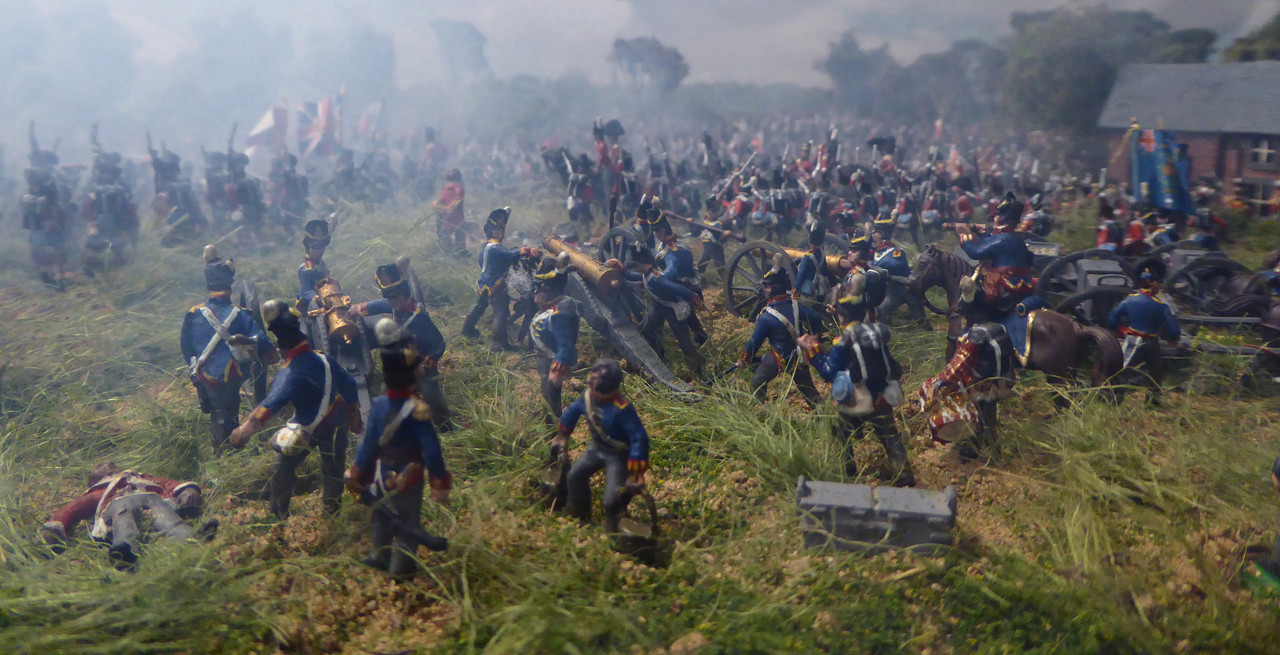 His Grace, The Duke of Wellington has received news that 3rd British Infantry Division, Lieutenant-General Count Carl von Alten is approaching Quatre Bras, but, will it be soon enough?

To add to the Duke's woes, Lieutenant-General Francois-Etienne-Kellerman Comte Valmy is proudly leading the cuirassiers of French 2nd Cavalry Brigade straight at the Allied centre. 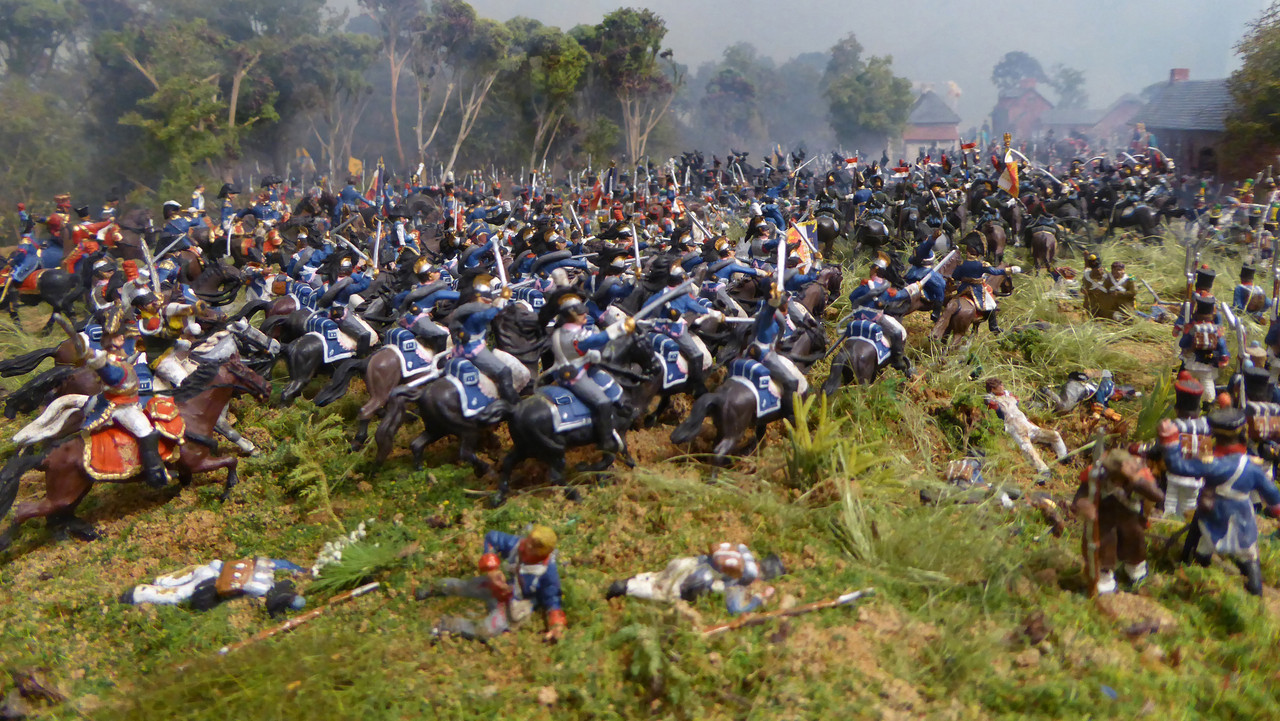 Really great chris ...
This is for me living history.
I am absolutely impressed by your work of art.

This project of yours is so impressive! I was going to do Quatre Bras as my next project since the Netherlands forces were so pivotal to holding up the French advance and giving Wellington some more time, but no more..... your approach is so comprehensive. Well done.
Nach oben

WOW!
What a rendition.

Brilliant, absolutely brilliant diorama, and so atmospheric.
Love the chaotic feel of the whole thing,just like being there.