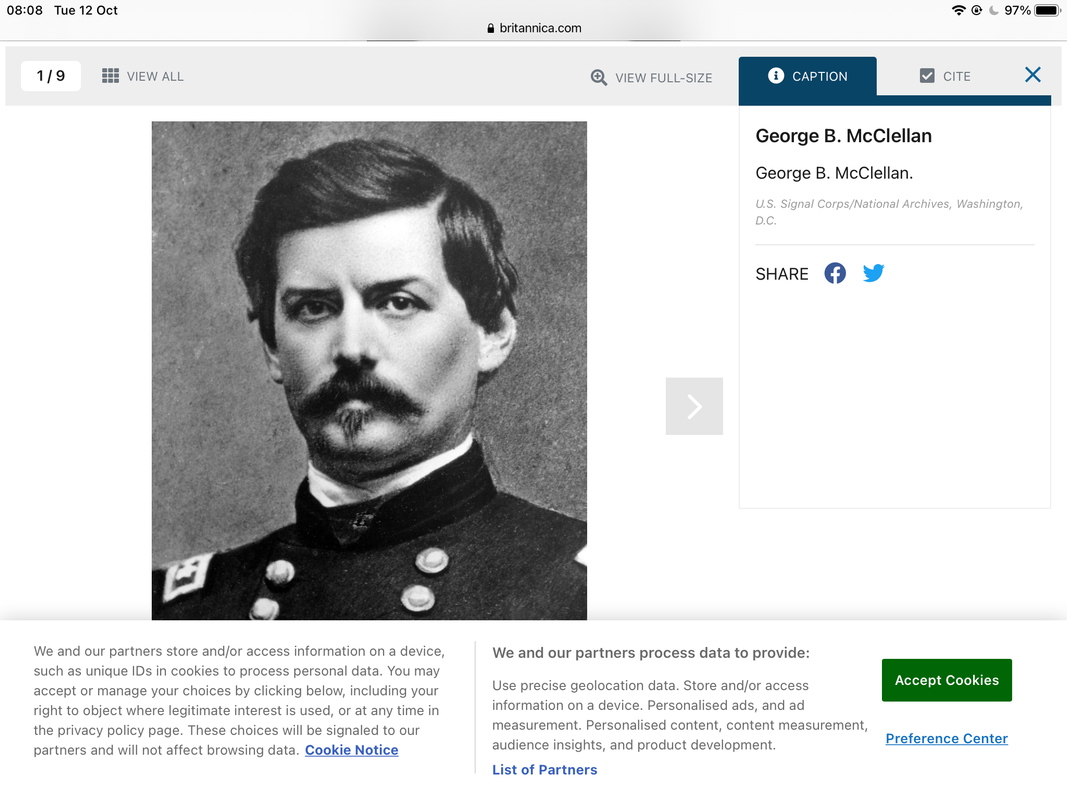 I have started to lay out the ‘setting the scene’ story to the refight and was immediately unimpressed with my McClellan from two years ago.

A bit of research and a lucky find of an Art Miniturian casualty resembling the good general resulted in a head swap and and an upgrade. 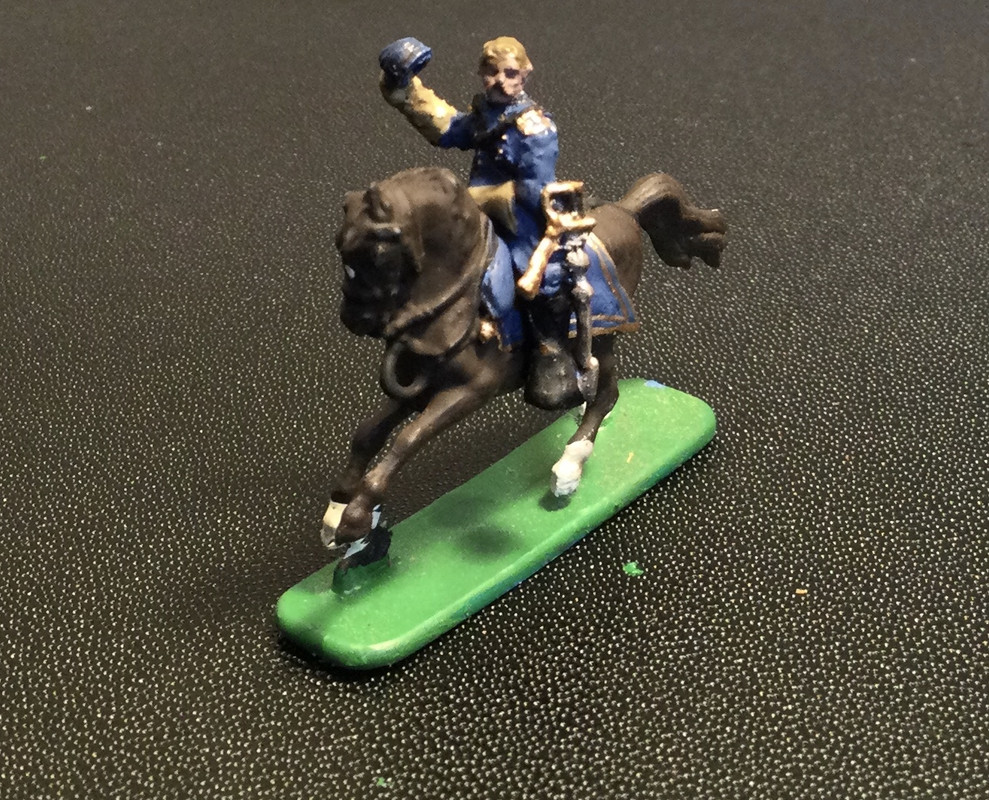 Seeing as he was dead I repainted his head and am pleased with the result. 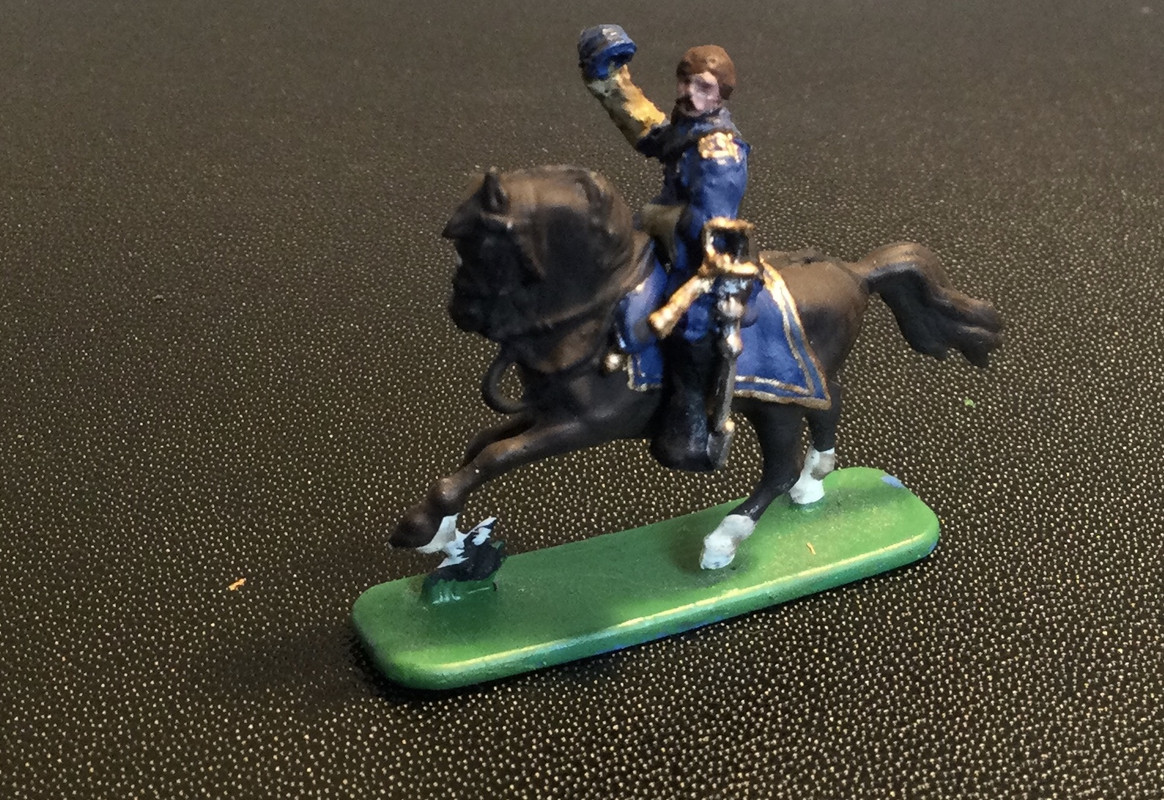 I want to be scaled down myself and have a little walk in your diorama. It would be very nice till the fighting begins.
Thanks for showing us every step. I love it.
Nach oben

Thank you Florian, you would be most welcome. 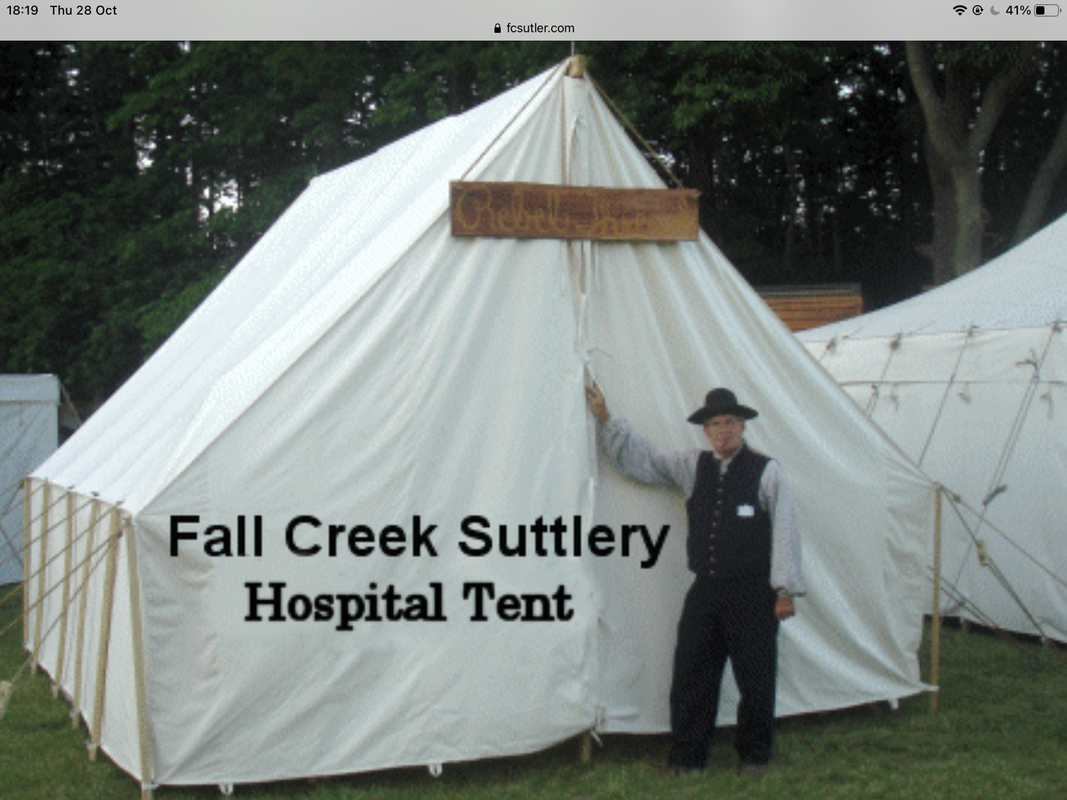 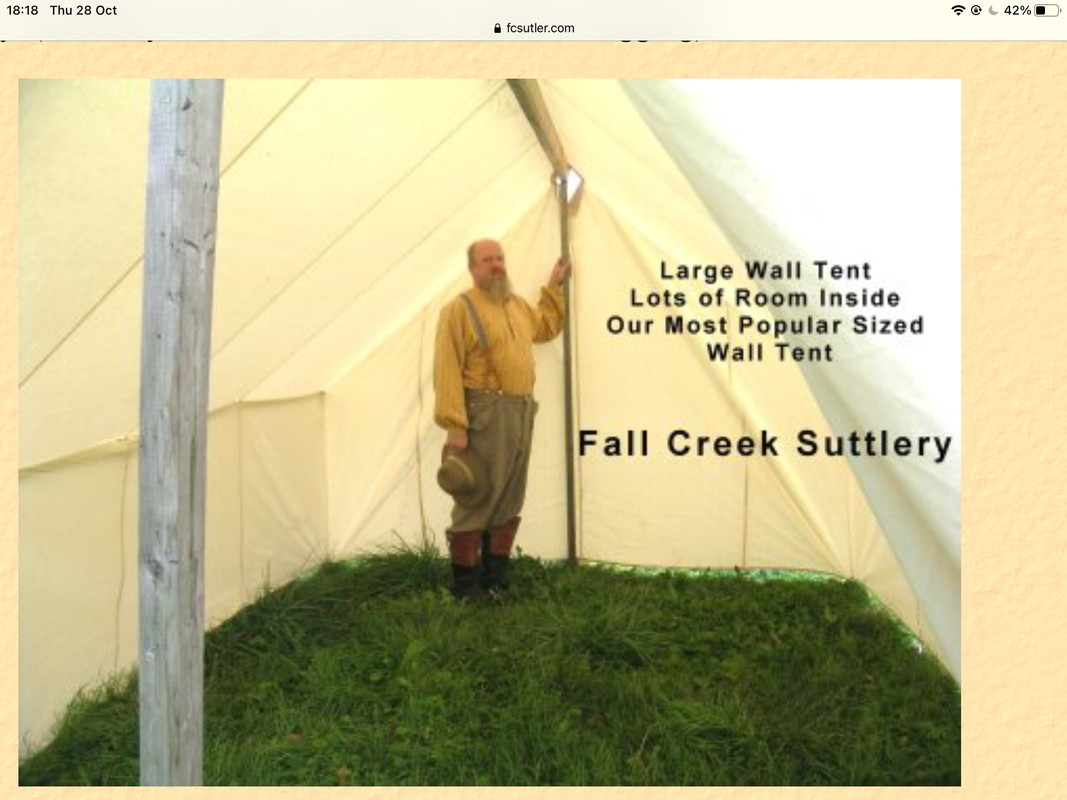 I was thinking of casualty/ command posts and started to investigate Civil War tents.

I first cut the posts out of balsa and tied thinned picture wire for the guy wires. 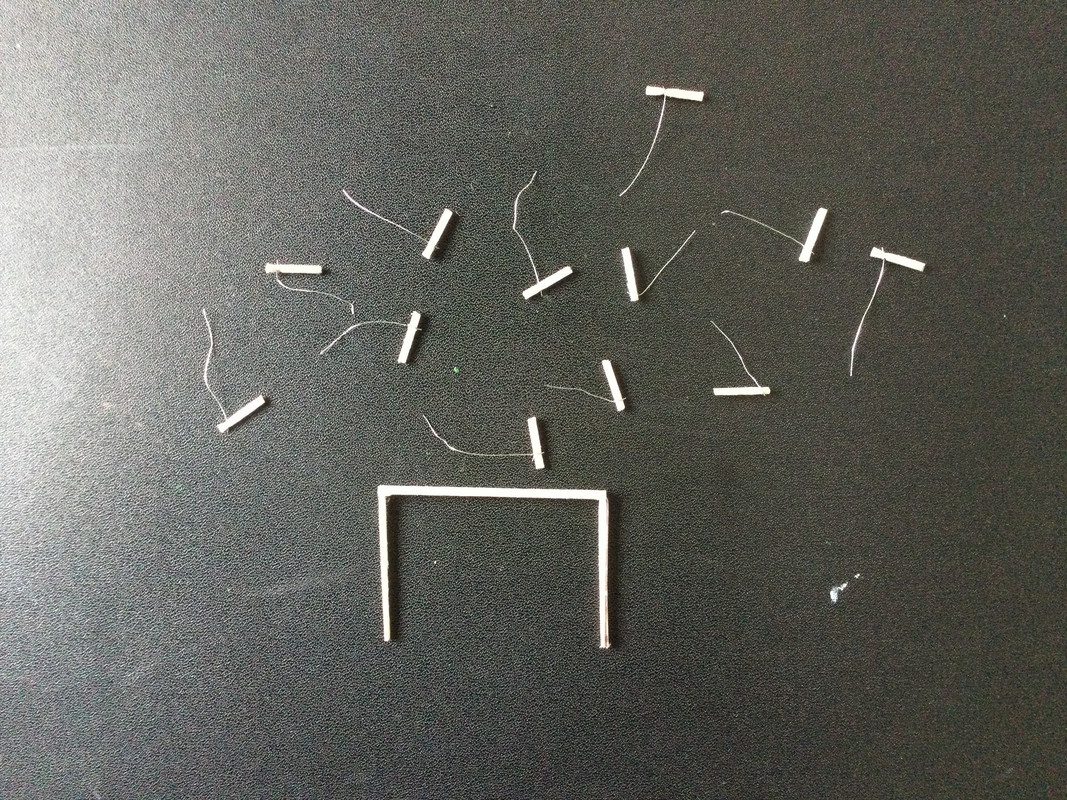 I then formed a template from paper before cutting the canvas from toilet roll. 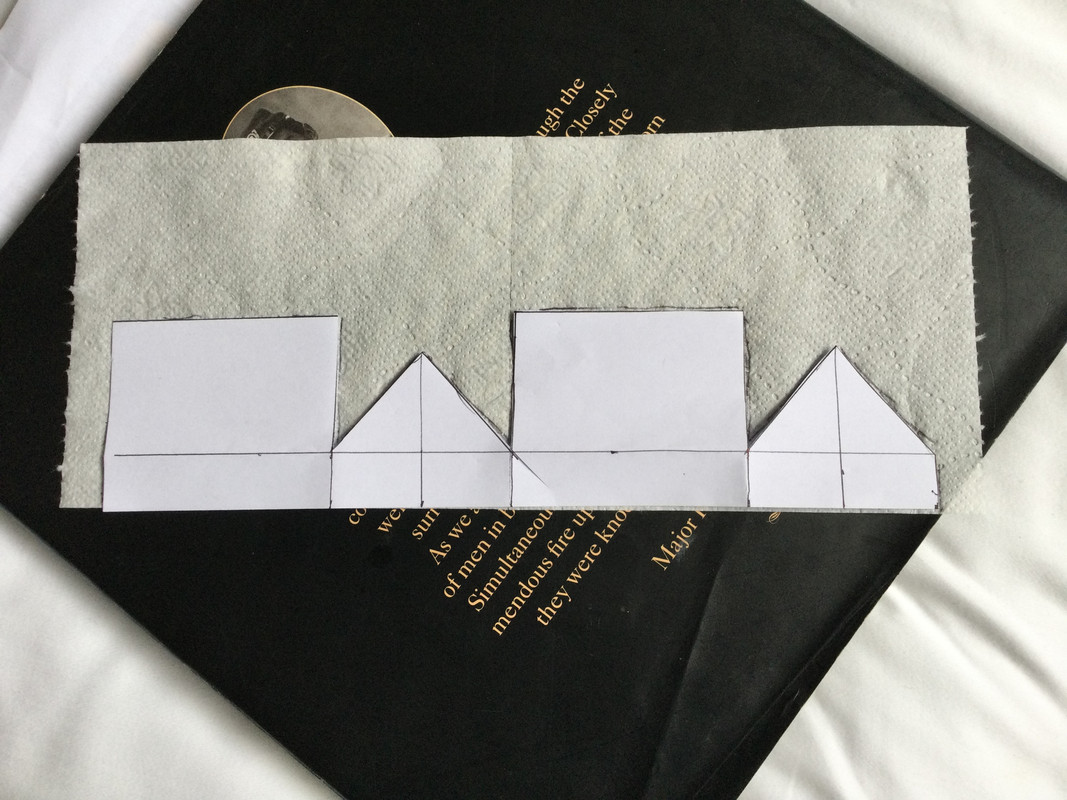 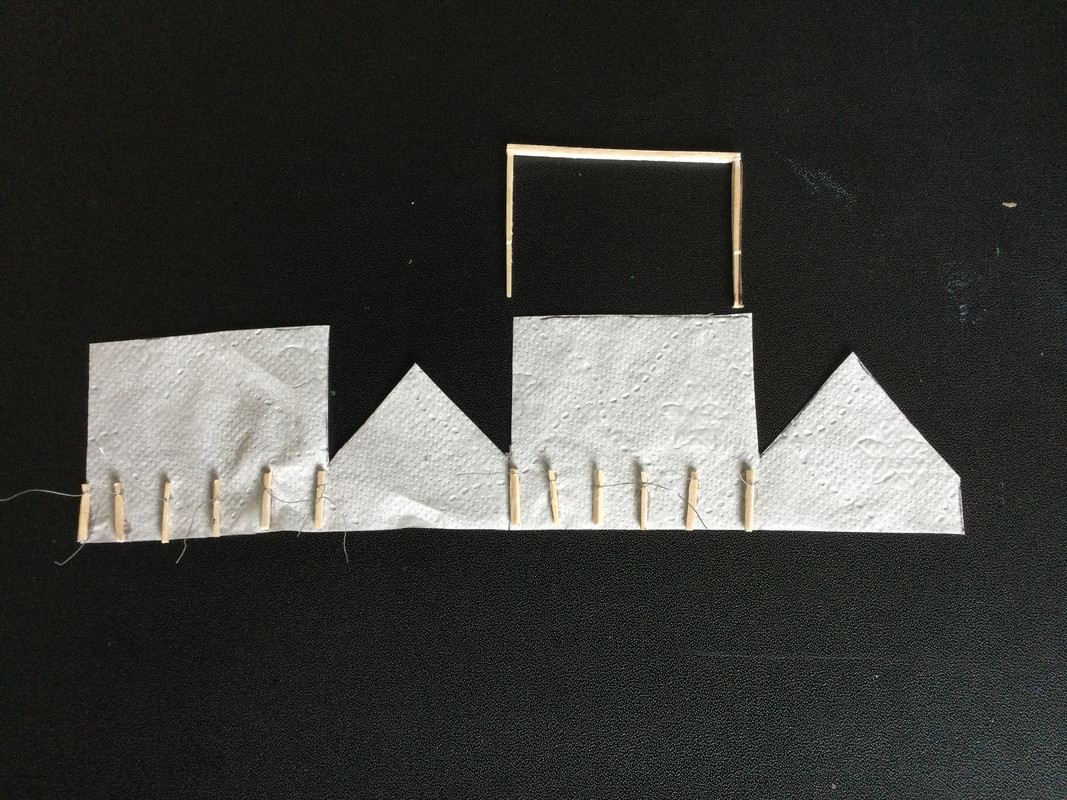 The whole thing was assembled and given a coat of white paint.

I was really pleased with the result until the camera revealed a ‘quilted look’. 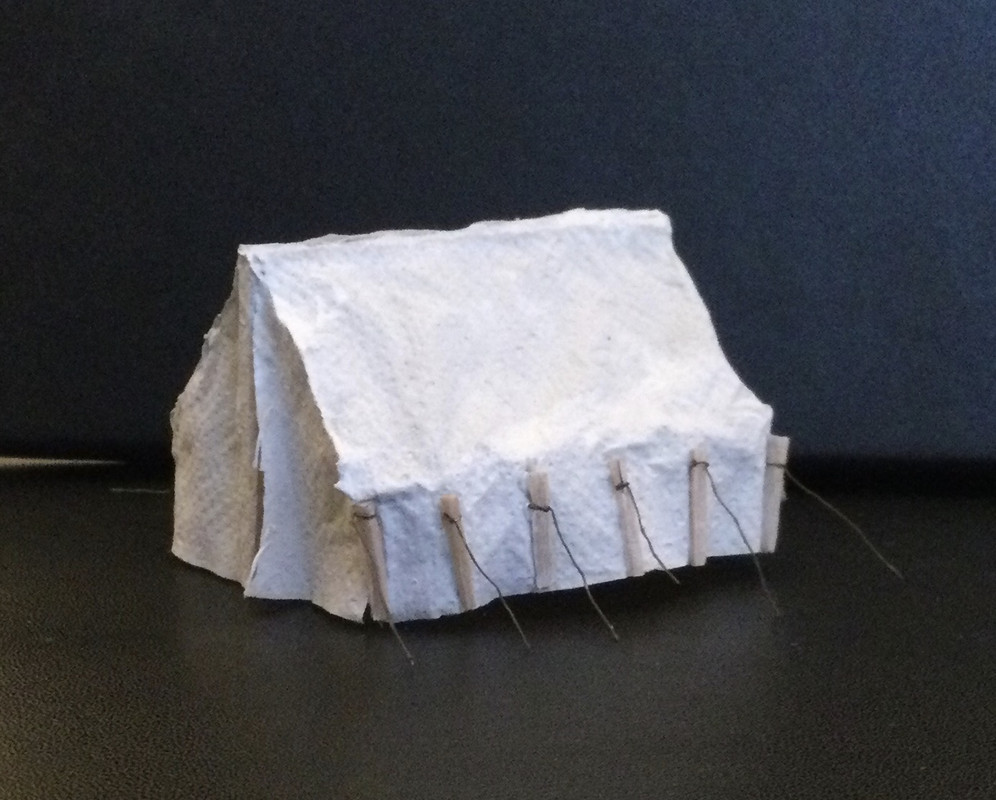 The mark two will require a cheaper weave!
Nach oben

I showed my tent to Der Feldmarschall who condemned it as Sh1t!

I have therefore erected a new tent with an inferior toilet tissue that does not have the quilt that derrières of distinction prefer.

It is, I think an improvement, but the construction is a nightmare due to the tissues fragility.

I took a little trial shot and low and behold a tent peg has broken off! 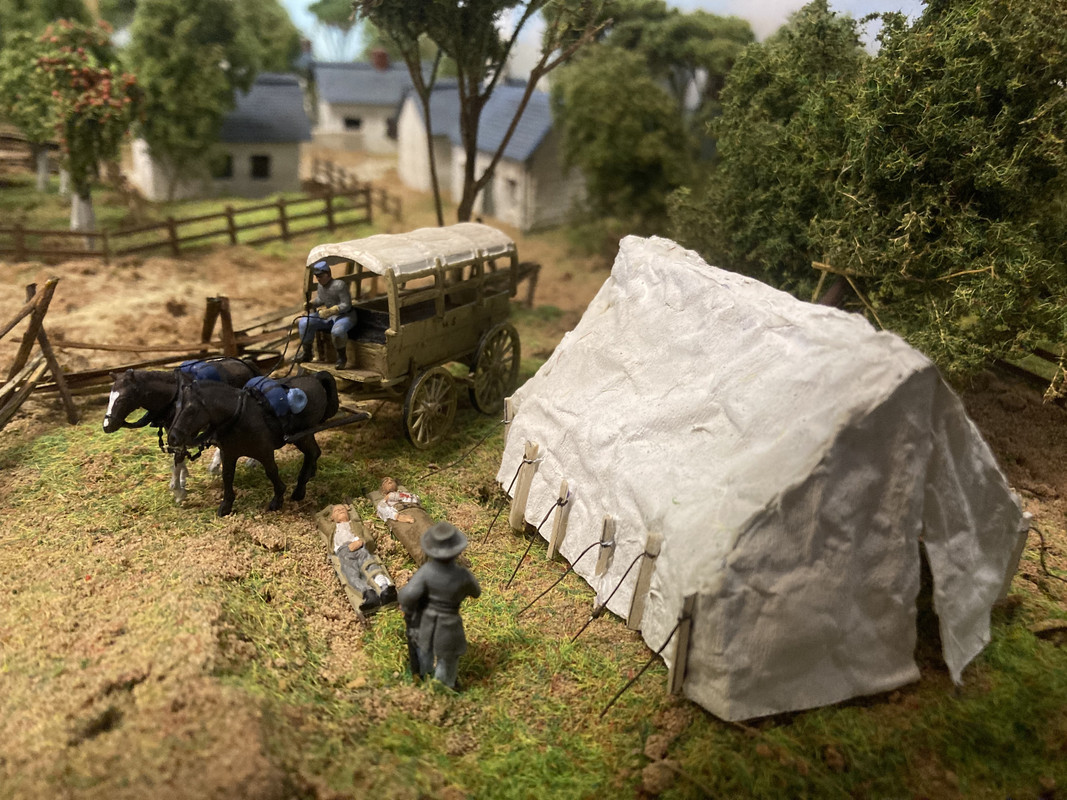 I will graft a new one on but in the meantime I am finishing off the Confederate dispositions as according to Carmen and the LOC.

My very good friend Thomas Mischak has sent me the new Hagen command set along with the Lee and Longstreet set for my project.

I can never thank him enough for his kindness.

I have decided to utilise these figures for a Union command scene with our friend George.

The Union HQ was at the Pry house but I do not wish to construct this edifice for just one picture as it is off the table. I therefore thought a command tent would be in order.

Another head swap and ‘Little Mac’ is busy pondering his latest West Point theory presentation in a command tent. Mr Porter ( Fifth Corps) is in attendance.

The tent is balsa , picture wire and tissue. I would recommend using split twigs as uprights as the construction is very flimsy.

The Union staff set up telescopes and binoculars for the good general to observe the action.

I fashioned a large spotting telescope from a thin rod of plastic with glued tissue paper to enhance its bulk and lens/ eyepiece. It is mounted on the Stretlets camera tripod.

George’s map is a reduced print ‘ Ala Egbert style’ taken from an original army map.

I was going to use four horse teams for the artillery but felt that the six horse teams had a better look.

This means lots extra horses so I used tissue and greenstuff to make up the riderless horse packs on the Zvezda Russian artillery horses.

I also found some more surrendering Germans and a cowboy.

They chop up nicely to make Confederate prisoners.

The Stretlets Union officer pose comes in for criticism from PSR and quite rightly so.

However, I think that the idea is sound and by replacing the hand and sword with an Italieri cavalry chaps weapon a more acceptable result is achieved .

The Stretlets bugler in enhanced by chopping off his trumpet and replacing it with an Imex bugle.

Incidentally, this period of the war saw the increasing introduction of bugles as a more efficient signalling system than that of drums.

The weather has been below freezing and I have not been able to work on the battlefield because of the cold.

However, all is not lost and three more brigades of Confederates and two Union brigades have been completed.

The Mumma farm complex was burnt down as it was considered a potential haven for Union sharpshooters .

This is obvious on my recreation of the field.

A Staff Sergeant James F. Clark was in charge of a detail from the 3rd North Carolina infantry from Ripley’s brigade that initiated the fire .

He actually wrote to the Mummas after the war to apologise for the destruction.

I wanted to recreate this event and to that effect chopped up some troops and am pleased with the results. 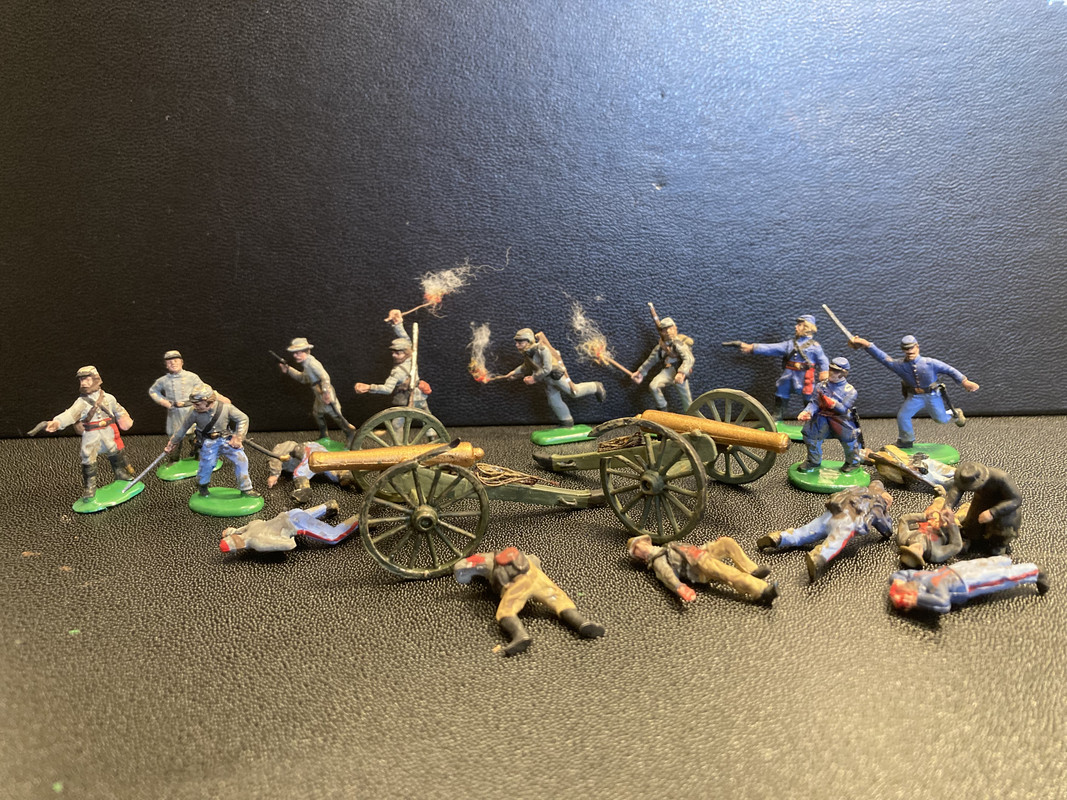 I found two Jacklex metal wheels and sliced them up to represent battle damage on a couple of Italieri cannon that I also enhanced with the prologue ropes.

Whoops, there are mould lines on the barrels. The camera sees all.

I have also drawn up the timetable for the action and am finalising my rules for the conduct of the troops.

I am not sure about the date as according to PSR some of the figures involved were not produced then.

Once the weather warms up I am hoping that Hookers attack can commence.