Excellent explosion of the limber

Also the way you use the light helps the effect to a maximum result.
Brilliant.

Amongst Mr. Gibbons compatriots I recognize the second on the right guy as an Airfix WWI German. And maybe that central guy too.
KATALOG https://crynsminiaturen.nl/
Nach oben

Thank you for your kind comments.

Getting ahead of myself.

This unit was formed in 1861 by Rush Hawkins from the ‘ New York Zouaves’ a private military club first created in July 1860. 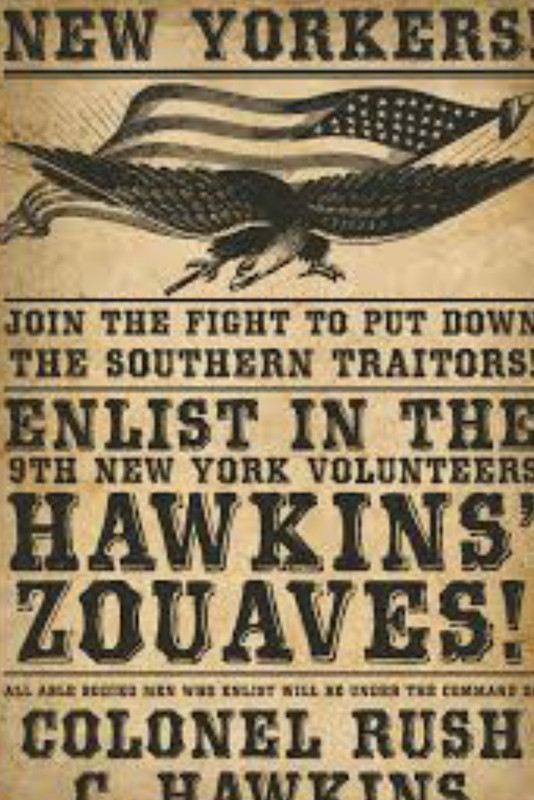 Rush sought out the uniforms and created the light infantry regiment in the fashion of the French Army Zouaves.

After seeing service with Mr Burnside in the Carolina’s campaign they joined the Army of the Potomac as part of Burnsides 9th Corps.

Mr Rush was on leave during the campaign and commanded was taken by lieutenant Colonel Edgar Allison Kimbell. 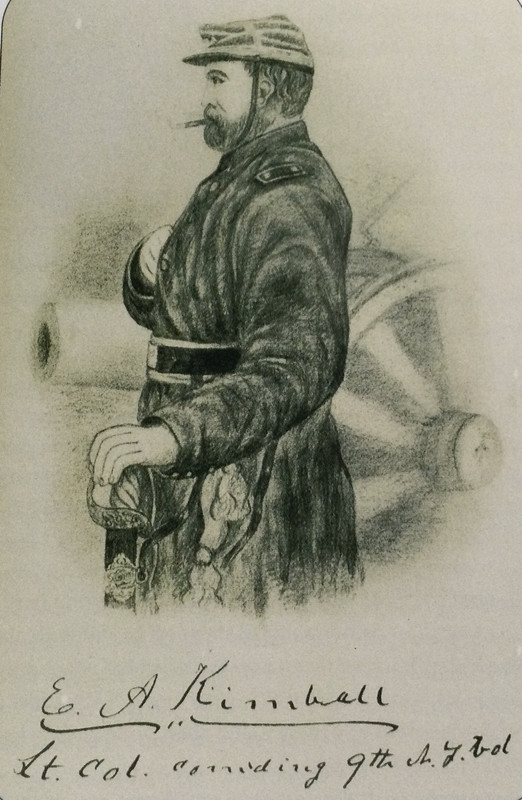 Kimbell was a Mexican War veteran who at the original engagement led his troops towards the ‘spires of Sharpsburg’ suffering substantial casualties in the process.

He was later killed by a Union Brigadier Major General Corcoran in 1863.

Allegedly, Kimbell was drunk when challenged at a sentry post and the incident escalated until Corcoran, exonerated at an inquiry, shot him dead.

You can not make these things up!

I have used the excellent Kennington troops, now under SHQ miniatures to represent these men. The figures are a little on the large side of 20mm but still fit in and look the part .

I originally was going to use and convert the Hat and Itallieri offerings exclusively.

However, I will use some of these for the firing lines and dead as required.

I was going to provide a Union flag for this unit but a little research suggests that the 9th NY Volunteer infantry received a silk regimental colour on 5th June 1862 from a Mrs William Moffat outside her home on Fifth Avenue.

My wonderful wife ‘Der Feldmarschall ‘ found a brilliant application called ‘print to size ‘ which gets rid of the hassle with word documents.

The flag was reduced from a picture to size and then printed.

Antietam was America's bloodiest day and my refight is going the same way with over one hundred and fifty casualty figures deployed in Hooker’s now stalling assault so far.

Stocks are down by half so it’s time to recruit more.

Pillaging my old Itallieri and some Revel guys and removing their bases has provided some semi useful poses for the overview lying around scenes. Art Minaturian Austrians and Prussians are better for closer work, whilst the Speira figures are generally the best for detailed pictures.

The YEKROL ‘ Bull Run’ set has some pretty hideous plastic bound casts but chopping off. obscuring bases etc has resulted in something a little more acceptable.

These figures are spoiled by the sculptor’s penchant for draping them over each other, cuddling horses etc which makes chopping them out very tricky.

Frank Beckers excellent Blog has always been very interesting and a recent post alerted me to the availability of some ACW artillerymen from Kai Furhman.

I have posted the link below.

The figures are very nice and artillery pieces etc are also available.

A scroll through Franks ACW work will give full details but in the meantime I have painted these fine fellows for Antietam.

The paintwork is not as good as the excellence of Frank’s work unfortunately.