Hey Chris,
my deepest respect...
Even if I've never been to america, your landscape absolutely convinced me.
You perfectly managed to reproduce the flair of the civil war time, that one only know from books, films and pictures.
LG Egbert

Thank you for the kind comments.

Having nearly finished my battlefield preparation I have begun fine tuning the scenery and upon noticing a usable gap decided to construct the Roulette storehouse. 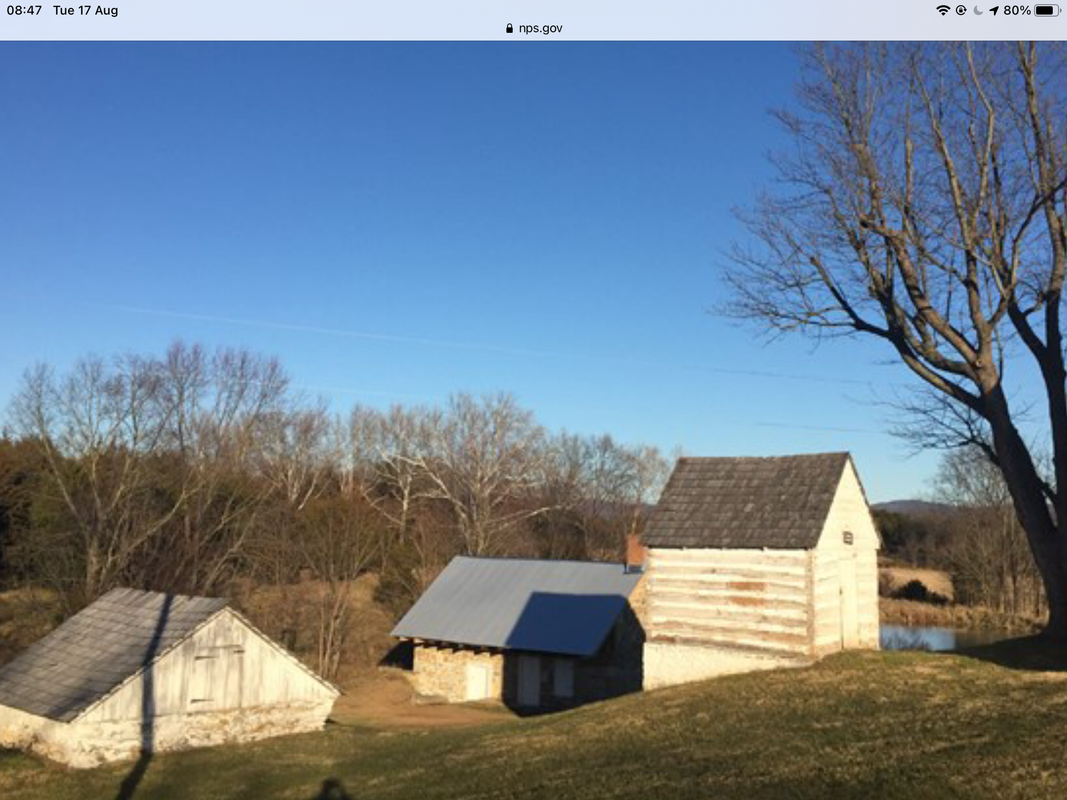 I would like to use this area as a hospital scene perhaps.

Once again the LOC have the details although the existing, original structure does not have windows. 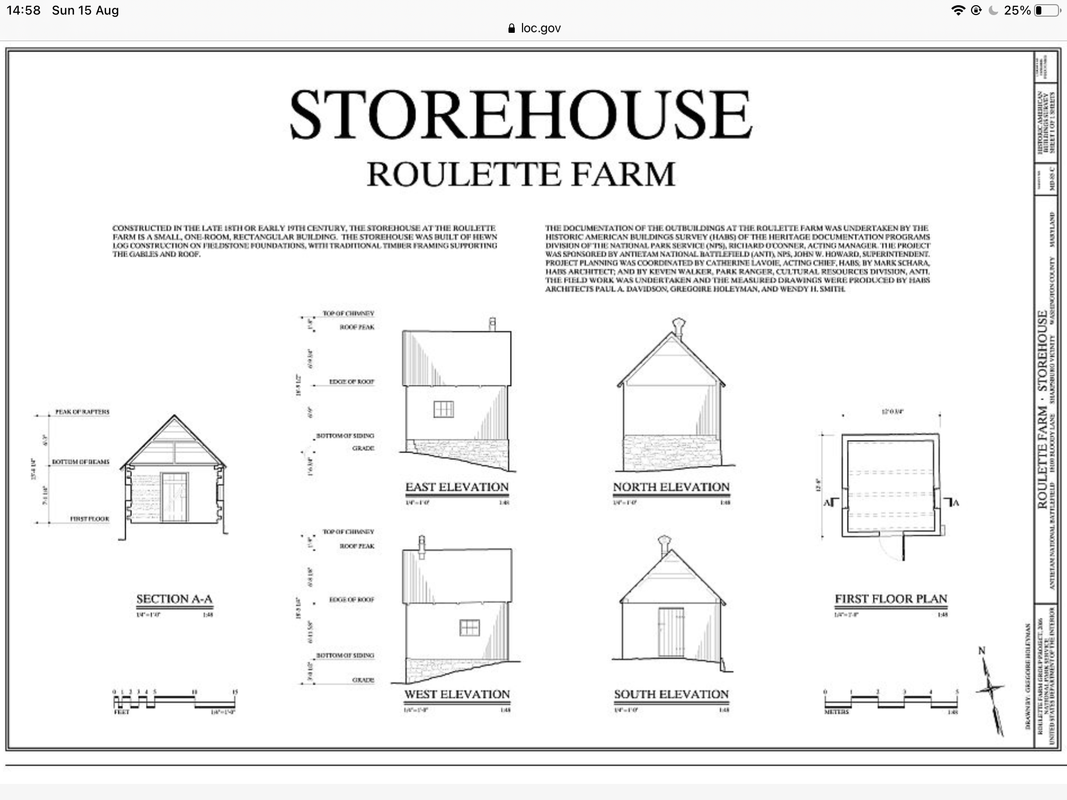 Being a stone, log and timber property I opted for the non windowed version as it is still standing. 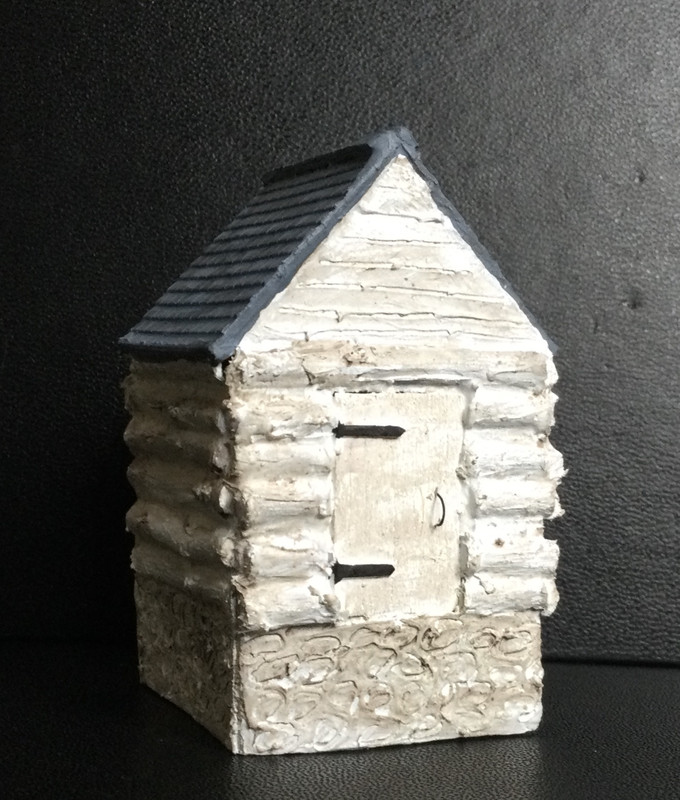 The structure is cardboard with twigs halved for the timber and caulk on top as per the original construction method. I used the similar method on the Mary !oacher farm.

Perhaps belatedly, I also came across this work which is immensely useful to students of the battle.

However, it does confirm my layout so I am quite pleased with the progress to date.

Fascinating to see the Mumma stream in the background. Check.

My late friend Peter, a Civil War authority, used to say when setting up war games scenery for this period that you should never put too much fencing up as it destroys movement and slows the game.

Very true, but the miles of fencing at Antietam have been placed as accurately as possible by reference to the Library of Congress’s wonderful maps, commissioned at the time.

Post and rail fencing is a sturdy construction requiring some considerable effort to dismantle. Pictures of the Hagerstown pike after the battle show this.

However, worm fencing was designed to be quick to build and easy to repair.

The pictures by Alexander Gardner show them scattered around after the battle and this poor fellow along with the grave of Lt. John A Clark 7th Michigan lies amongst the bits. 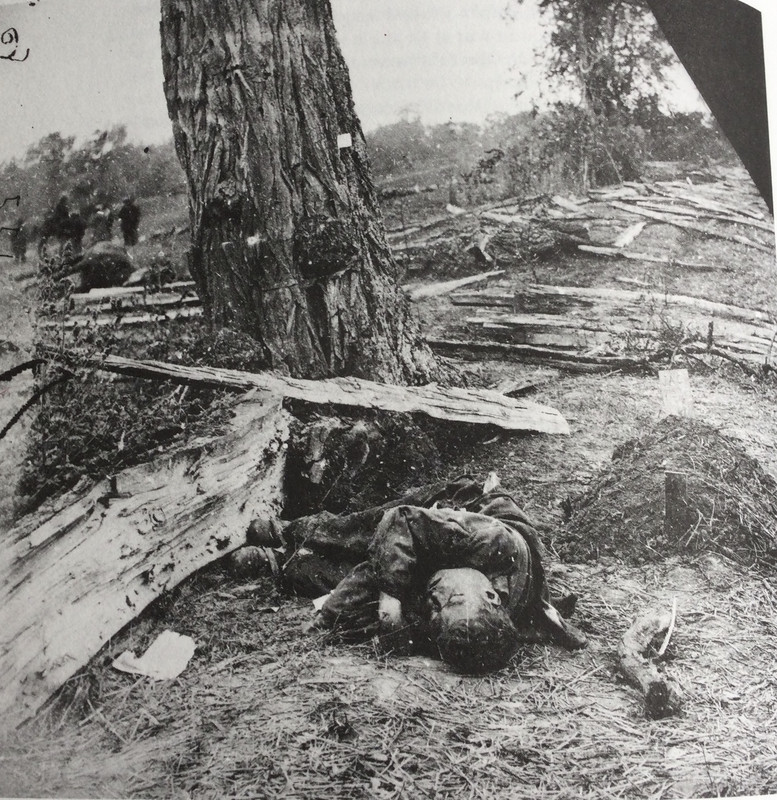 I have therefore converted some Union chaps as I would like to show the fences being cleared during Hookers advance.

Lots of chopping and kit additions primarily from the Revel/Accurate Union man standing at ease.

The guy kicking the fence down is an Airfix WW1 chap with an Imex top that I am quite pleased with.

Off to the Rhorbach bridge extension.

I have designed this element of the battlefield as a temporary extension that can be brought into action when required.

This keeps my wonderful wife, Der Feldmarschall relatively happy as she can still access the garage and means that I do not end up in hospital!

General Burnside was having a severe case of the sulks on the 17th as his supposed friend McClellan had split his command and as a result he did not commence the attack on Lee’s flank until pressed by threats of demotion late in the day.

I have designed the extension so that it dovetails with the main table allowing the troops to fight it out over the bridge.

Scale is a problem here with the bridge model being disproportionate so I will probably double the range of small arms to compensate in this area.

As this is a portable unit I have used polystyrene to keep the weight down. 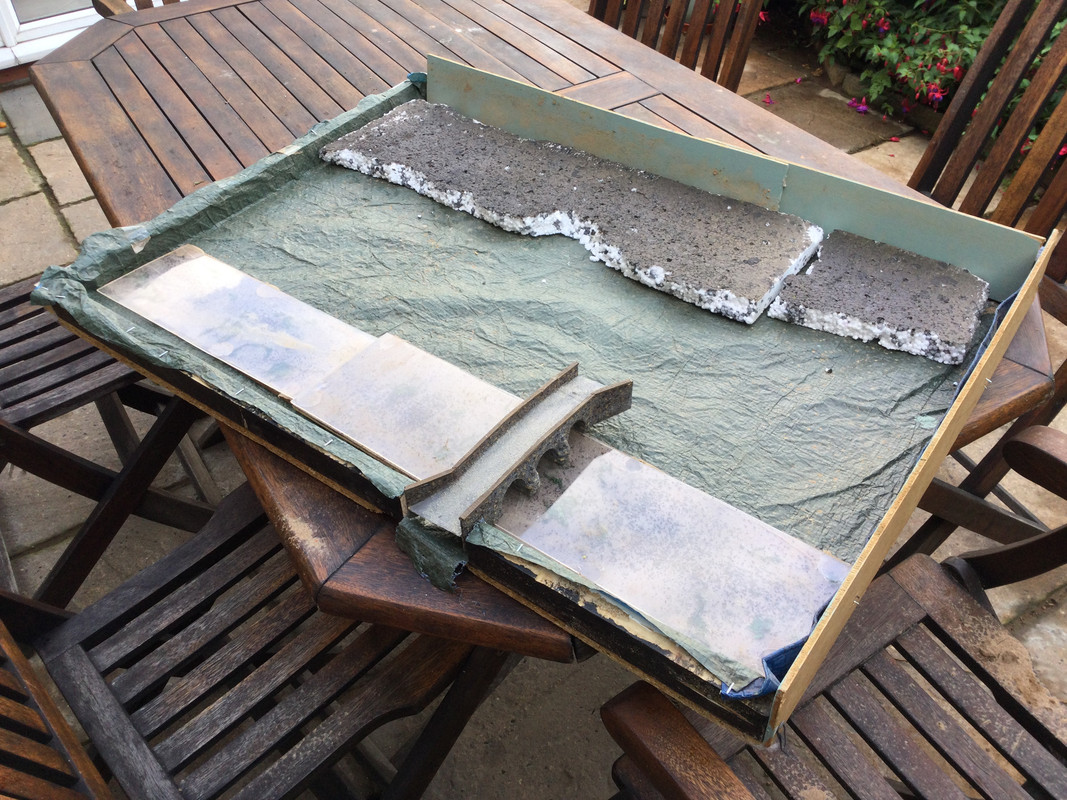 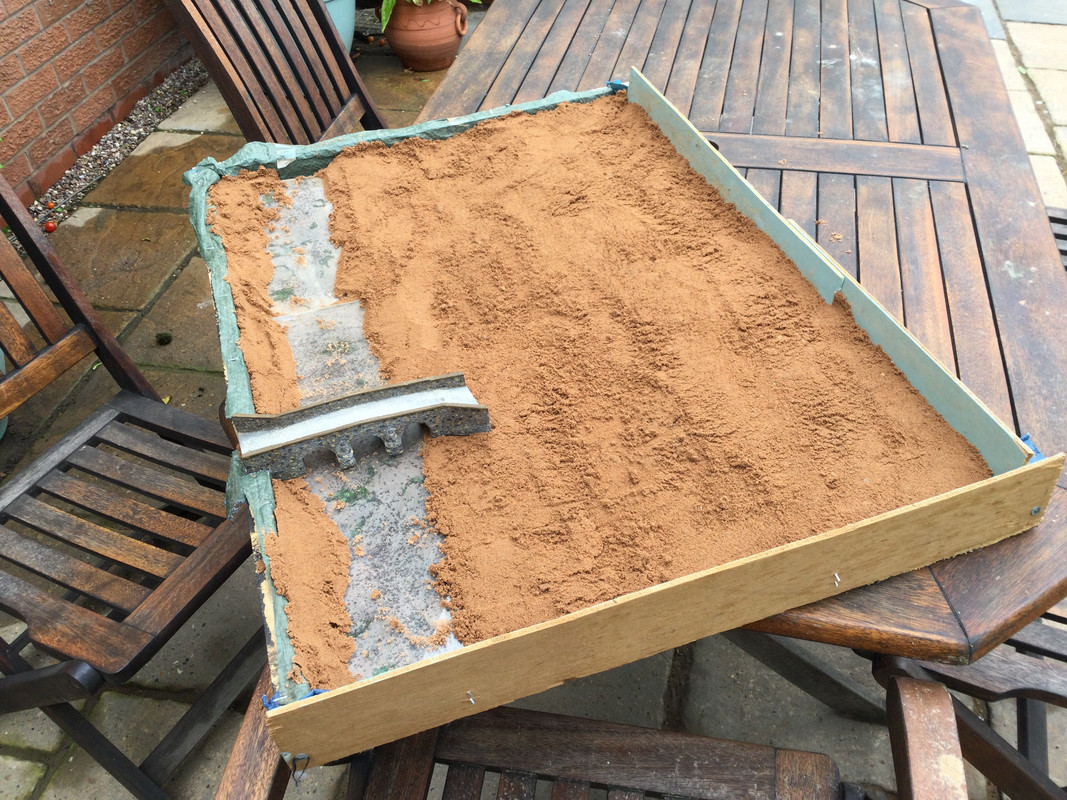 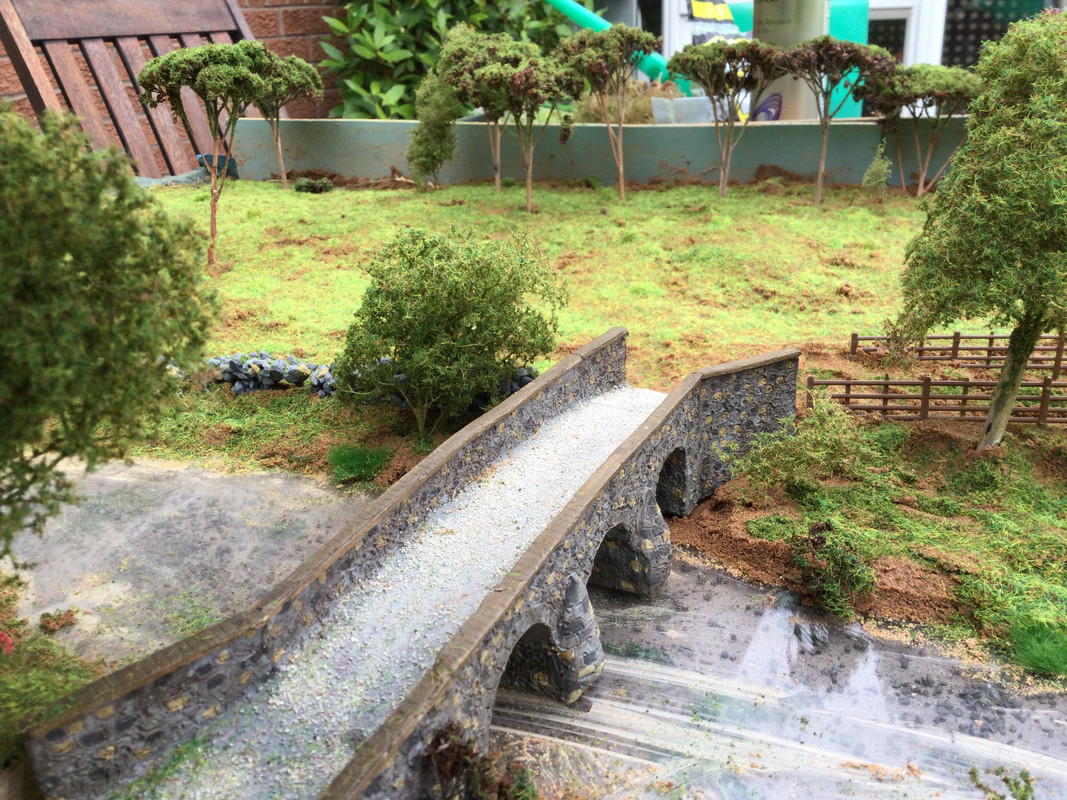 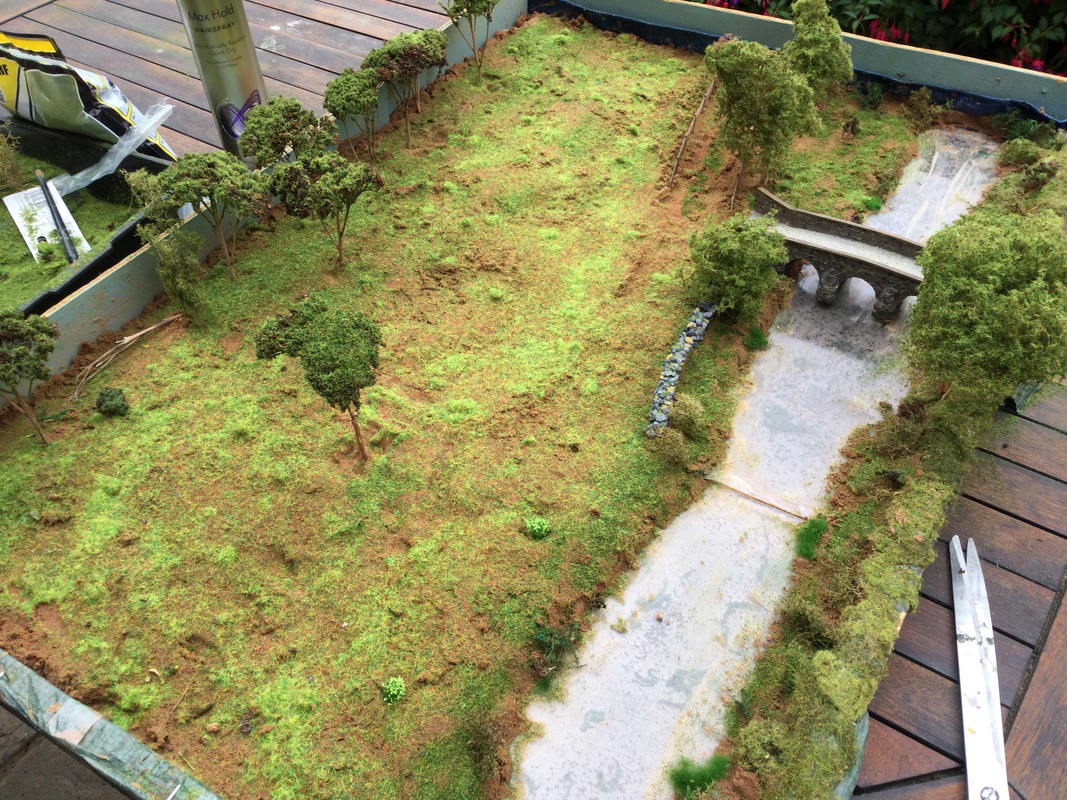 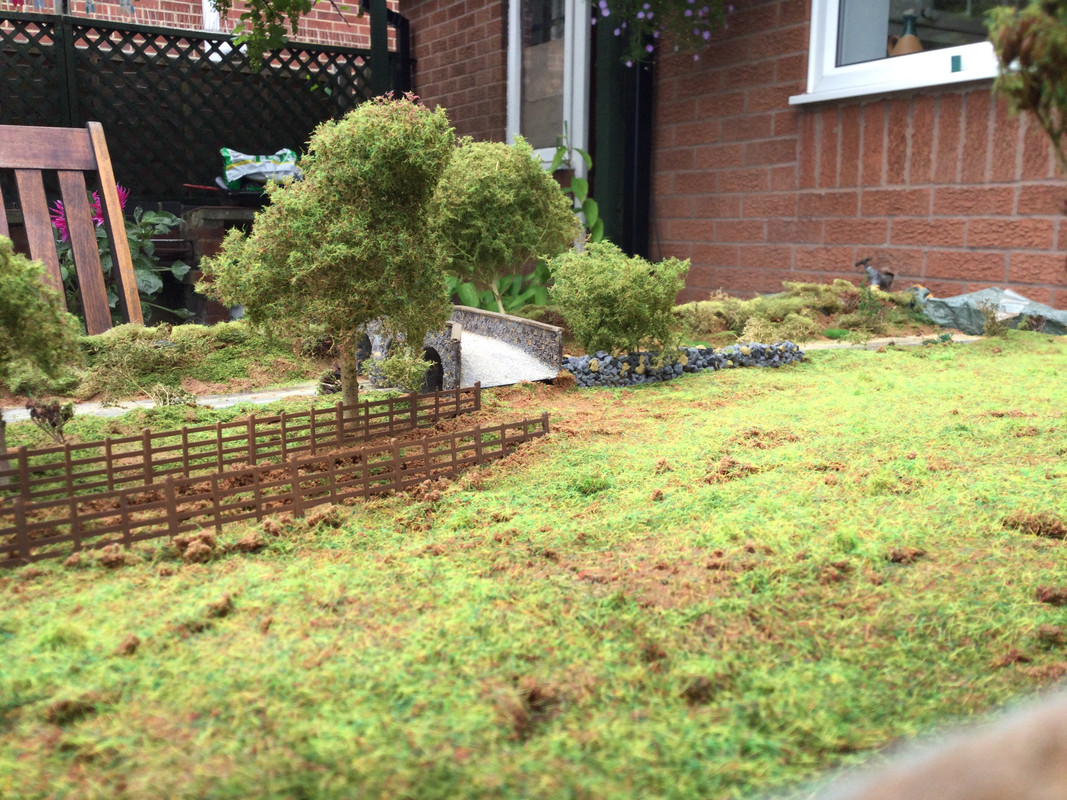 There is some tidying up to be done before the ‘set’ is ready for use but I am happy with the basic unit.

watching your work is always an inspiration. Keep it up mate.
Grüßle vom schönen Bodensee

Tremendous stuff here: I wish I could take a landscaping lesson from you!
On a different topic (or not), I am simply amazed at the amount/precision of the documentation (case in point: the plans for the storehouse) produced for this conflict.

I guess the Civil War really is one of the most heavily researched conflict after WWI and WWII.

Like everybody else, I can simply say the skills and scope of this particular project of yours are a notch above, and it's a pleasure to go over everything, from planning to realization.