Thank you to everyone for their kind comments, they are most appreciated.

I have now essentially completed the battlefield prior to the commencement of hostilities. 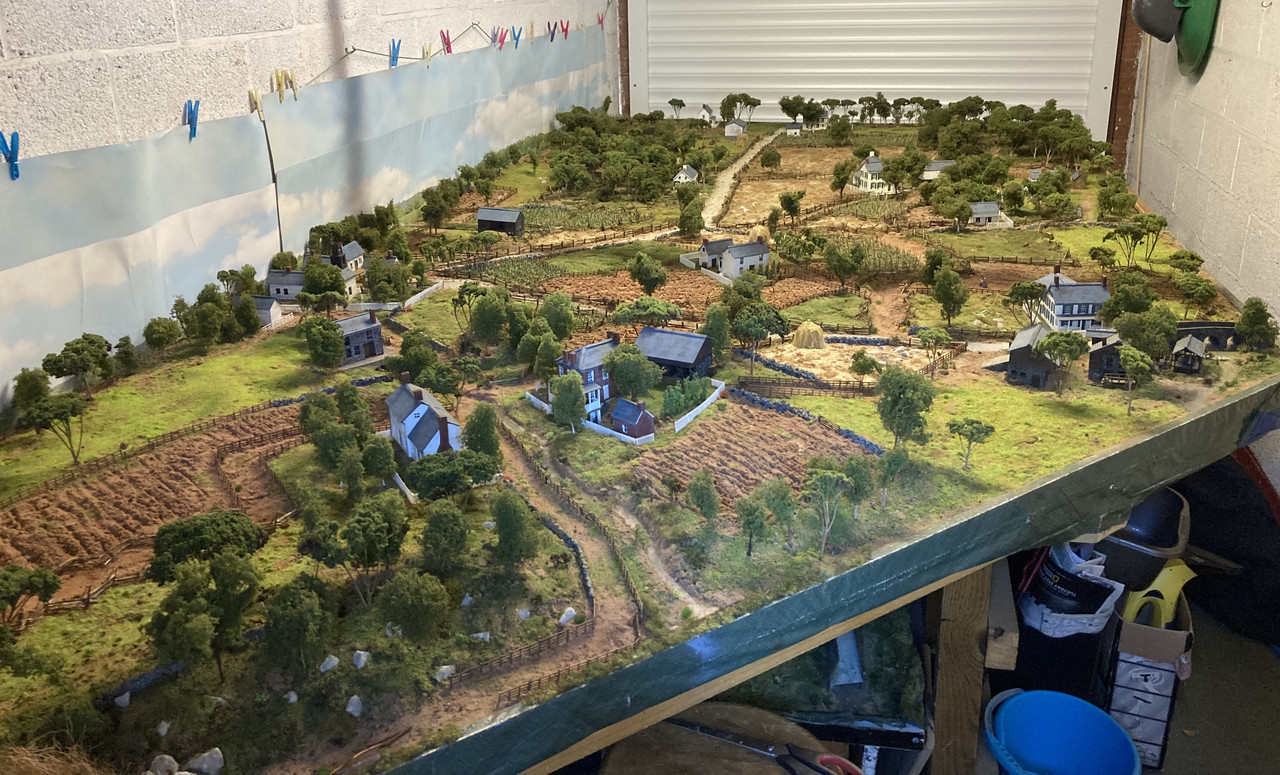 The table is rather large even without the two extensions I have constructed but not as big as Captain Silbourne’s mammoth effort. 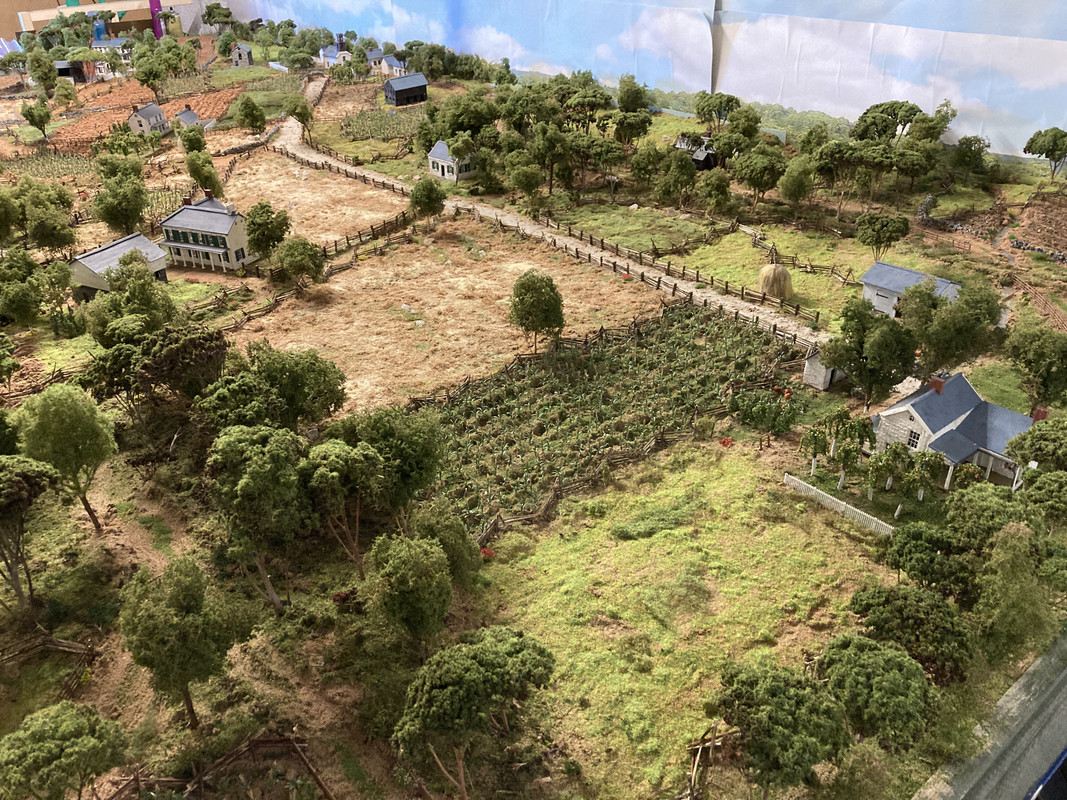 You will notice Der Feldmarschall visiting the freezer just past the Harper’s Ferry Road. 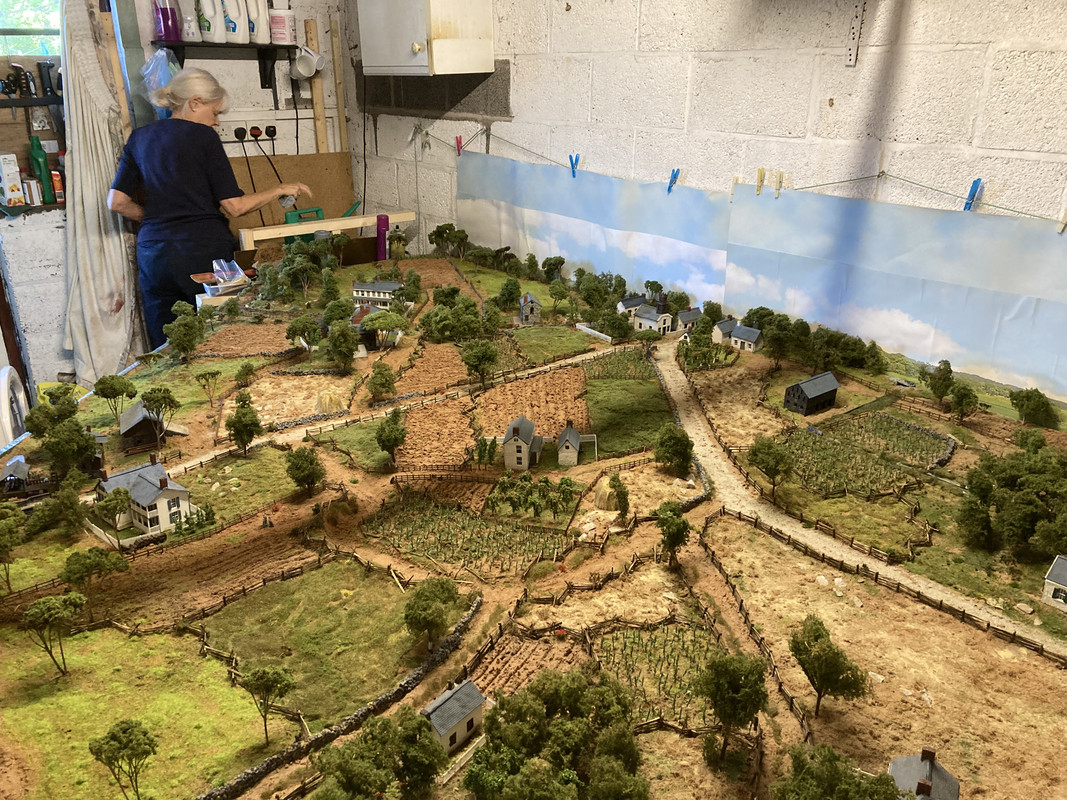 I would like to do some fine tuning before I start introducing troops but in the meantime here are some handsomes from Virginia and their Federal foes.

Chris, this is just a really great diorama building! Time after time you prove that you play in a league of your own. I'm excited to see the "right in the middle" photos of this historic event, I'm sure it will be overwhelming!
Beste Grüße,

George Britton McClean was viewed with great suspicion by Lincoln but was adored by his men.

A superb organiser and reconstructor of the Army after the disaster at Second Manassass he dithered in his pursuit of Lee during the Maryland campaign.

At the original engagement following extensive fussing over dispositions he effectively ‘relinquished command’ and apart from a brief foray, stayed at his Pry house headquarters.

I intend to factor in his indecision in my refight.

Nevertheless I want to show him with the troops and to that end have done some chopping to recreate some of his fan club.

There is some tidying up to be done but I am hoping the scene I have in mind will be appropriate.

In the meantime Paddy Kearneyhas a few words.

I have spelt McClellan wrongly.

Senility and fat fingers at work.

Wow, a wonderful landscape is has become indeed! My compliments. I love it very much.

One of the great things about this forum is that we can allways correct our own mistakes (also within the original text!

) without writing a request to the webmaster or writing an additional justification. But yeah, this little message of yours does show your total devotion to the historic correctness and your obsession to do justice to every detail of the facts and events you try to cover. Good work dear Chris.
KATALOG https://crynsminiaturen.nl/
Nach oben

Thank you Wolfgang and every one for their kind comments.

The figures are individually based.

With the sand it is easy to bury the bases.

I am preparing the first ‘setting the scene’ pictures before starting the re fight.