A West Point career officer ‘ Fighting’ Joe Hooker, despite the efforts of General Winfield Scott , returned to the ranks as a Brigadier General, at the start of the war and following success at the Battle of Williamsburg was eventually promoted to command the 1st Corps in time for Antietam. 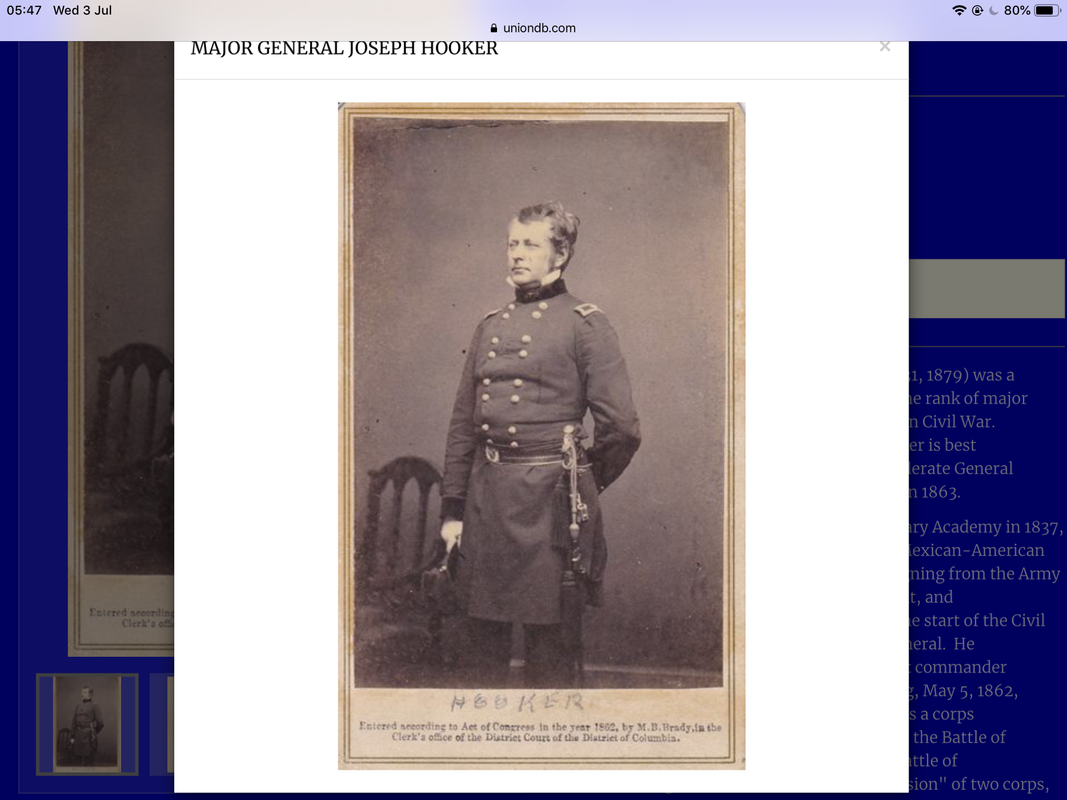 I researched various contemporary sources and it seems that a white horse was his mount at the engagement. 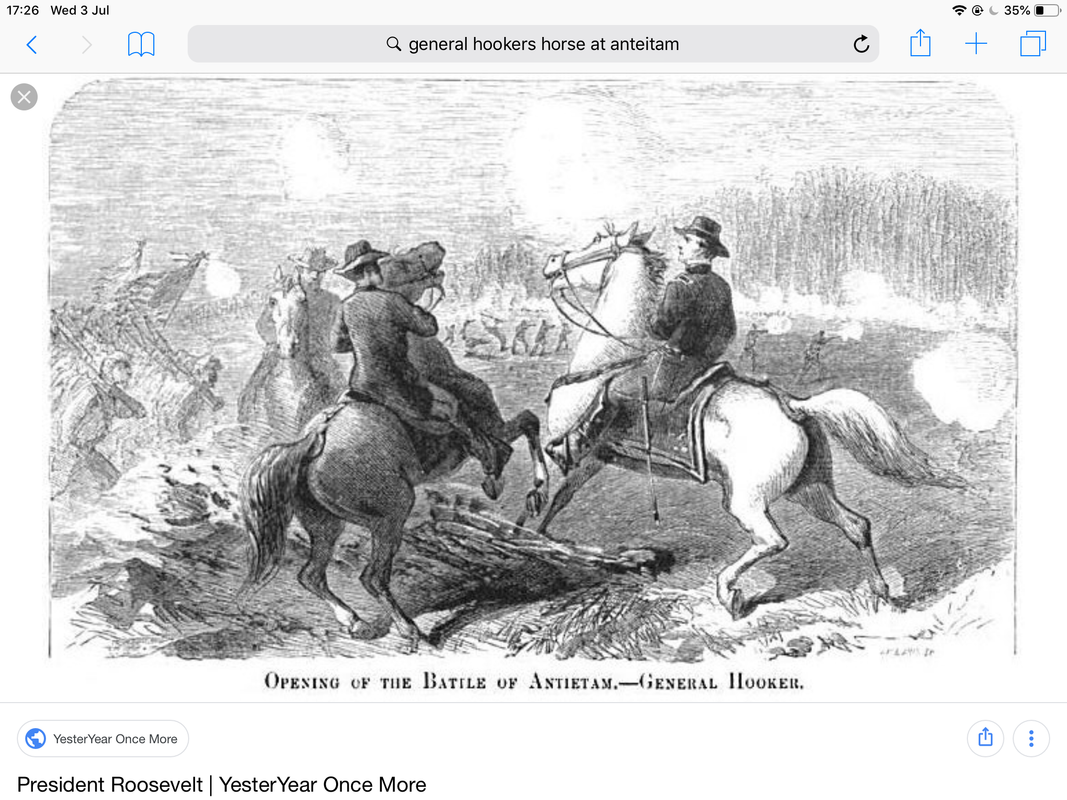 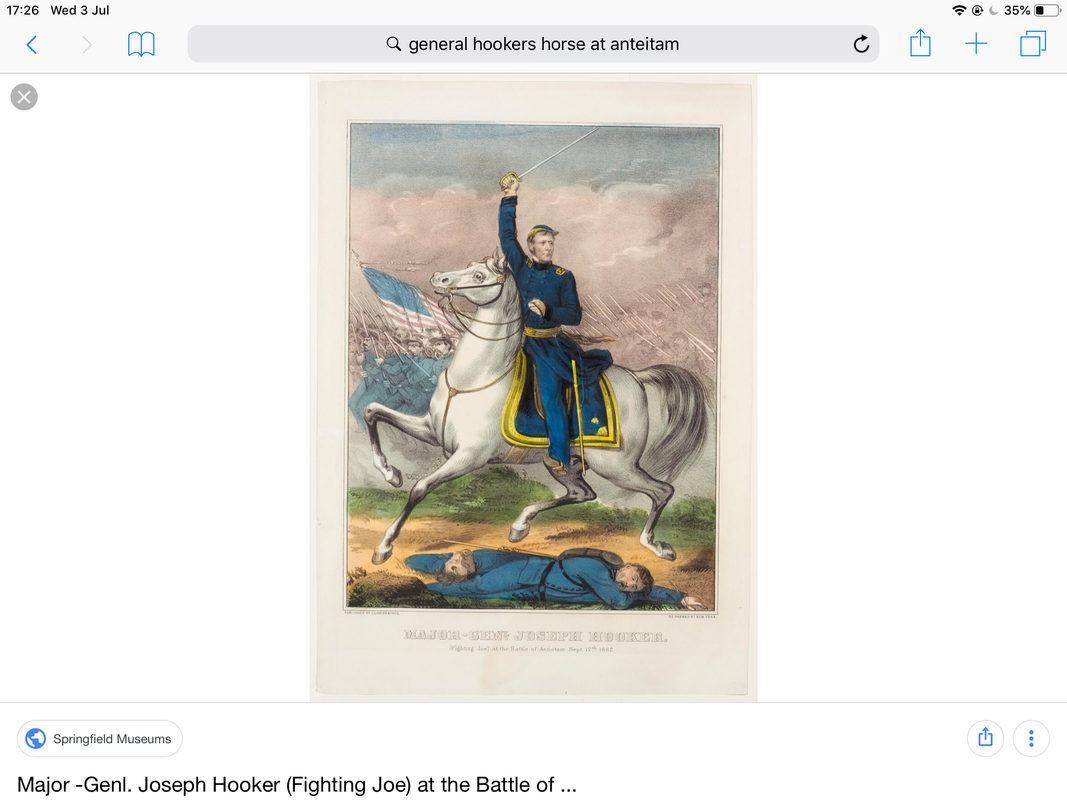 This one is at Chancellorsville after his promotion, again a white horse. 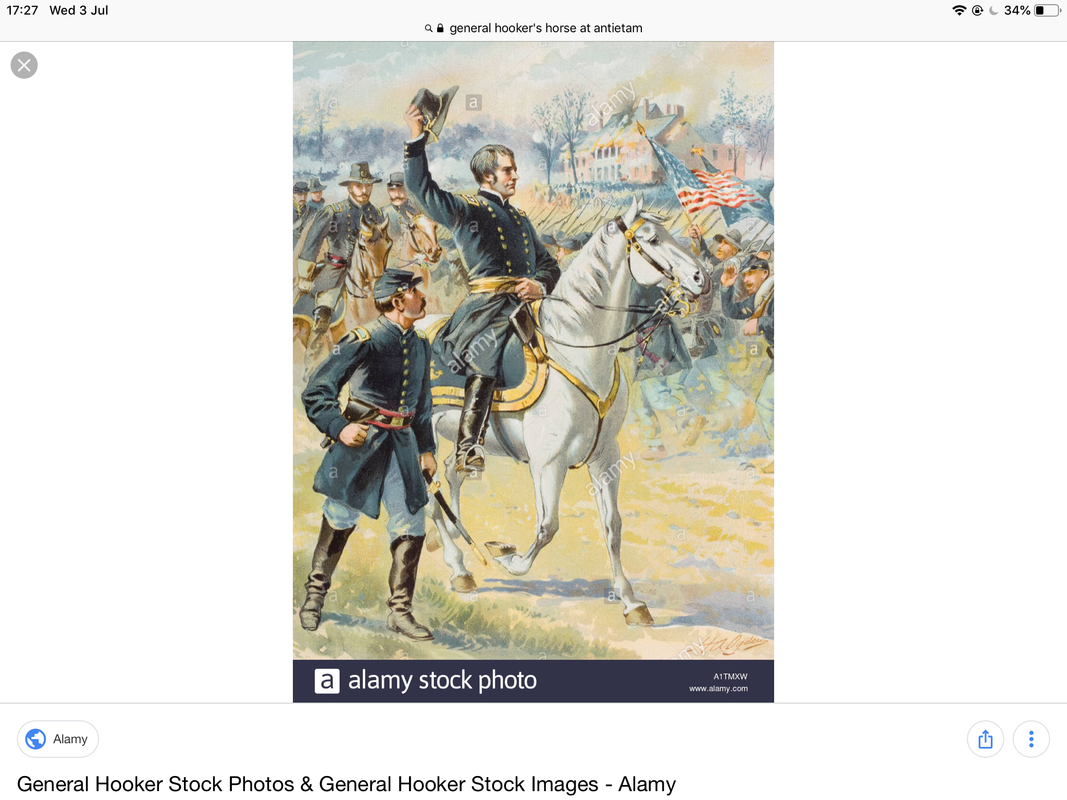 I selected an Italieri US cavalryman and sliced his wrist off.

To this I mounted a new hand holding binoculars from the Italieri mounted artillery officer. A new sword handle was taken from a Stretlets British ADC.

I made a binocular case from greenstuff along with its webbing.

However, upon painting him up his face was dreadful. A blob with a nose.

Not to be outdone, I sliced a Waterloo 1815 highlander officers bonnet off, did the pliers hollowing out the hat thing and remounted the lot on the original body.

I am quite pleased with him although the picture has revealed a few touch ups that are required. 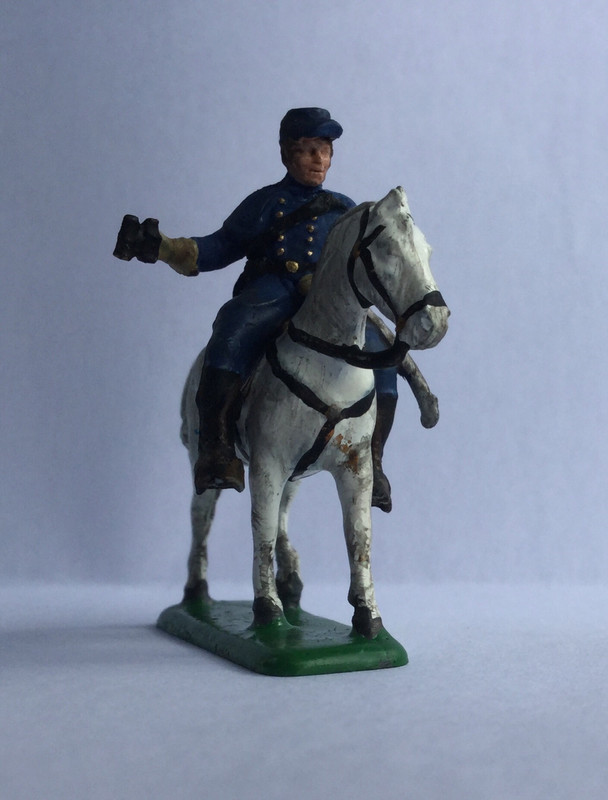 One of the problems it seems to me with this period in our scale is the lack of staff and generals.

Stretlets have had a good go at this but there is nothing like the variety that our Napoleonic friends have to draw upon.

I for one would be keen. 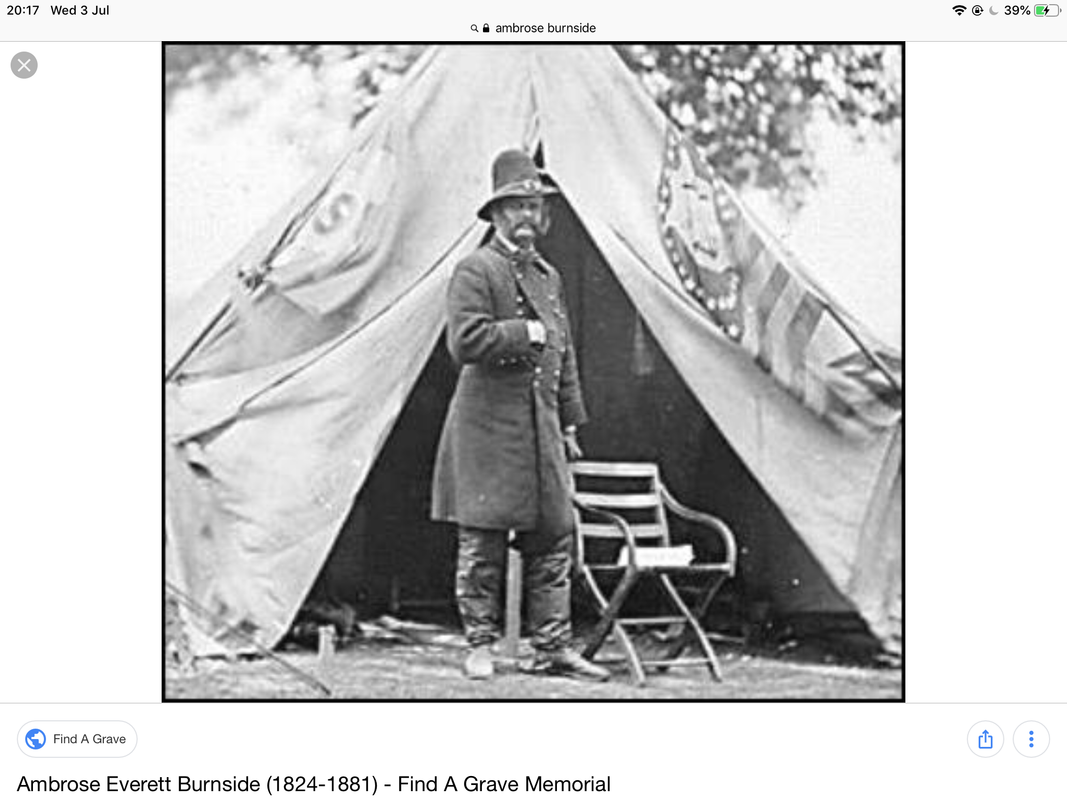 After leaving West Point,Burnside was appointed to garrison duty in Mexico City following the end of the Mexican war.

Wounded in the neck by an Apache arrow in 1849, Burnside, following promotion, moved to Rhode Island. After resigning his commission he concentrated on the production of his invention, the Burnside rifle.

This breach loading weapon used a brass cartridge principle that we know today and was a great success.

Following a dalliance with politics and the destruction by fire of his factory, the financially ruined Burnside went west to become treasurer of the Illinois Central Railroad where he befriended a certain George McClellan !

Upon the outbreak of war he worked his way through the ranks and despite being offered his friends job as commander of the Army of the Potomac after the Peninsular campaign and again ,following second Bull run he remained loyal to McClellan.

He was given command of the right wing of the Army at the commencement of the Maryland campaign, a position that was to create confusion on the 17th.

I wanted to recreate the ‘dunces’ hat image of Burnside, together with those famous whiskers. 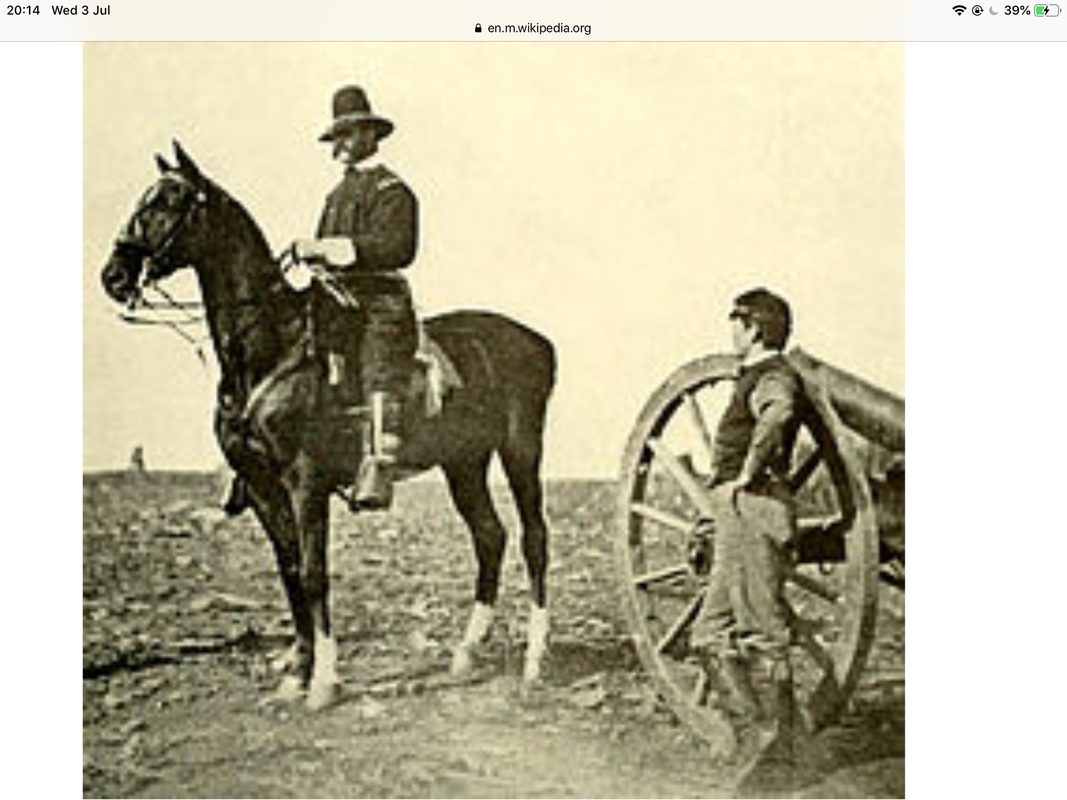 Using the Imex Union artillery officer I chopped off the kepi before chopping him in half. He was then mounted on a Italieri US cavalry pair of legs. A new sword and binocular case were then added.

The hat was fashioned out of greenstuff, hollowed in the middle and mounted on his head. 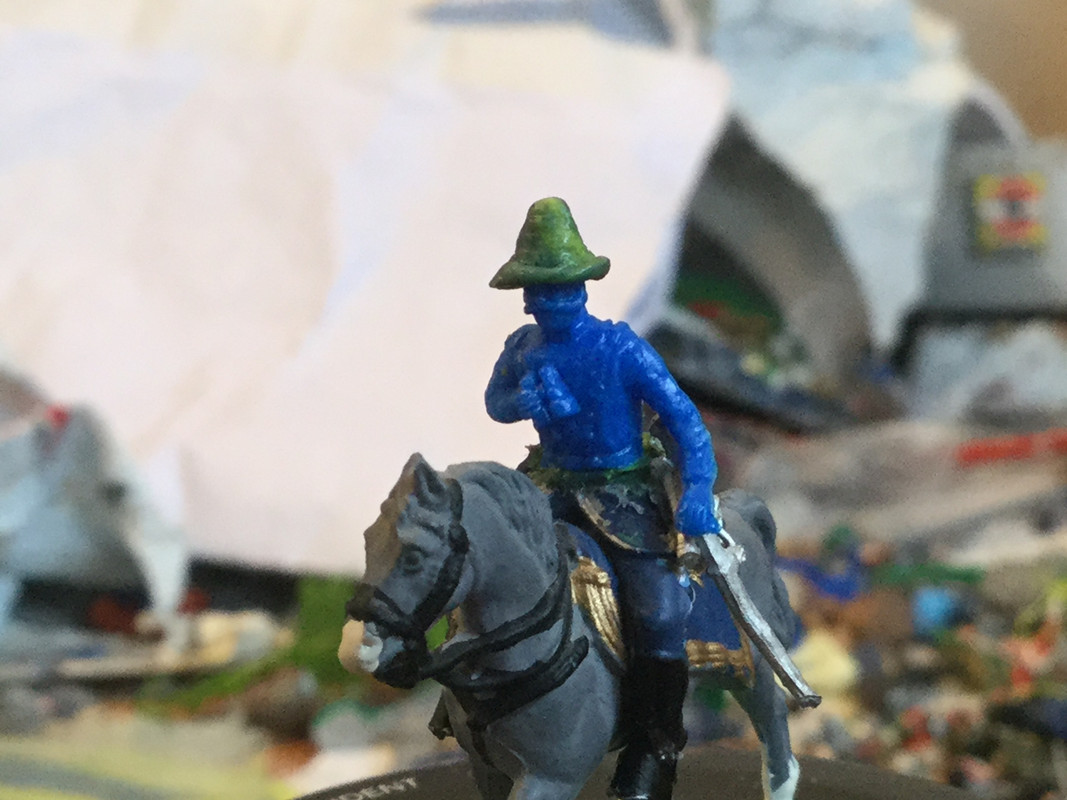 The horse is from the excellent but incredibly rare HAT Napoleonic command set.

Why has this not been re released?

A most pleasing result of this most interesting character. 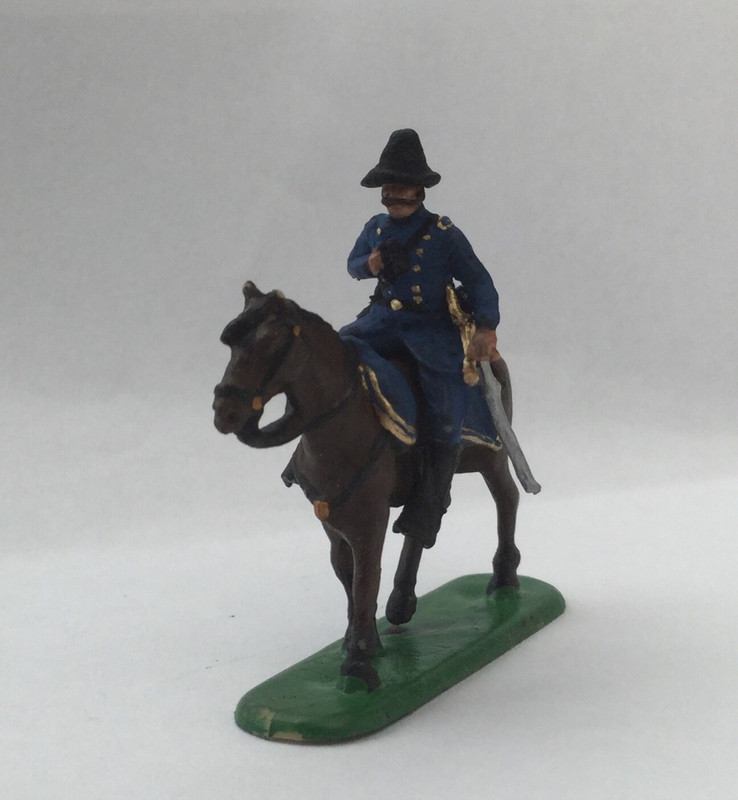 I believe you mean the Italeri Napoleonic command set, not Hät.
Indeed some classics are becoming rarer, but this one is still fairly accessible.
Anyway, thanks for the info on all characters: very interesting stuff.

This set must rank as one of the best sculpted and realistic sets Hat have done.

Why it has not been re released is an economic blunder by Hat often first magnitude in my opinion.

I have been digging in the US National Archives, fantastic stuff.

They even have floor plans and interior pictures of some of the buildings.

Today I received from America, ‘ Antietam the photographic legacy of America’s bloodiest day’.

It has all the Gardner pictures but they are the originals from the two plates it took to get the pictures. The author went through the National Archives to get them.

Fantastic, I now have the only known ( and rarely seen) photo of the DR Miller barn( or part of it) September 1862, how fantastic is that?

Mansfield entered West Point at the incredible age of fourteen and graduated second out of a class of forty.

He was engaged in the Mexican war where he was wounded and following promotion ended up as the Inspector General of the American army.

The outbreak of the Civil war saw him promoted to a Brigadier General. However his combat experience was effectively zero, which saw him he passed over for further promotion due to this and his age.

Here he is looking very splendid in his dress uniform. 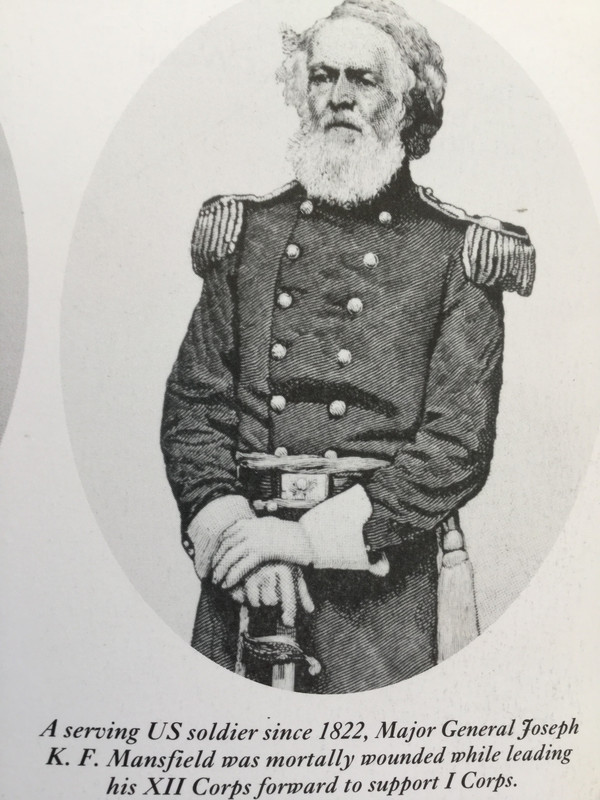 However, his quest for action was eventually fulfilled with a promotion to command of the X11 Corps.

Apparently he was an active chap, liked by his troops, many of whom were raw recruits.

However, his officers were not so happy with his appointment considering him nervous with a lack of combat experience. Unfortunately his experience of ‘ seeing the elephant’ at Antietam was to prove his last.

I selected an Austrian Art Miniturian from my very good friend Thomas Mischak and removed the hand holding the hat, replacing it with a pair of binoculars.

A new binocular case and a head from the Italieri cavalry set saw him completed.

I selected another Italieri horse, removed the furniture and put the two together. 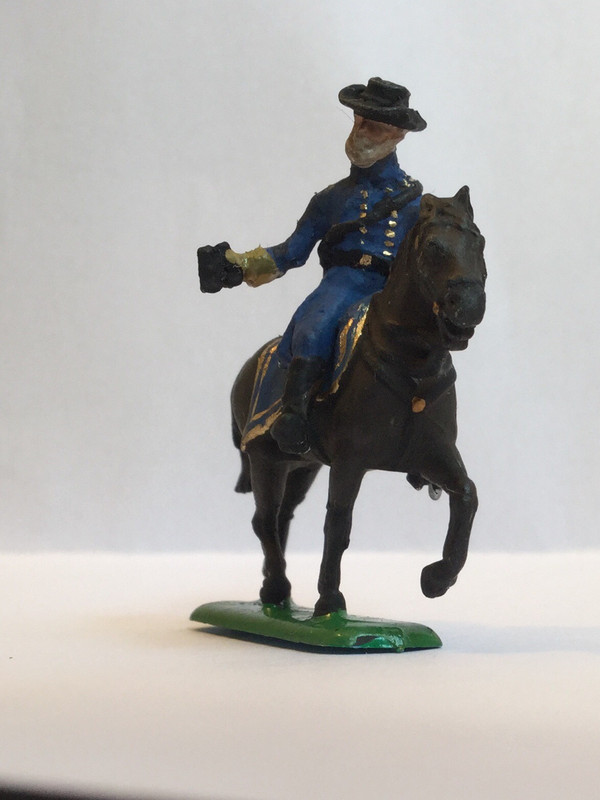 We shall see if he lasts a little longer than his protégée.

I have been experimenting with the various fence styles present at Antietam and found this marvellous research documentary.

Fences were essentially of a ‘ split rail’ type, ie a log is split and the poles then used to create the barrier.

‘Worm ‘ or ‘snake’ fencing were easy to erect and from a Civil War soldiers perspective easy to pull down for firewood.

The Hagerstown pike had a different more substantial split rail fence featuring fence posts. Whilst this could be dismantled, the prospect of doing this under fire would not have been pleasant. 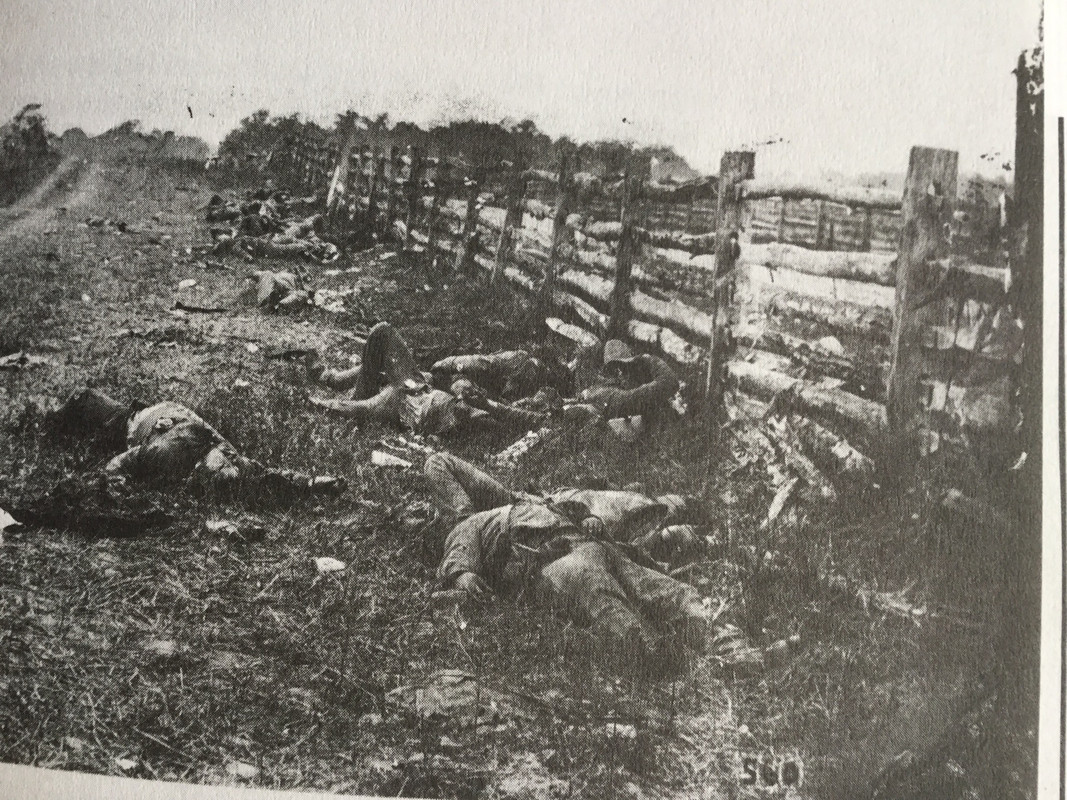 Also, the pike had fencing on both sides creating a formidable military obstacle.

I have obtained, Antietam, the photographic legacy of America’s bloodiest day by William A. Frassantio.

This gentleman has researched Alexander Gardner’s photographic record of the battle searching the National Archives for the original prints and reproducing them in their original format. Wonderful research material.

Looking at the fence gives us details which are often overlooked. 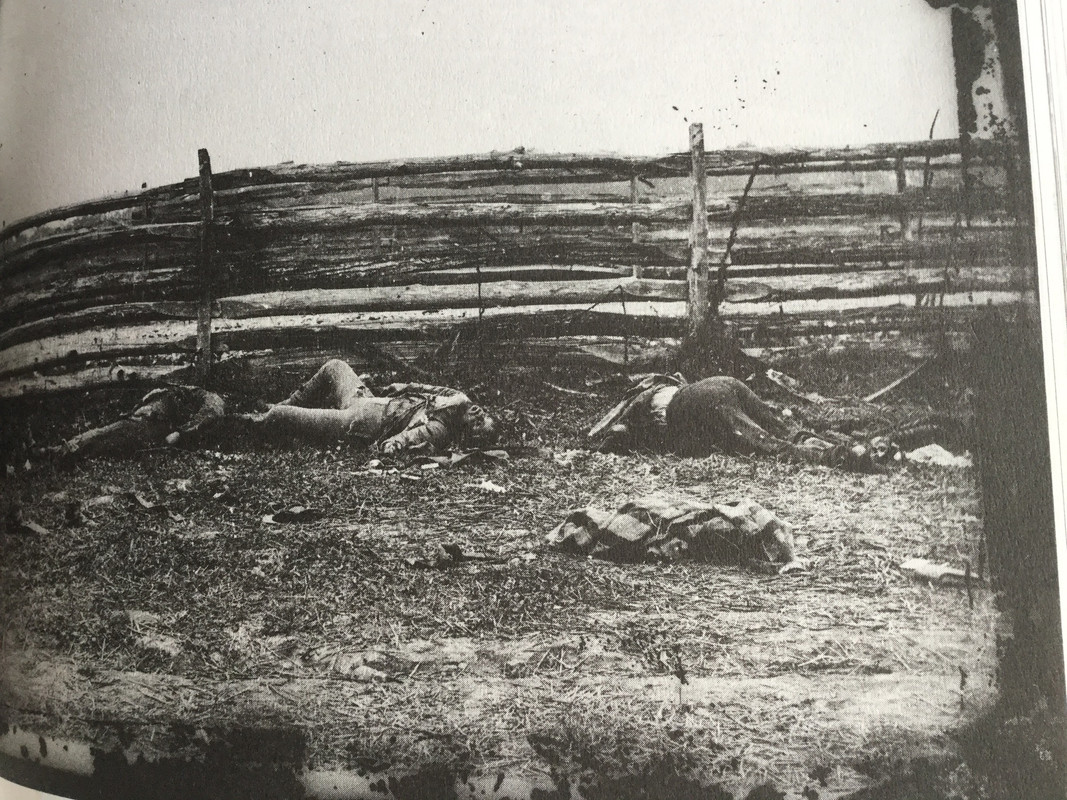 The fence clearly has six bars, not the usual five so often represented.

The height is stated at five feet and the width seems roughly nine feet.

I originally used 2 mm balsa but feel that 1 mm is easier to work with for the posts. 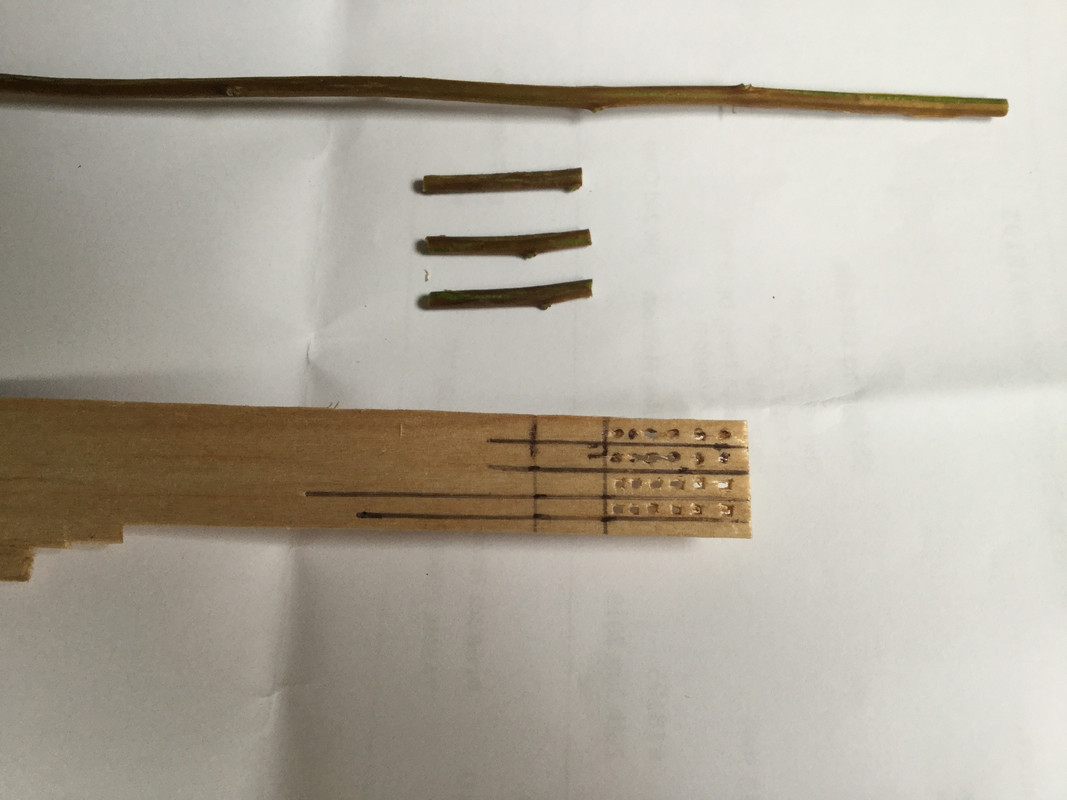 The posts are one centimetre longer in order to plant them into my sand table.

I tried carving out the holes and also using a bradel. I am not sure if the carving will show up properly but we shall see with practice. 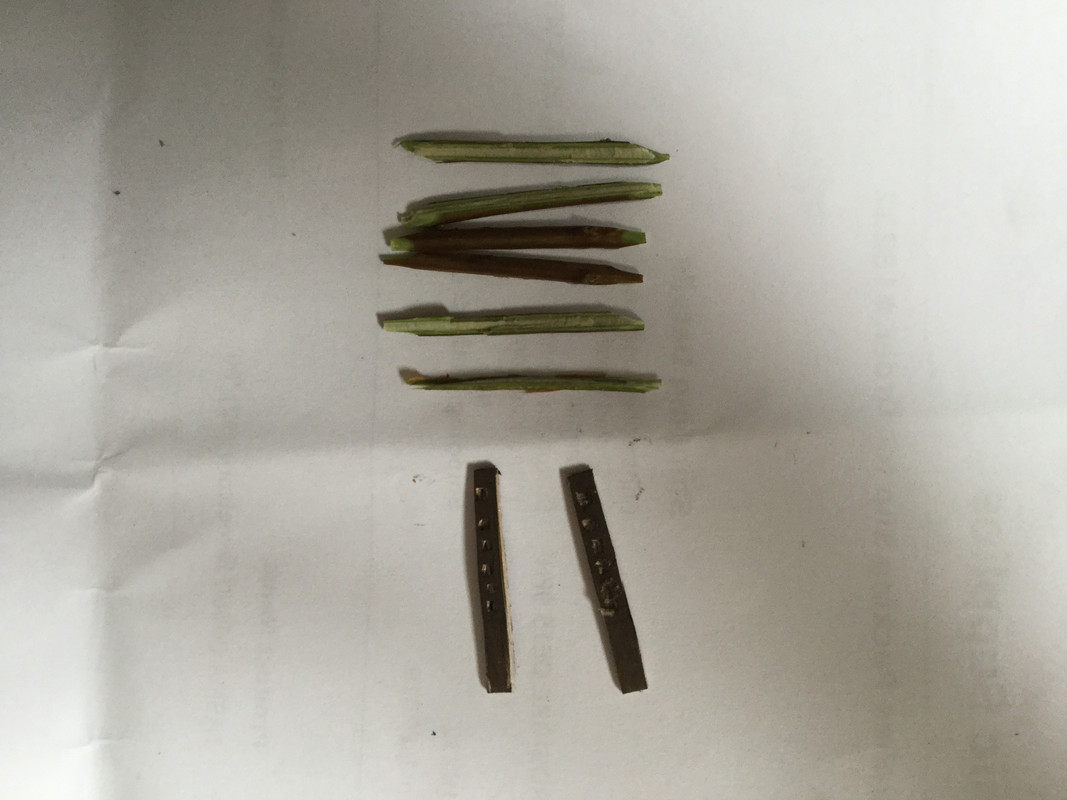 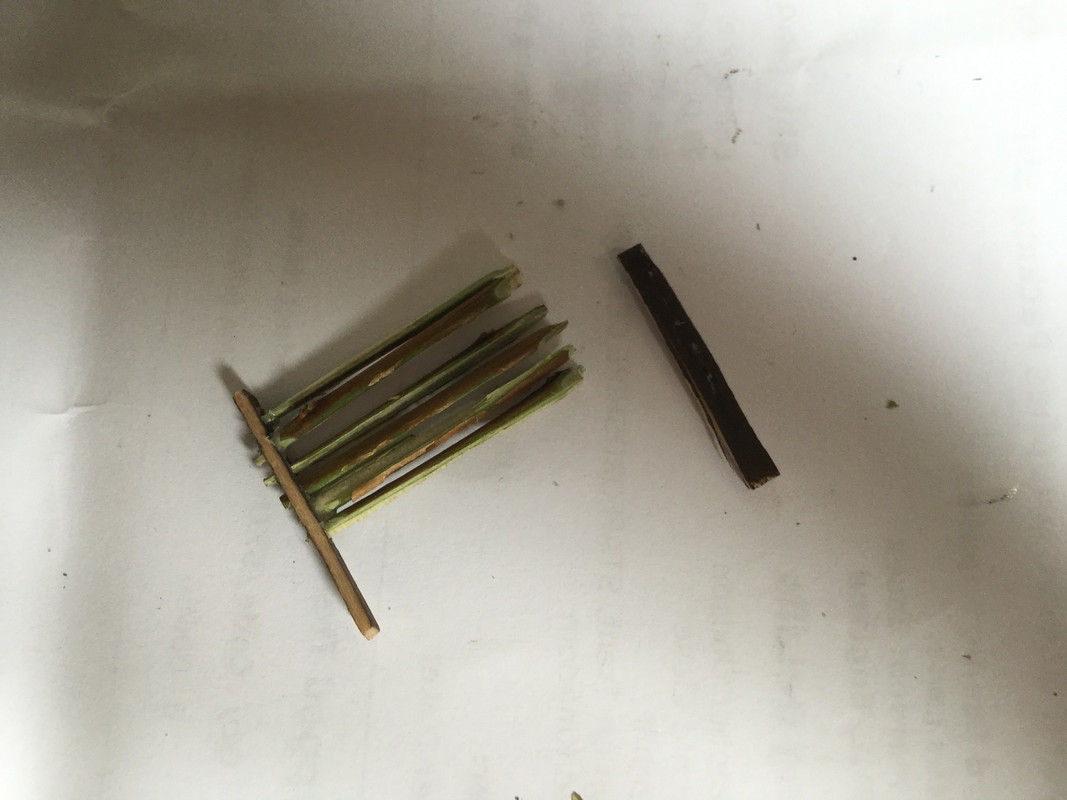 Perhaps a double section of fencing with the holes in the middle one might make sense.

The posts are then attached to the rails.

The posts will require painting but I feel that I am moving in the right direction. 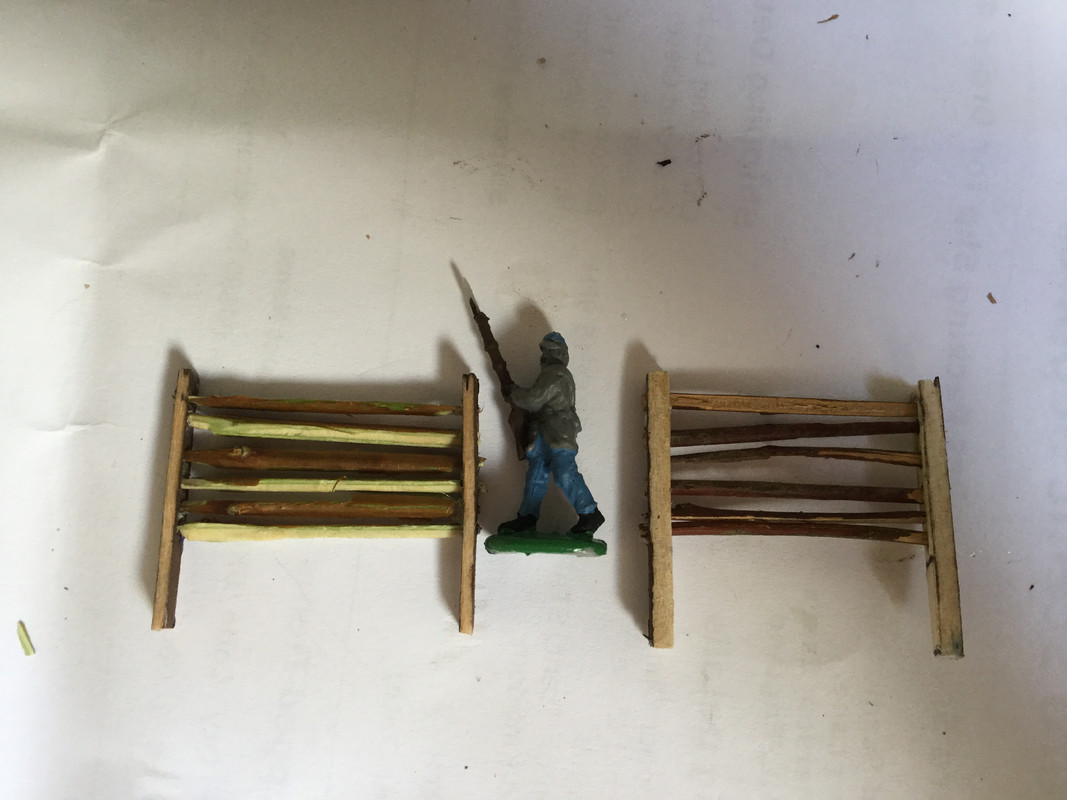 Edwin Summer joined the United States Army in 1819 and saw service in various Indian wars and also the Mexican war. He earned his name ‘ Old Bull’ or ‘ Bull head’ as legend has it that a musket ball bounced off his head!

Here he is looking very dashing for a man of his age! 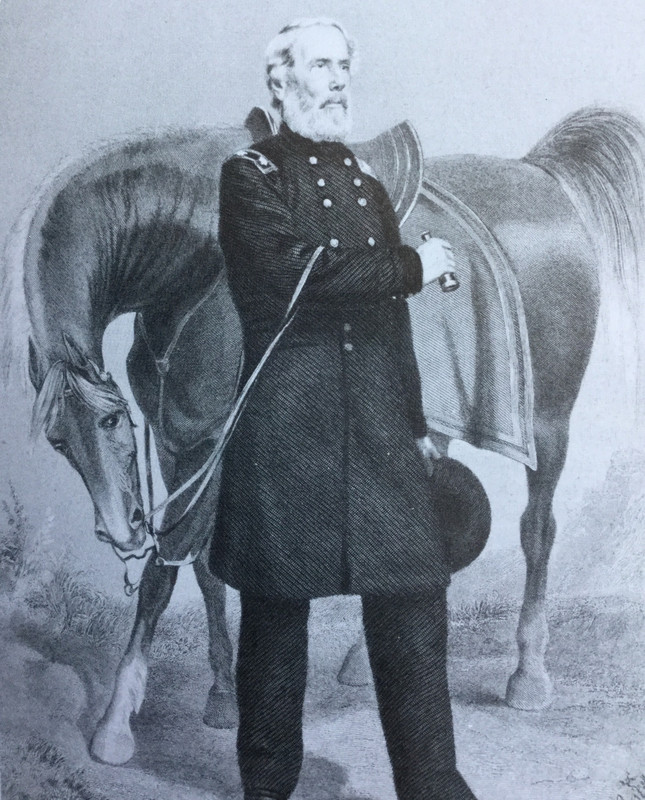 I am not sure what the horse is thinking.

Having initially being sent at the commencement of the Civil war to California to replace a certain, Albert Sydney Johnston ( CSA) he returned to command a Corps in the Peninsular campaign.

McClellan said of him ‘ he has proved a greater fool than I had supposed’ after the battle of Wiliamsburg. However, at Seven Pines he saved the day and probably his career.

Whilst apparently holding old fashioned ideas on discipline he was respected by his troops in the Second Corps and had the unique position of being oldest general in either army.

I selected an Italieri US cavalryman and swapped his head with an Italieri Confederate cavalryman. A new binocular case and he is ready for action.

The horse is from the HAT Napoleonic officers offering. 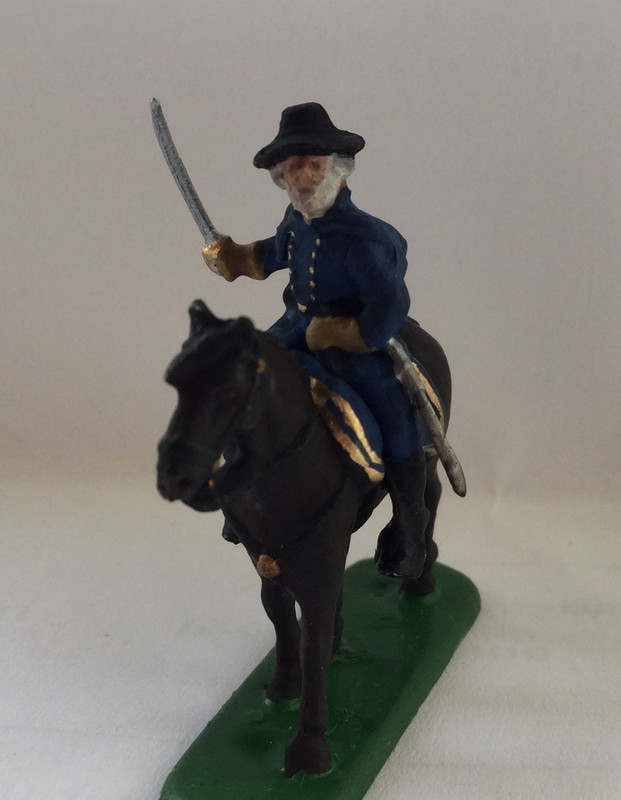 There is a little tidying up required but I am quite pleased with him.

I have been trying to improve my fencing in order to go full speed ahead in production.

I tried using 1mm posts at each end with some success as when they about they are the same width as the 2mm centre post.

This however is very delicate in what already is a delicate operation.

I have decided that the best solution without going bonkers is to use a 2mm posts in the centre and at one end. They can then butt join the next section, gate whatever. 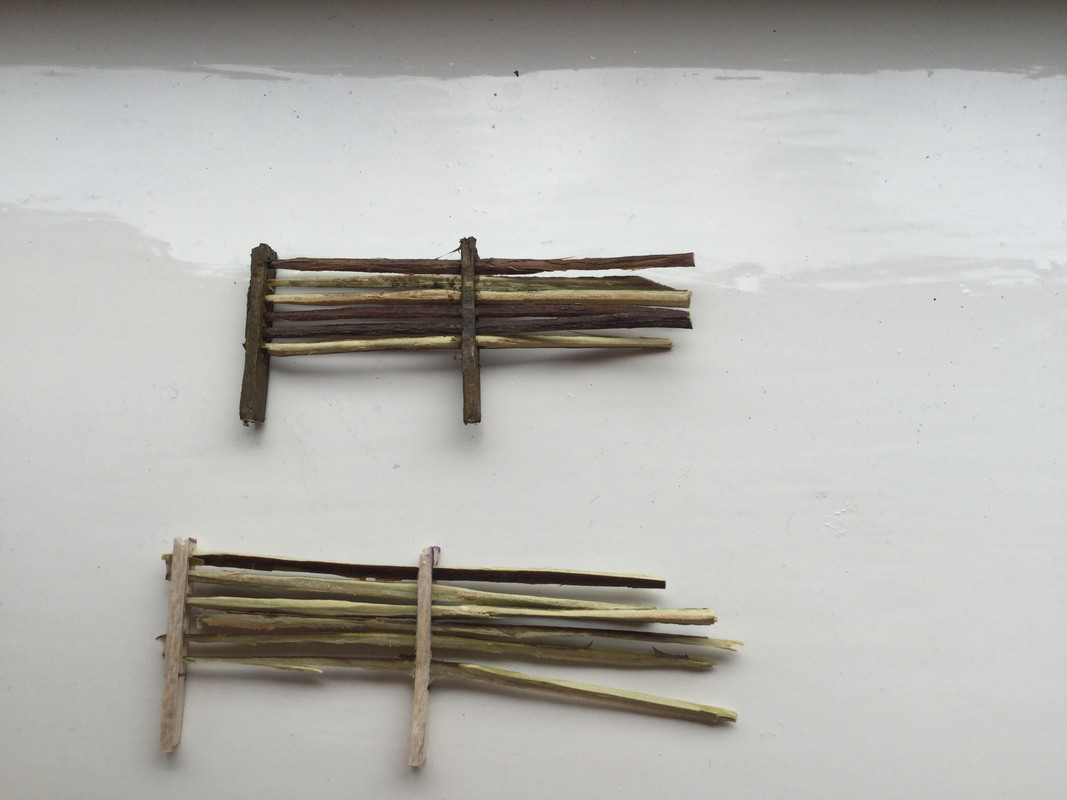 This seems to work well and I did a little test shot which I am quite pleased with. 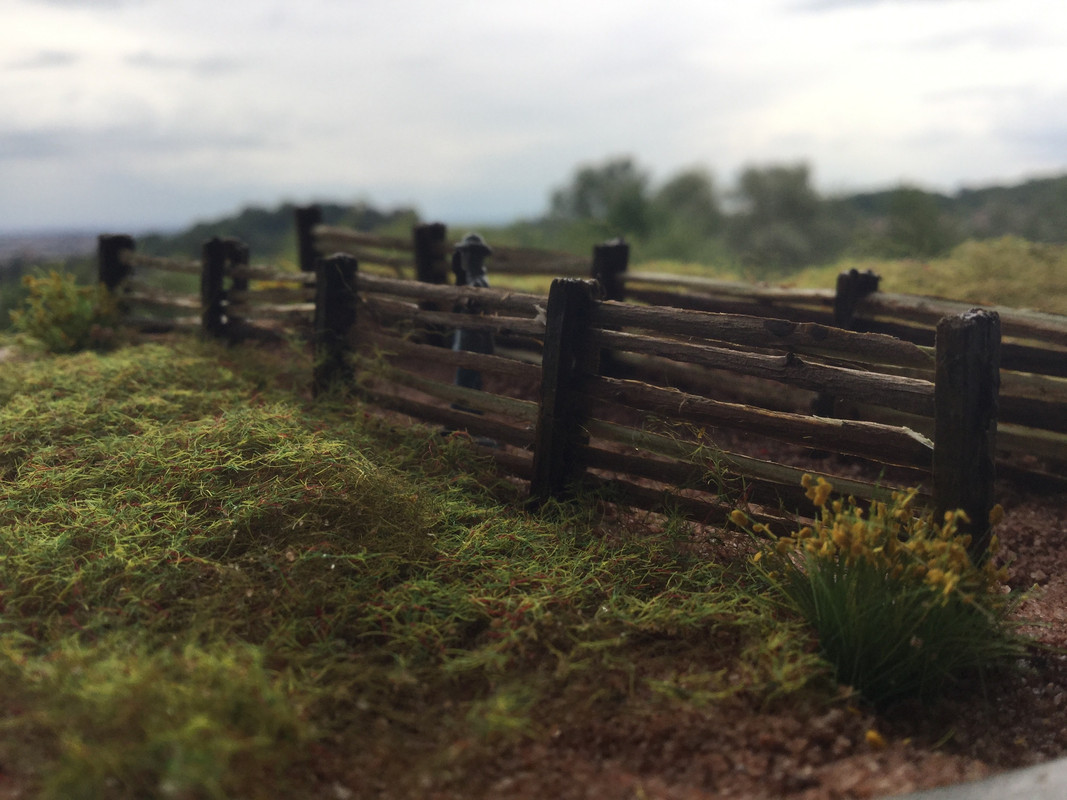 I have this wonderful map showing the different types of fencing present.

I have a lot of fence making to do and this type of fence from my photographic trawling seems to be everywhere.

Thankfully, worm fencing, the other predominant type is easy! 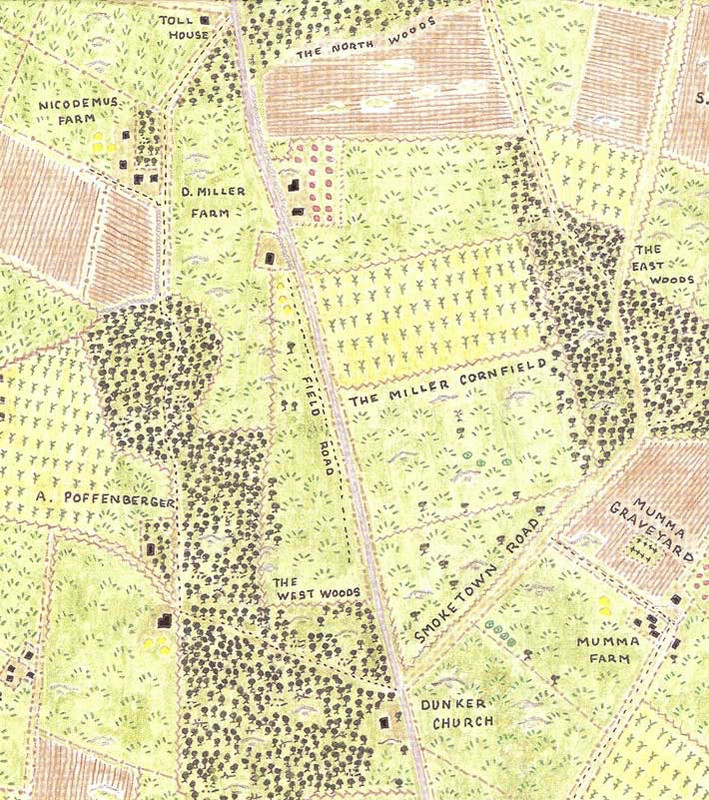 Also, this little map shows the limestone outcrops present in the area.

How brilliant is that?