Samuel and his second wife, Elizabeth, along with ten of their children evacuated their substantial property leaving most of their worldly goods including the silver, in their flight. 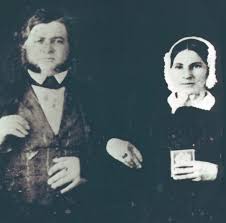 The property was set ablaze by the Confederate forces on the 17th in order to deprive it’s use to Union sharpshooters.

As a result of the damage being due to enemy action no compensation was paid by the US Government.

The family resided at the Sherrick Farm after the battle until their devastated property could be rebuilt.

As stated before it has come as a complete surprise to learn of the amount of wealth accumulated in this area. The farmsteads were huge and very ornate for the time. 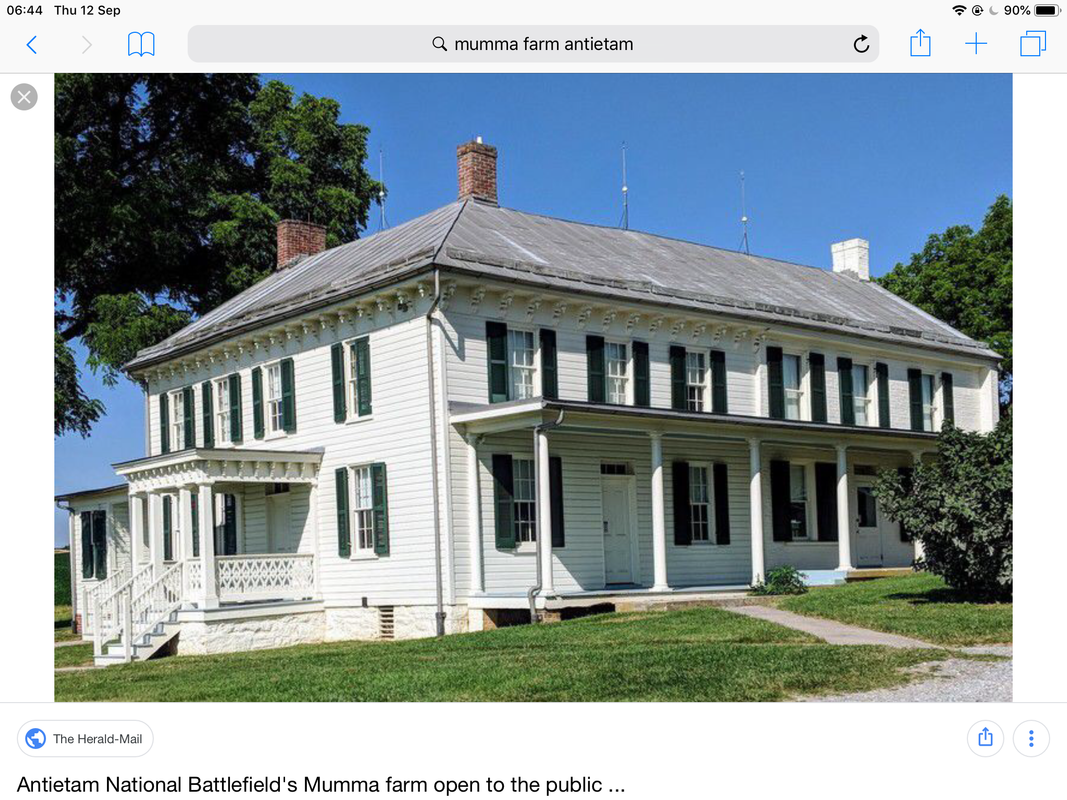 Once again there is a wealth of information about this substantial property including the Library of Congress. 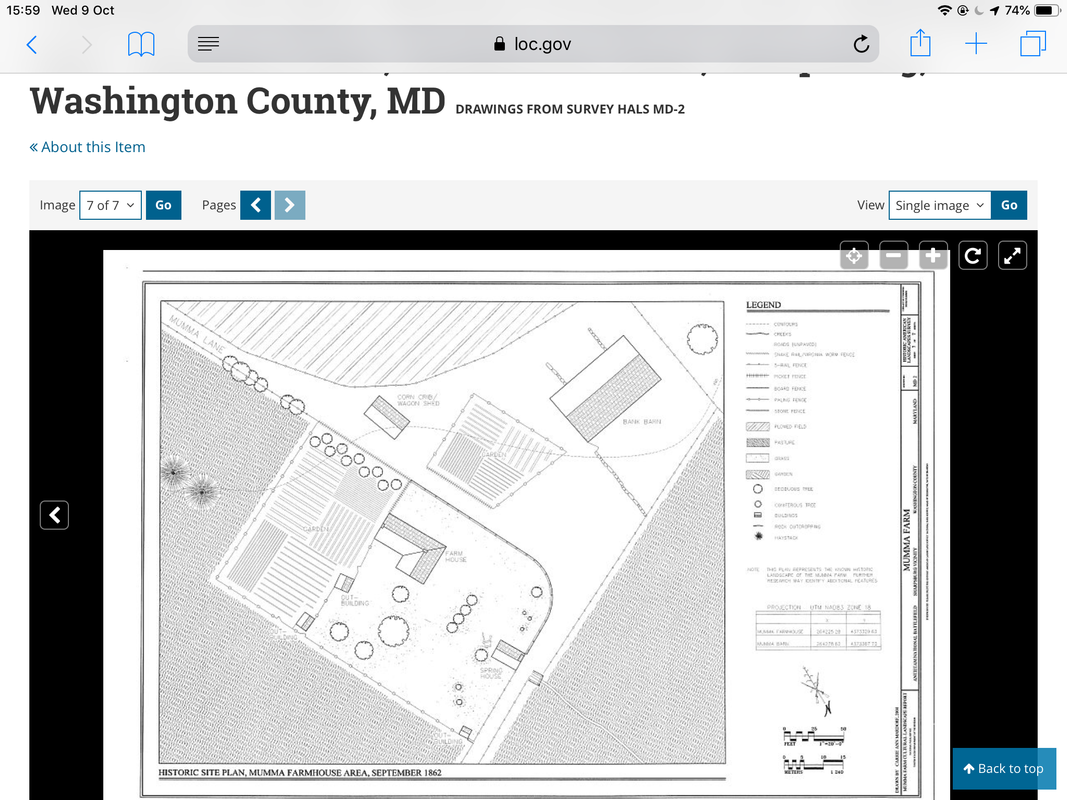 The property is wooden and I chosen to use balsa, suitably scored to represent the walls. I am aware that this farm could develop into an office block due to the ground scale and have therefore left off the side extension. I hope the good Mr Mumma ( produced Moo Ma apparently) will forgive me. 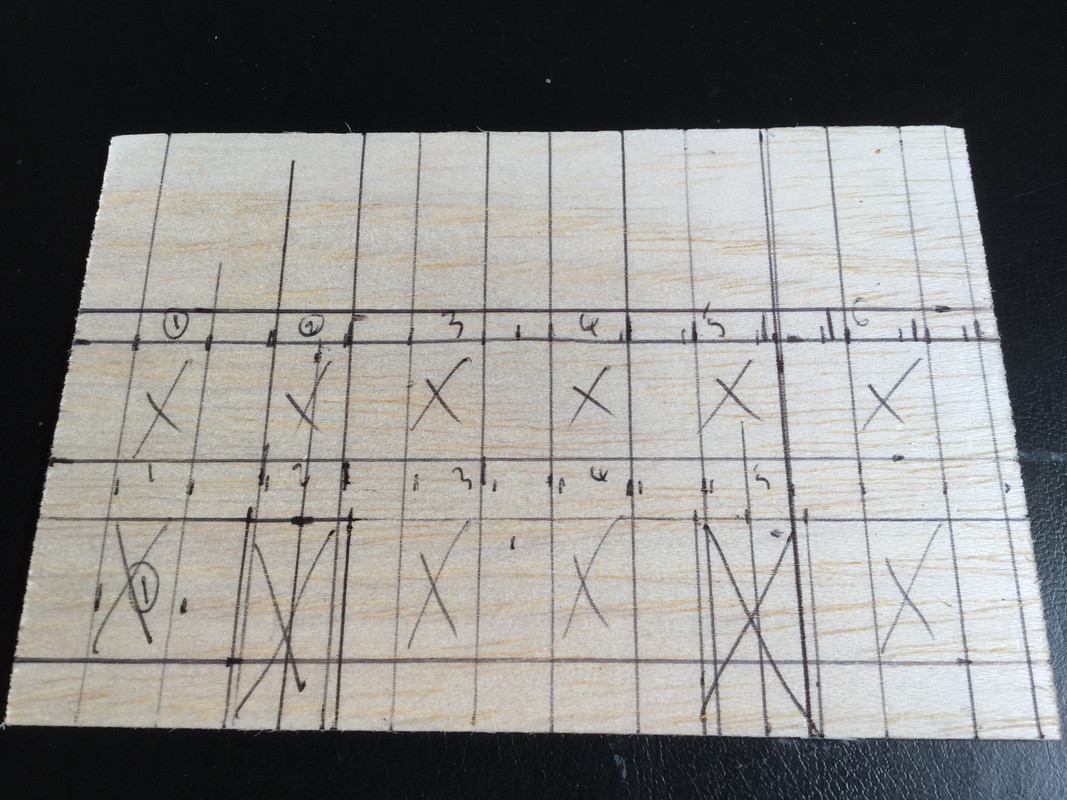 After lining out and fitting the windows I have assembled the basic structure prior to commencing the detailed work. 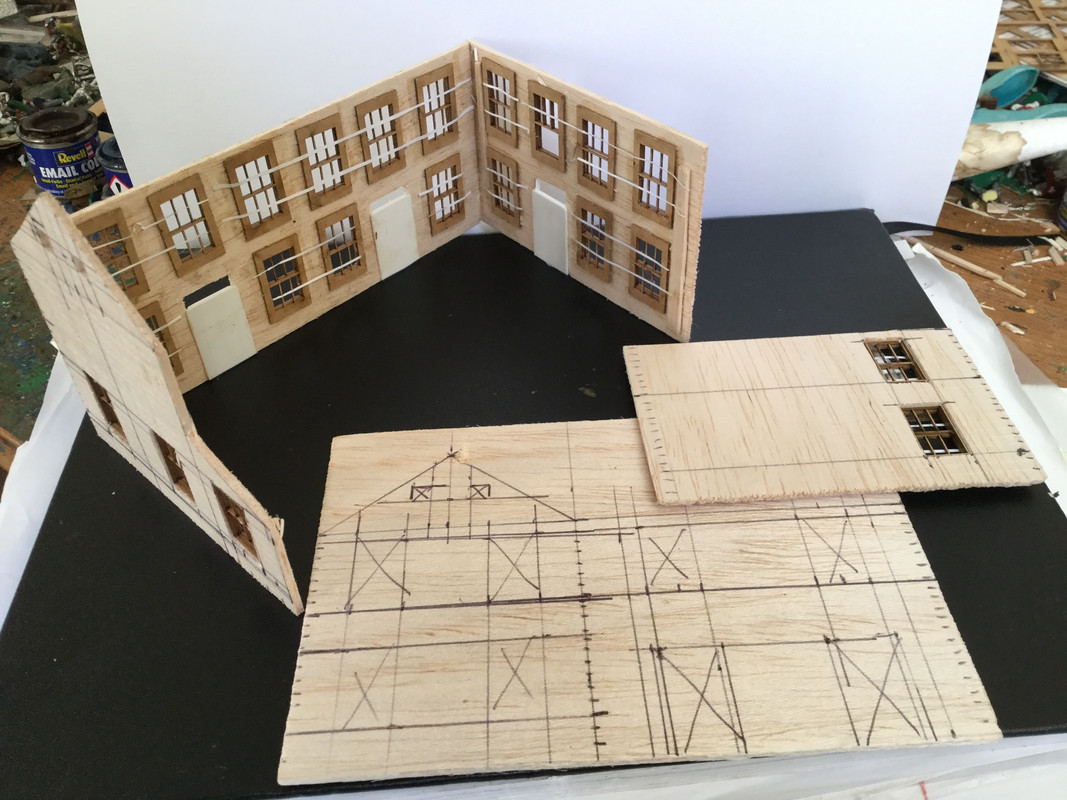 I do like setting models ablaze but this one may well be spared destruction due to the effort constructing it. 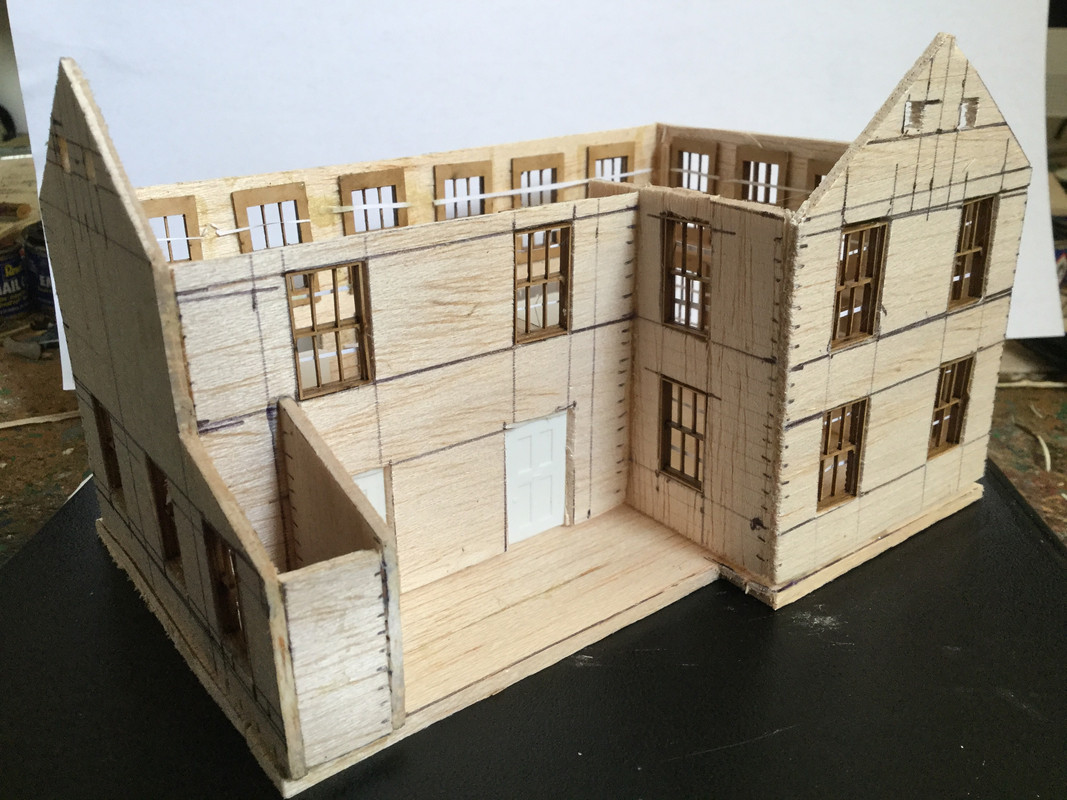 That may be true, but the result is stunning!
Beste Grüße,

I find it very interesting and exciting how you investigate the historical background
and I'm looking forward to continuing your beautiful work.

I have now added the shutters, constructed the rear porch and have commenced the front columns.

An initial coat of paint followed by scoring of the wood to create a lap effect has also been done. 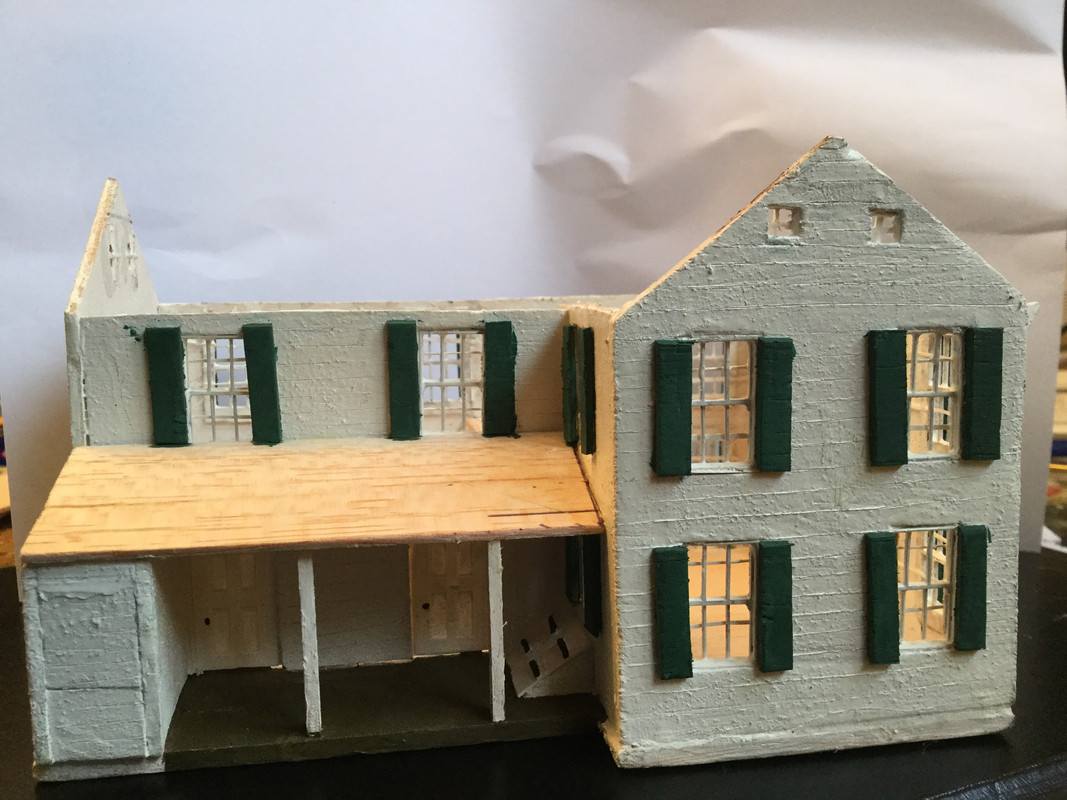 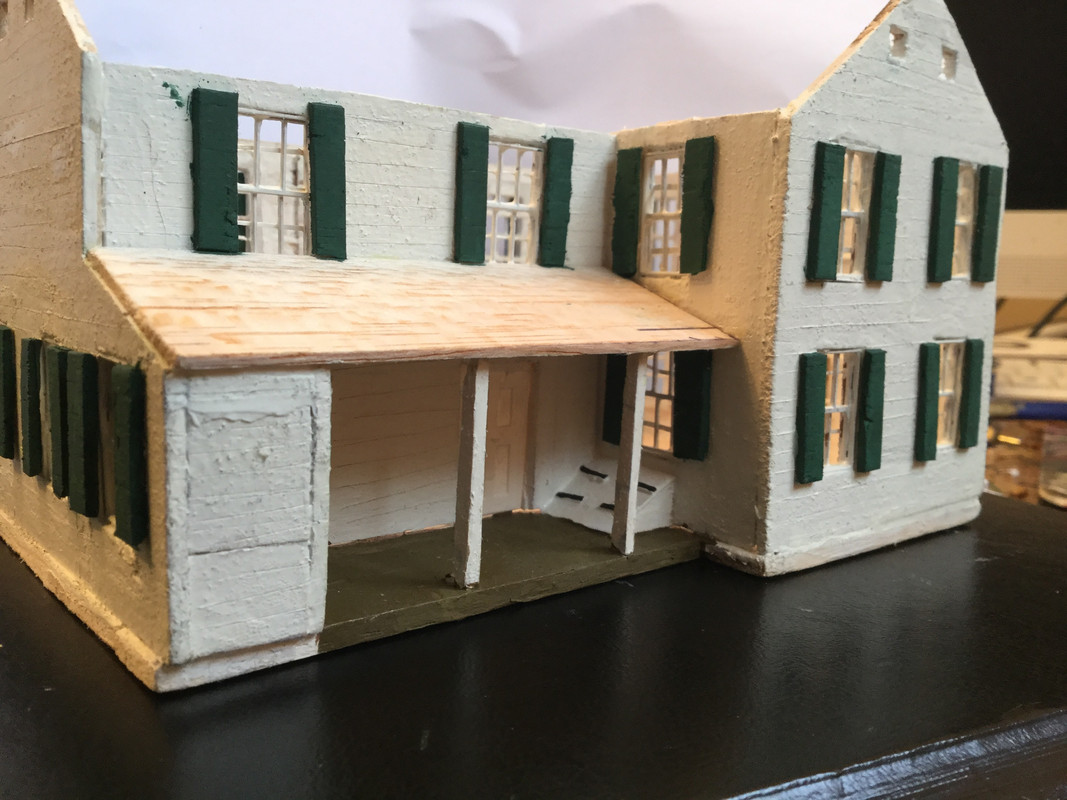 The columns were constructed from plastic spruce on a small plinth. 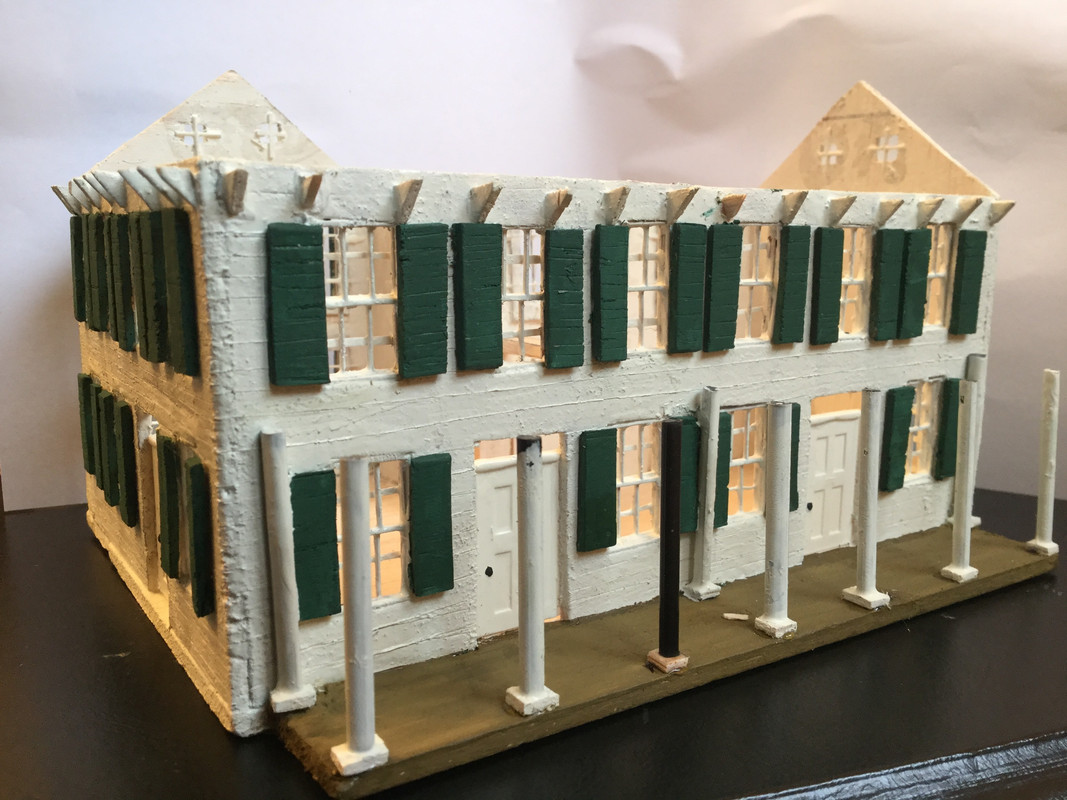 The model still has a long way to go before touching up the paint splashes etc but at least it is moving in the right direction.
Nach oben

I have now added the roof and chimney pots.

The drainpipes and guttering apart from the main porch one have been added too. 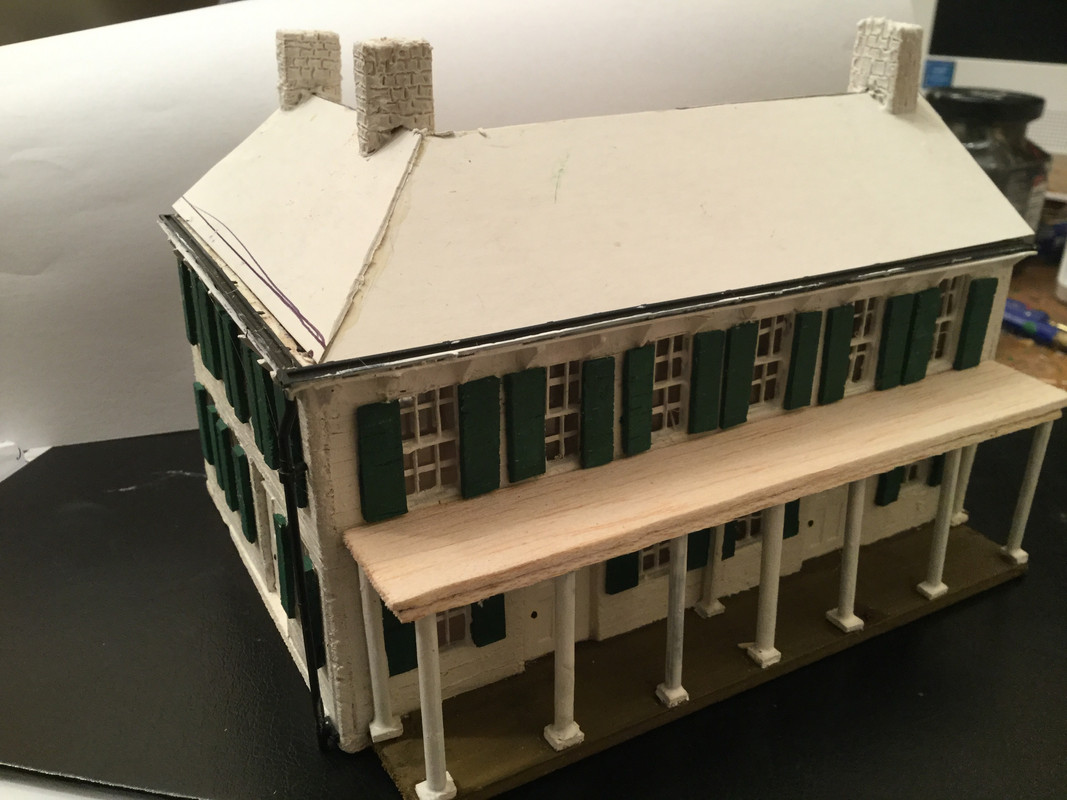 The front porch has been constructed with balsa and cut down plastic railway fencing.

Whilst it is not entirely correct I feel that it gives the correct impression. 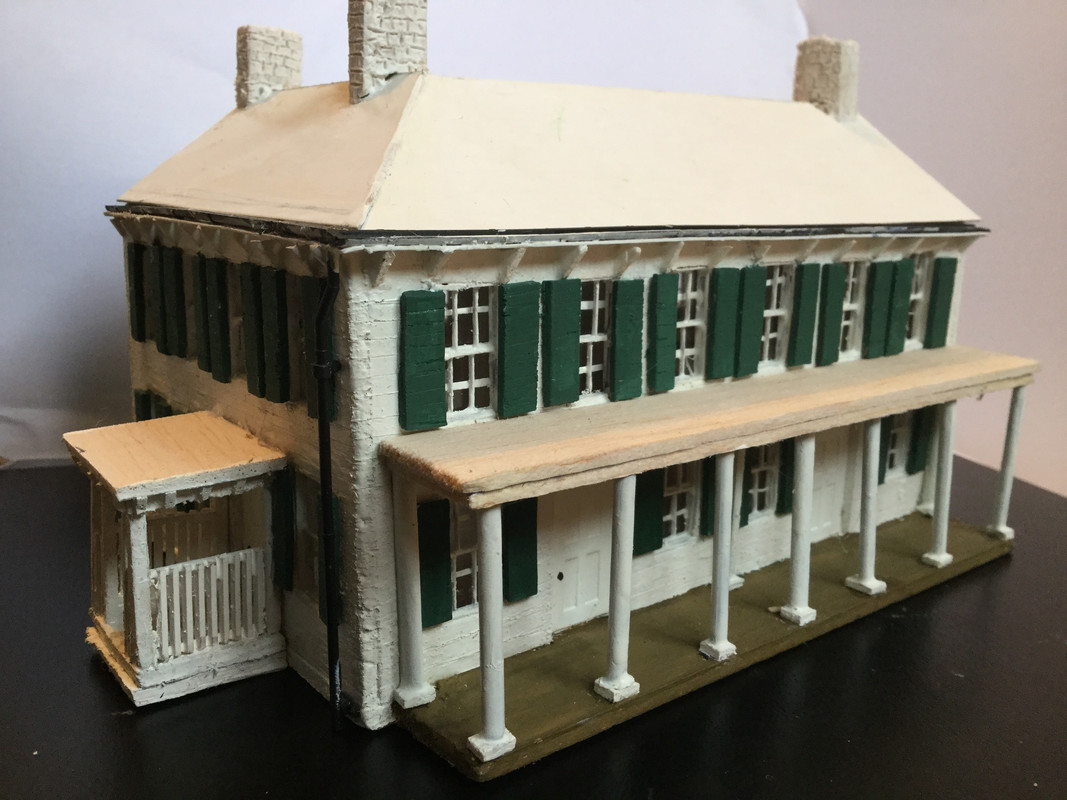 Tidying up and painting are required but the end is in sight.
Nach oben

I absolutely love it!
Great stuff: it does have the "old mansion" feel to it.
Cannot wait to see it completed.

Built in approximately 1760 and located just west of the West wood this farm was leased to Alfred from Mary who resided in Lancaster, Pennsylvania following her marriage to Jacob Loacher.

It was used as a Confederate field hospital during the battle and was very close to the fighting.

Alfred tried unsuccessfully to claim compensation after the battle and eventually moved to Iowa in 1870. However the farm stayed in the family name after his step brother George purchased the property in 1898. The building and land were eventually donated to the National Park service in 1991.

This picture taken in 1940 and the present one show that is now in a very sorry state although restoration is planned.

Once again the Library of Congress has proven invaluable. 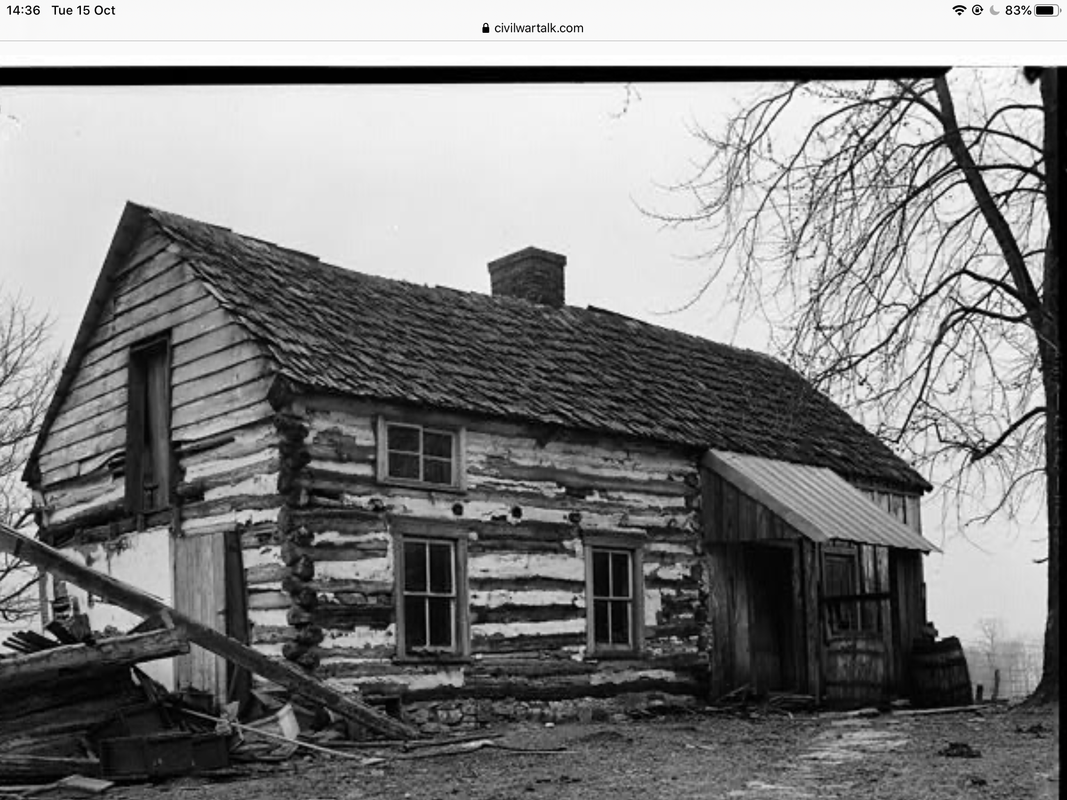 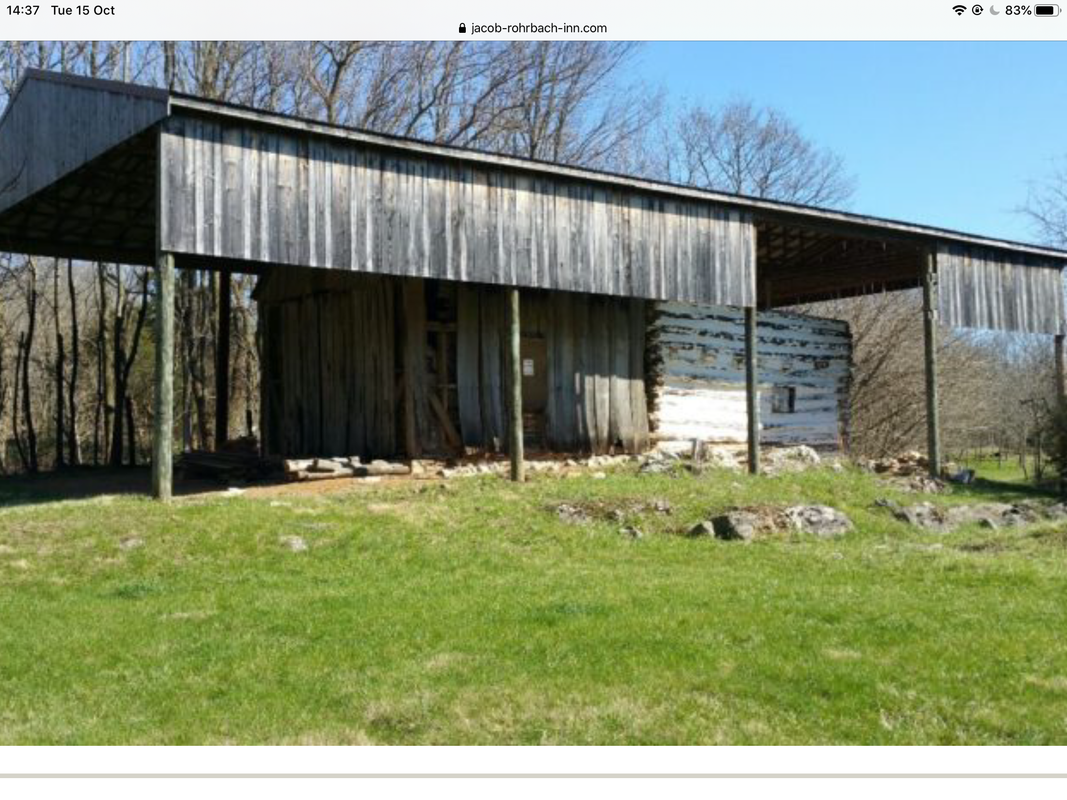 The property was a ‘half and half’ cabin being logs/caulk at one end and planking at the other.

I commenced by building a card skeleton and then added the balsa planked area and twigs from the garden. 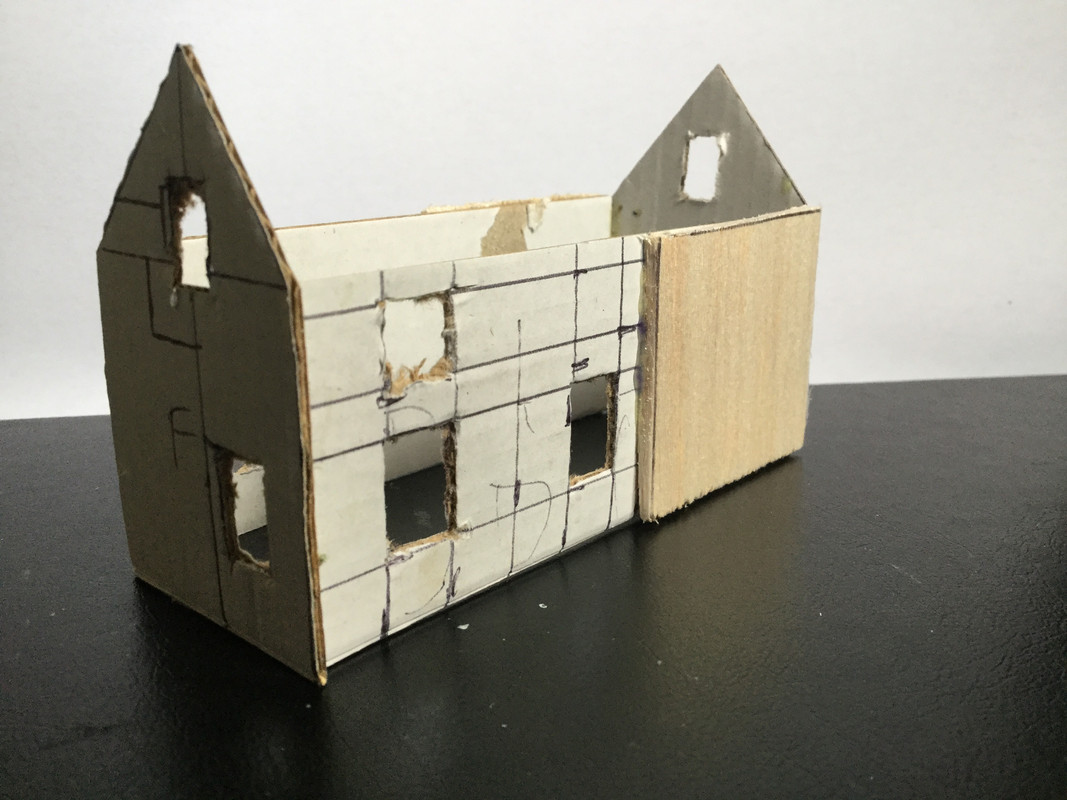 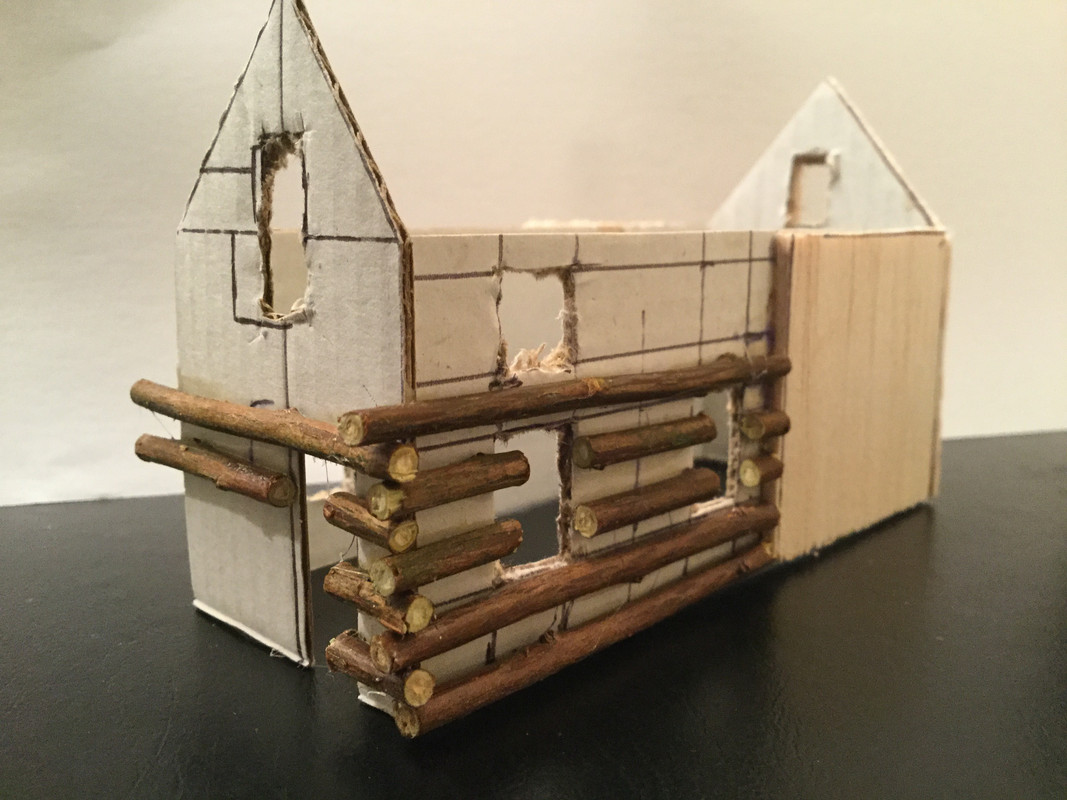 Decorators caulk then was applied to the logged area. 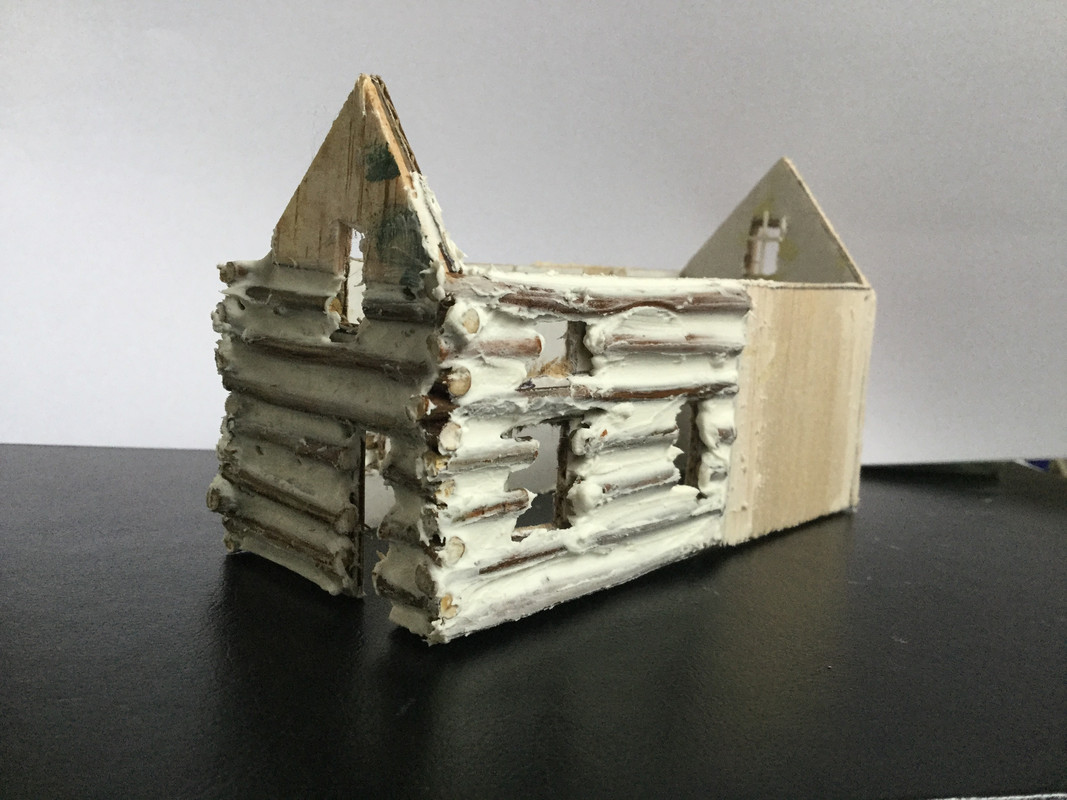 Sanding, trimming, cleaning up and window fitting next.
Nach oben

Just awesome. It is very impressive, with which simple solutions and everywhere available materials you realize these very realistic replicas.
Beste Grüße,

I have now completed the Mumma farmhouse and am very pleased with it.

As stated before the Confederates burnt it down but I do not fancy that. However, if in my re fight it is necessary, the interior has a position to place one of my ‘burn trays’ and that with a damaged roof, should look the part hopefully. 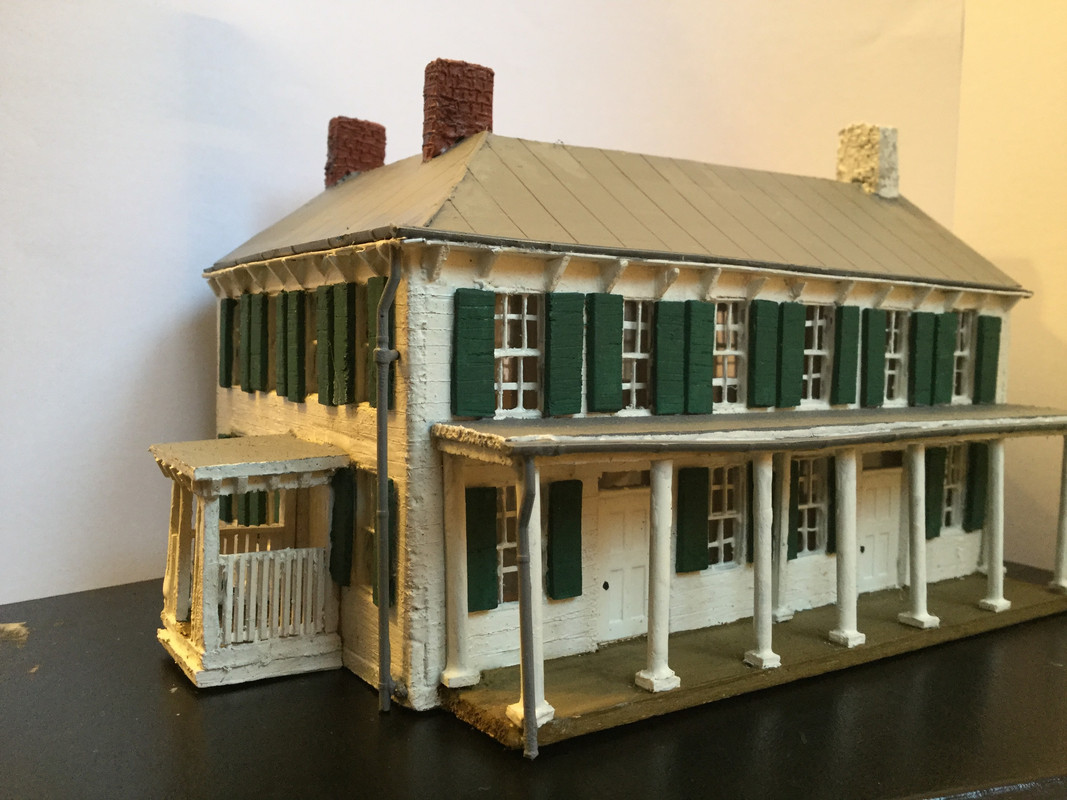 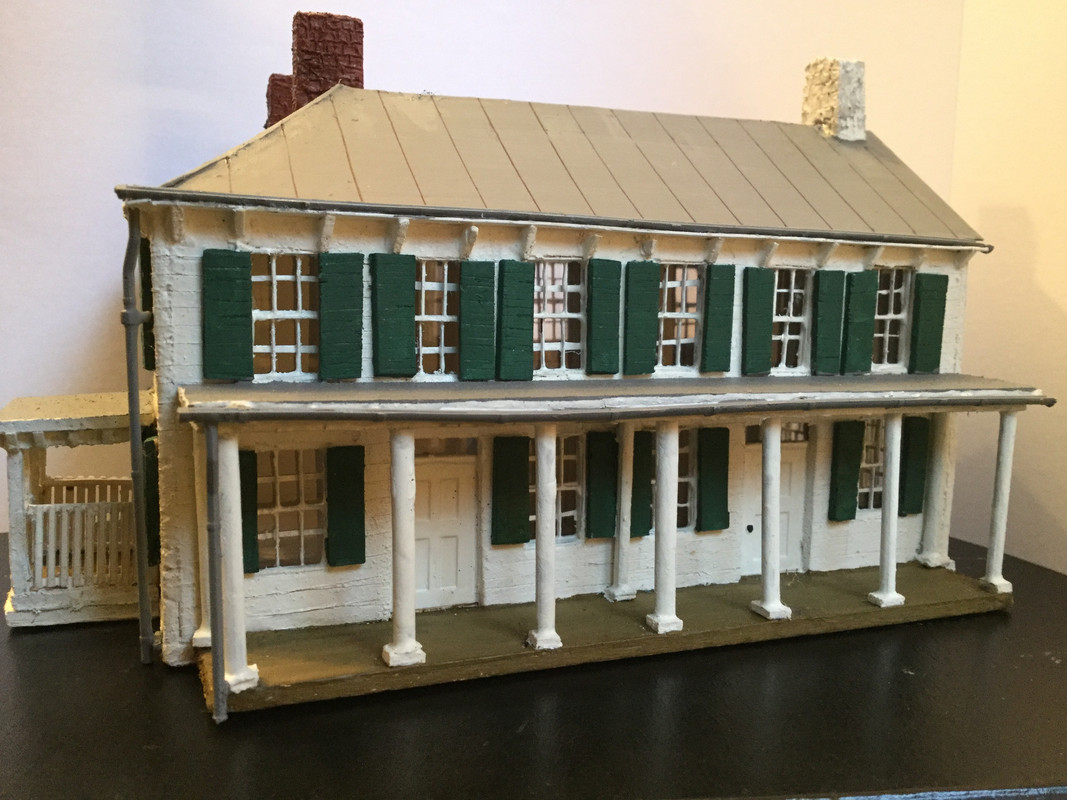 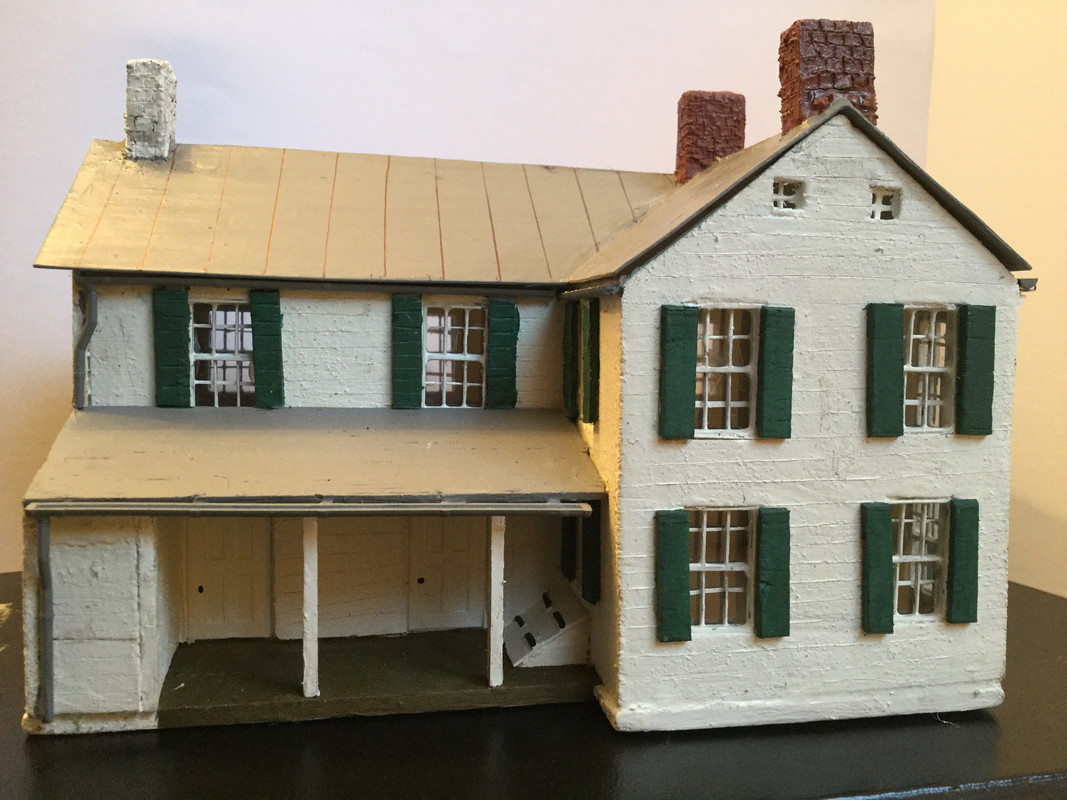